I actually started writing this post at the start of the week.  Unfortunately I didn't quite get it finished (not overly surprising though) I did for a moment think of scrapping it and trying again but then tonight as I was flicking through Hello Owl I noticed a linking up possibility so here it is.

Living in a harsh country such as Australia I understand that Mother Nature can have a rather nasty side to her at times.  I might not always like it but at the end of the day that is the terror that comes with such exquisite beauty.  For the most part I am able to maintain a balance which allows me great beauty with little to no risk.
My last camping expedition however left the balance a little out of whack.
Given it was the last long weekend of the year, our bestest friends decided to join us on one last camping adventure.  Even though it is only an hour's drive away we like to be able to stay for two nights.  Packing up three kids is not exactly easy and a one nighter is not really worth the effort.

Due to DD1's hockey commitments and Hubs working we could not get away till a lot later than we really would have liked but still arrived with plenty of time to set up camp and have a play on the beach. as far as we were concerned from the moment we arrived all was well and we were without worry. 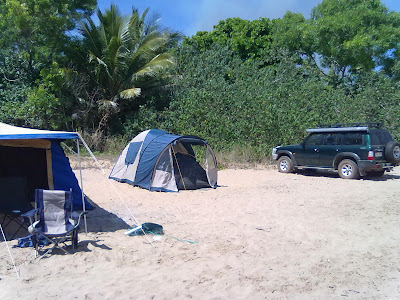 That was of course until about lunchtime the next day when the sky became black. 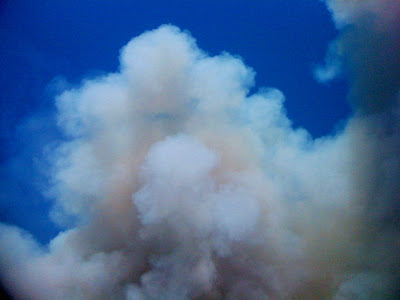 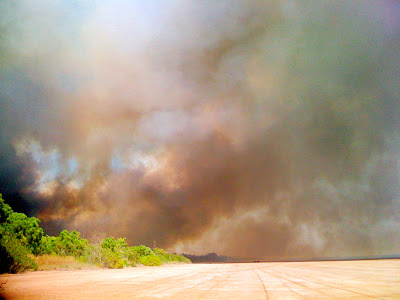 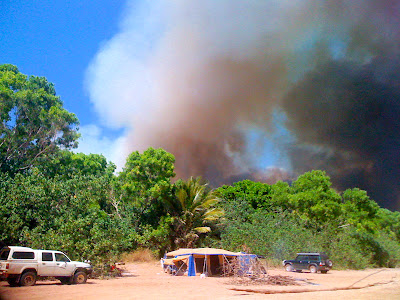 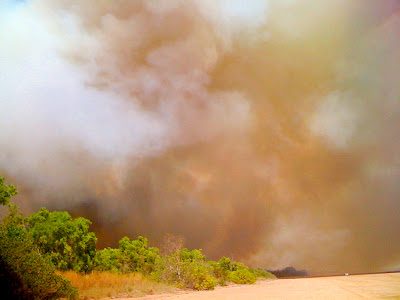 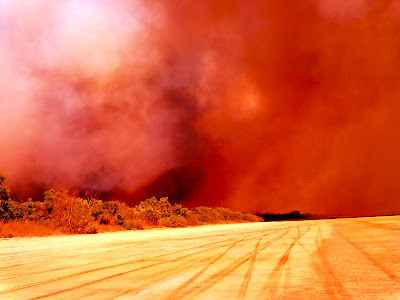 As it turned out we were incredibly lucky and the fire did not come as near as what we thought it would.  Once the smoke died down we went back to having not a worry in the world. 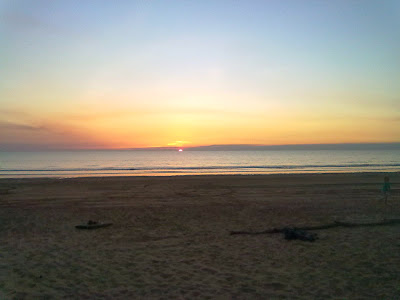 Email ThisBlogThis!Share to TwitterShare to FacebookShare to Pinterest
Labels: 2011, blogging, life, linking up