The start of something 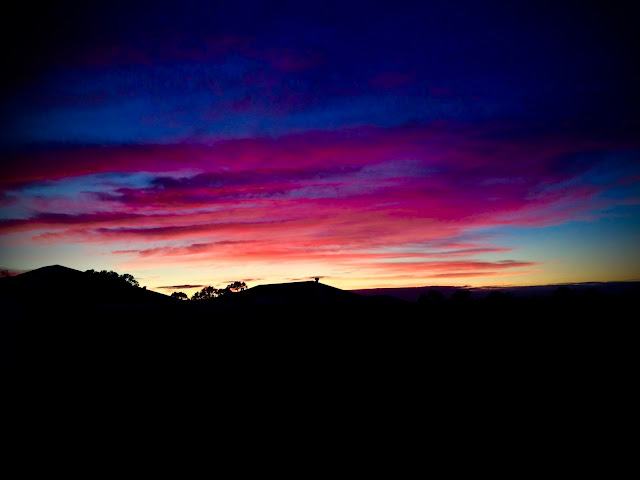 This is another of those sitting in my inbox since forever posts that I am not sure what to do with other than just publish.

The title is so fitting to so many aspects of my life though. I am always aware that I am at the 'start of something'. Sometimes I don't think I even know what that something is, I just know that it is something.

Anyway I am starting to ramble and since I have already done that once today I will refrain from any more. It is Tuesday and I have blogged and while I haven't for a while I am a bit excited to be joining in with #IBOT

It was hot and sticky.  The air thick and heavy.  The weather man said it might rain but what would he know?  He was only guessing anyway.  They all were. No one could predict the weather on a regular basis nor any other of life's daily events.  Apparently that was half the fun.  The unpredictability and uncertainty of it all, that was what was meant to keep people going.  Sure spontaneity and surprise had it's advantages but sometimes there was nothing better than a guarantee in life.  Of course these are few and far between but that is what makes them so great.  They are worth the wait.

If you waited long enough even the weather can be guaranteed.

In early October it is only guaranteed to rain if your car windows are down or your washing out.  This becomes void though if it is done on purpose.  Mind you the way the air hung so still there was no chance of rain tonight even if she had forgotten to get the washing in. Assuming of course she had actually managed to put a load on and hung it out.

It had been another long day.  Yet nothing was really accomplished.  She seemed to wade through life without ever touching the bottom or even the sides for that matter.  She certainly wasn't complaining though.  After all no one but herself was the master of her destiny.  Not even the fairies.  Sure they could lead her in the right direction but the choices to make were all her own.

Time and time again she had wished for them to just be able to tell her which choice to make but they never did. Nor would they ever.  It was always the same old answer.  "You must choose yourself, follow your heart"

How was she ever supposed to follow her heart when quite often her head was in disagreeance?

She got up.  Peeling her back from the plastic chair as she did.  How was it possible to sweat so much in such a short period of time?  She had only been sitting outside a few moments and already the sweat was pouring out of her like a leaky tap.

It had been nearly 170 days since it last rained.  Her body longed to feel the cool wet drops rain again.  Surely it wouldn't be to far away now.  It was a little late this year but not yet long overdue. They had gone much longer without rain before.  The year of '73 saw 203 days without rain.  When it did finally come though it didn't stop for a week.

That's how long ago I sat down to start this post, three days.

I mean obviously I haven't been sitting here all that time because I am a mother and as such in that time I have had to feed and tend to the family, not to mention working on top of that as well.

It is now some nine days since this post first sprung into creation, yet failed to actually grow into anything of publishable worth. Though it feels like so very much longer. This whole working nights thing is really cutting into my writing time and ability. Still it must be done.

Anyway here is what I managed to get out when I first sat to write this.

I swear not just two minutes ago my head was filled with a thousand different thoughts. All of them totally amazing and ready to drastically change the world as we know it. Or at least my world and how I know it. 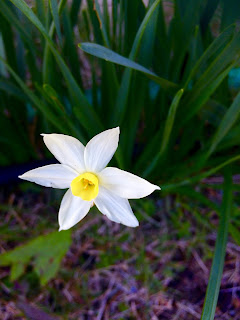 Of course by the time I manage to open a browser and get to the insert-a-post page on Blogger, my brain has suddenly become void of any coherent thought pattern and is instead filled with a thousand. or possibly even more, distractions. I am not to sure why this surprises me because I have always said that I have the attention span of a gnat. If of course you assume a gnat has an incredibly short attention span.

Easily distracted is certainly an understatement when referring to me.

There just always seems to be so much on the go at one time that I feel the need to do it all at once. Clearly prioritising may not be a strong point of mine.

And bang fast forward some three months till today. That's how long this draft has been sitting in my inbox. I don't like having drafts. I like to just put it out there as quick as I can. Raw and unedited, straight from brain to screen.

In reality little has changed between then and now. Well apart from it getting colder. The cold is so consuming. I just constantly feel numb and frozen.

At least when you are sweltering in the heat you can go and jump in the pool and cool down. The cold just makes me want to curl up and hibernate till spring. Just over one more month. It is my constant mantra. Soon the sun will really start to shine.

In the meantime I just need to remember to make the most of it when it is here.

Earlier today I was out wandering the streets and somehow managed to write a rather long Instagram post. Which I must admit, it felt rather cool. My brain felt like it was slowly returning to life as I once knew it. Where I only had to think about starting a new blog post and before I knew it words would spew forth at knots seen only on the stormiest of seas.

I had more ideas in that half hour walk to school and back than I have had in a whole year. Or at least that was how it felt. Mind you fitting all them into one little Instagram post was beyond impossible. 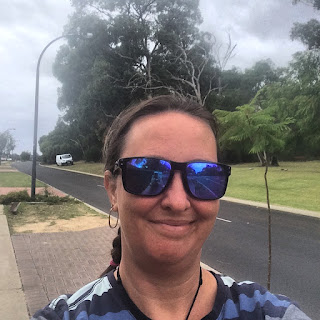 Oh hi there! I'm Rhianna and it is so nice to see you stop by.
Though I know heaps of you already know that but I just wanted to introduce
myself to any newbies that might have joined me.
Anyways I am currently locked out of my house and therefore roaming the streets in the search of keys.
Not that I really need to search as such because I pretty much know exactly where they are.
Hiding in Zany's school bag (which is naturally with her at school).
Which is exactly where I told her to put them this morning. I just didn't realise I would be going home this early.
It's all good though because I was meant to get up early and go for a run but I didn't. So this will kind of make up for that.
I would have run down here had it not been for the fact I was wearing old crappy sneakers
that hurt last time I wore them running.
My particularly #awesome #pt #fishlockedjo has given me a little workout session to do so
I will bang that out as soon as I get home.
Changing the topic slightly, can you see that white van in the background? Looks suspiciously dodge to me. Agree? Originally this post was supposed to be about that van
but I got so busy rambling away I am now totally side tracked.
On another side note hands up who knew I once had a blog called Rhianna's Random Rambles
but I changed it because I thought it was to long and ramble?
Anyways for a micro blogging platform I am pretty sure this post has gone on for far too long.
Which is kind of a good thing because it means words are finally flowing for me which has not happened for a while now. Maybe it's time for a(nother) new name?

For example I never got to explain how uncomfortable I was sharing that particular image of myself because I didn't like the look of my chin and neck. But it was the only photo in which I would have had the white van in there as I didn't think of having it photo bomb my photo until it was nearly out of sight.

So I stuck with the photo that made me slightly uncomfortable to look at because I knew no one other than me would think ill of it. Plus I really wanted to show off my pretty braids. I was expecting to be doing some grubby yucky work today so I thought it best to keep my hair neatly out the way. I didn't think anything of it till I bumped into a man I met early last year. He was with some mutual friends who went to introduce us but I told them there was no need. Turns out there was though because apparently having my hair done in such a fancy way made me unrecognisable from last year.

Having the white van in the image was important because I wanted to talk about how judgey I felt thinking it was up to no good or perhaps even watching someone who was up to no good. Because obviously a white van like that is either an undercover surveillance or criminals. People don't just have big white vans with super dark tint because they like it.

Email ThisBlogThis!Share to TwitterShare to FacebookShare to Pinterest
Labels: 2016, a new life, about me
Newer Posts Older Posts Home
Subscribe to: Posts (Atom)