Slowly, slowly ever so slowly

That is about the pace at which this blog is growing. Not overly surprising since that is pretty much how I progress at anything. Actually it is more like a slowly slowly ever so slowly, then a leap and bound before resuming the slowly slowly.

I think the biggest problem is the fact that I am not really sure what I want this creation to be. I have become so used to writing about parenting stuff that on the one hand it seems only natural to continue. On the other hand of course it feels slightly stale and boring and maybe time for something new. Then again the comfort of what I know makes it hard to break away...

Where to go? What to do?

I guess for the time being I will just plod away, post by post, come what may and see what grows. So far I have only shared the blog with one other person...I think it is nearly ready to be publicly unveiled... a few more posts first I think
No comments:

Email ThisBlogThis!Share to TwitterShare to FacebookShare to Pinterest
Labels: 2010, dreams, growing up, Growth

A picture speaks a thousand words

Of course that is only the case if you pick the right picture.

I had planned to put a pic in this post but deciding on the right one became to much. Staring at the home page of the much loved stock.xchng I couldn't even think of a theme to search for to get me started and naturally nothing on the page was jumping out at me so I left it. After all it was late and I was tired and while it had been a while since my last post I just could be bothered to go through with it.

Tonight when I opened this post I thought rather than go through the whole stock.xchng thing again I would just use one of the scenic shots I recently downloaded. I am not exactly a budding photographer, but I do have a relatively flashish camera that every now and then provides me with a rather nice shot.

Anyways...when I went to check the link I inserted at the top of the page was working the following photo jumped out to me 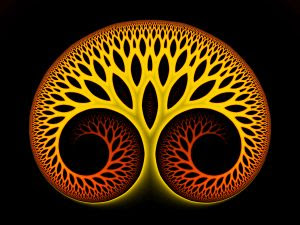 It is titled the self absorb tree and it is the name as much as the picture that appeals to me. Right now, more than anything in the world I want to be self absorbed. I want to think only of my own needs, my own wants and desires, my own heartache and break... of course, as a mum, wife, possibly just caring female, this is not possible.
No comments:

A dear friend of mine (I say dear because we have known each other for some 15 years) has a fantastic blog called from Highlights to Housework, it is still only in the early days but has some great posts. The latest of these is about female body image with special concern to mothers.

As a mother of three I am not actually a supermodel. But then I never really thought I was... well not super... I certainly had some sort of model qualities about me in my younger years, not perfection but everything in all the right places if you know what I mean. Which at the end of the day counts for a fair bit.

Since the birth of my third little angel though it has been brought to my attention that I am in actually fact far from the model qualities of my younger years...unless of course there is a new modeling look that resembles a beached whale. This is all rather concerning for me and since it is a relatively new awareness I am not really sure how to deal with it.

Apparently there are a couple of fads going around called diet and exercise perhaps I should give them a go...in the meantime I will just remain in my little bubble of years ago
7 comments:

Breaking habits is hard to do... be it smoking, eating, swearing, attitudes, or any other number of activities which we as humans seem to repeatedly take part in when perhaps we shouldn't. Change is never easy and hence the reason for the existence of the term "set in their ways".

Repeating the same thing creates a sense of comfort. There is something soothing about the sense of security that is created when one partakes in a repeated activity. Based on past experience we are fairly sure that the event will be in some way rewarding or pleasing (at least in the immediate to short term) otherwise we would not repeatedly carry out the act.

I think it is fair to say that I have a somewhat addictive nature. Though with enough effort I know that even the baddest of habits can be over come. Naturally these are the words of a reformed smoker. After being a nicotine inhaler for over ten years I take pride in the fact I have been able to give it the flick. I must say it took many attempts, one of which involved a failed blog (here if you are really that interested)

Often one bad habit is just replaced with another and while there is no direct replacement for my old nicotine habit, the fact I no longer have to get up from the computer means I am able to feed my addiction of mindless computer games for longer. Though as this old rambles post shows this is not exactly a new thing for me. Proudly though I say my attraction to PackRat has been replaced by the all consuming FarmTown which I have slowly been weening myself off with the introduction of Monster and Bubble Worlds....If only there was a way to make writing as easy and mindless as FaceBook games
No comments: