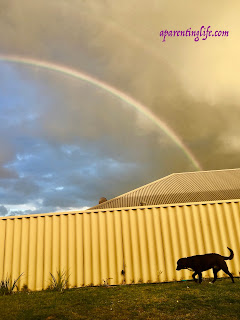 I mean I'm here so that is a start I guess.

The wind is blowing just a little to hard for my liking. It is probably only a strong breeze really, but there is an icy chill to it harshly reminding me just how close to Antartica I am. Which if you are new here I am not actually close to as such just closer than the tropical paradise I grew up in.

It turns out that the novelty of experiencing spring quickly wore off when I discovered that spring doesn't actually just magically appear because the calendar said she should. You would not believe how disappointed I was.

Though the sun is actually shining today so I shouldn't complain too much. Her appearances round here can be a very half hearted effort at times. Can you tell I love the sunshine?

Back in the Territory I just assumed that when the sun got up she always went at full pelt and tried to make it as hot as possible. Give it her all to send as much warmth as possible our way. Turns out down in the South West the sun is a little more lazy.

It's like she goes fine I'll get up and shine but I'm not going to put any energy into.

That's probably all of got for today. The chill is just too much for me to deal with. And besides that I'm starving and I only have 90 minutes before I leave to pick up Lovely, watch Teapot's school assembly and get myself to work. Naturally there are 5 million things I need to do in that time

Email ThisBlogThis!Share to TwitterShare to FacebookShare to Pinterest
Labels: 2017, day to day 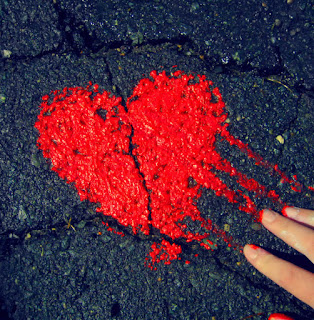 I love you so much
Your kisses, your smile
Your aura brings a smile to my whole being.
Being with you is like being in the warmth of the sun.
Enveloping and comforting.

Touching you feels like silk beneath my fingers.
A feeling that you never want to let go of.
Something that you want to caress forever.
And ever.

Your hands on my body
Your lips on mine
Put me in a state of ecstasy.
The whole world is forgotten.

You make.
You complete me.
You are all and everything.

Without you I'm lost. 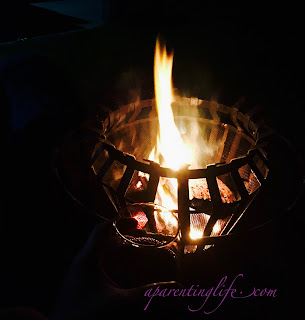 Actually it has been more than a while since I last tried to share here. Well over a year in fact. And a for a long time before that I only only shared sporadically. I stopped feeling like I belonged here. It no longer felt like my space.

I did try and create new spaces but they didn't really feel right either. For a very long time it felt like I didn't belong anywhere. And by anywhere I don't just mean the online world. I was also having troubles fitting into the real world.

Truth be told I'm still a little scared about where I do belong but there is a louder voice yelling out to me that says of course I belong here so just write. So that's what I'm going to do.

Life is it's usually busyness. However it is filled with mundane everyday occurrences so it also seems there is a lot of nothingness.

Working nights for the last two years has taken quite a toll on me. Which is something I have only recently discovered and I was quite frankly taken by surprised by.

Thankfully the universe had my back and the planets aligned so that a more day based position became available when I needed it most. A chance to learn a new department and do something different is always welcomed in my book.

So what else have I been up to I hear you ask?

Well, not a lot really. That is part of the toll that two year of working nights has taken. I was so burnt out and tired from only four to five hours sleep in a twenty four hour period I had no energy to do anything of interest. Life has merely been a case of putting one foot in front of the other and hoping that eventually I would get somewhere.

Somehow I have managed to squeeze regular exercise into almost daily life. It is probably fair to say that I am fitter than ever before. April saw me run my first half marathon. Sunday just gone saw me run my second. I may not have broken any land speed records, but I didn't come last either. I also didn't actually prepare for either event I just hoped that my body was up to it. Thankfully it was.

I did it! I’m not gunna lie, I found the last 6km super hard. So much harder than I remember from last time. On the upside though I somehow managed to shave a few minutes off. Not as many as I would have liked but I’m still pretty happy. After last week’s 10km I was adamant that next year I would run a full marathon. Right now I’m not so sure. Maybe I will settle for putting in some proper training for the half and see if I can go faster. #timewilltell #runrhiannarun #bunburysurftosurf
A post shared by Rhianna Writes (@rhiannasrambles) on Oct 14, 2017 at 9:21pm PDT

My brain fluctuates from having so much to say to complete emptiness in micro seconds.

Obviously it is currently in the complete emptiness stage.

Lovely is messaging me. Demanding if I want more help around the house I need to buy new furniture. That child drains me so some days.

No wonder my mind is blank.

I promise I'll be back soon

Email ThisBlogThis!Share to TwitterShare to FacebookShare to Pinterest
Labels: 2017, a new life, being me
Newer Posts Older Posts Home
Subscribe to: Posts (Atom)