There are approximately seventeen and a half minutes till I need to depart for school pickup. Possibly twenty three if I committed to walking super fast and maybe even twenty five if I ran or rode the bike.

So obviously it is the perfect time to sit and try writing a blog post.

I think about blogging and writing all the time. Finding the time to do it is another story altogether.

I think back to my time in Darwin, before #ouradventureofalifetime and wonder how I ever managed to make as much time as I did to be online. Deep down I know the answer mind you.

It happened because there were so many other things I let slide. Namely relating to housework and tending to the every need and whim of children.

Now that we are renting, which means living in somebody else's house, I feel somewhat obliged to be a more dedicated housekeeper. After all, I am now responsible for their most valuable asset. Talk about pressure. And stupidity. Surely I should have been able to apply the same logic when I was responsible for maintaining my own most valuable asset?

Thankfully winter has passed and the onset of spring has well and truly put a spring in my step. It feels somewhat similar to the dry season back home. The air is filled with a freshness that words can't describe. Gentle breezes make sure that the clouds continually float on by leaving the sky a sparkling shade of light blue. I feel energised and ready to take on all that may be thrown my way.


And that is how much I can write in fifteen minutes

Thankful to be getting my groove back 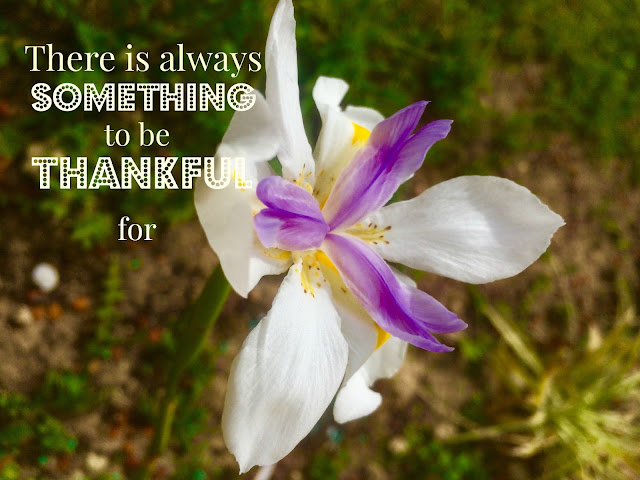 For regular readers playing along you would be only too well aware of the fact that the old Thankful Thursday posts have been a bit few and far the past month. Thankfully it has not really been because I couldn't find anything to be thankful for but more so I have just been flat out and unable to make the time to sit down and blog.

This week however, a change has come over and somehow I have found myself with a little more time on my side. Which I must say has been all kinds of lovely. For the first time in I don't know how long, I feel like, at least for the moment, I may actually have my act together. And it feels incredibly awesome.

What also feels incredibly awesome, and also a little strange, is that I feel more like me than I have for the longest time as well. The strange part is that I didn't even realise I had stopped feeling like me, but I must have because right now I am almost overwhelmed with how much I currently feel like me. And boy does it feel good.

I guess the fact that I am sitting here, in my bra and shorts so the purple hair dye I just put on doesn't stain my top rather than doing dinner preparations is testament to just how me I am feeling. It is has only just gone past lunch time so there is still plenty of time for dinner to be prepared, I just wanted it out the way as I have my first bootcamp session this afternoon.

But back to being thankful.

This week I am thankful for

* timing my shopping at the same time there were heaps of meat specials. I was able to pick up a whole week's worth of meat at half price
* having had some dear family members come and visit for a few weeks
* being able to take said family members to the Valley of the Giants and hang out in the big trees for a few days
* weekend sport having come to an end
* warm and sunny weather. My pasty white legs love being in shorts
* finding a surprise flower growing in my garden
* having some writing I didn't like being well received. Though part of stupid brain keeps saying people are just being too kind
*getting some blogging mojo back

Email ThisBlogThis!Share to TwitterShare to FacebookShare to Pinterest
Labels: 2015, being me, finding me, Thankful Thursday

A day at the beach 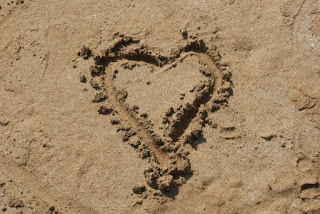 Just putting it out there

It is a most beautiful early spring morning. Early in spring rather than actually early in the morning mind you. The kids have all been deposited at school, well The Little Two have been, The Teenager is still at home in bed. She has been unwell for a week or so now though she assures me she is going to school today just after the first period. Normally I would be fighting with her and pushing her to go but today I just don't have it in me. Not when her body desperately needs to rest.
Instead I have brought myself here. 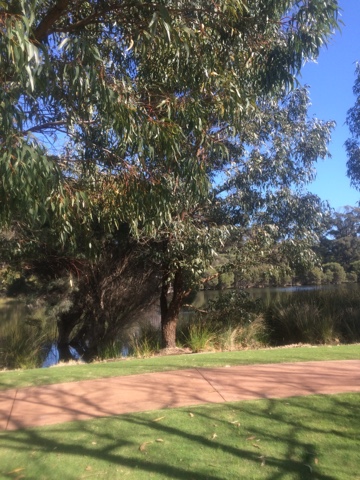 There is coffee and a gentle breeze. Though the gentle breeze I could almost do without. While the sun may be shining there is little warmth in her golden rays.
My ears are filled with the sounds of birds calling img and singing out to one another. Willy wagtails and ducks are the only ones I can name though. The others flitter about in the tops of the tress making me unable to identify them. I manage to catch a quick glimpse of a very small olive green bird. The colours similar to one we saw at Warren National Park earlier in the year. Mr Writes said they were called a silver eye on account of their brilliant silver eyes. I can't remember now whether I took his word or checked in the book.
It feels funny calling home Mr Writes now. He hasn't stopped being awesome just with the new blog and all I thought perhaps new names for us all was in order as well.
Sigh.
Not that it really matters I guess.
I've had to leave my beautiful spot and start heading back towards home. My day is awaiting.
When I first sat down and started writing this I thought it was going to be about how as much as I love being here I still don't really feel like I fit in. It's hard to find someone like me.
I mean I don't want them to be just like me because I love being unique, but just someone similar. You know, they like to write, have kids the same age, don't have to work every day...surely that's not too much to ask is it? If they liked to go for a run every now and then that would be even better.
Just putting it out there
Joining in with Alicia for Open Slather
No comments:

Email ThisBlogThis!Share to TwitterShare to FacebookShare to Pinterest
Labels: 2015, being me, finding me, just writing, linking up, Open Slather 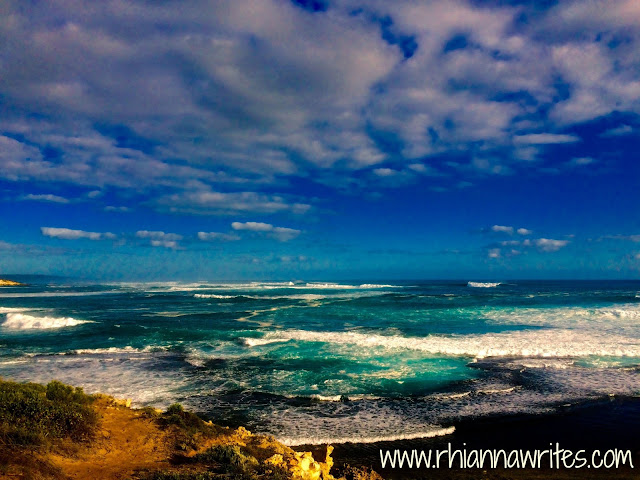 For the first time in I don't know how long, Tuesday saw me opening up the laptop with the intention of actually writing something. Somehow the day had found me with a few spare minutes and my thoughts seemed gathered enough to actually share in a coherent fashion.

In one of the many blogging groups I am part of someone had shared a post saying they had written a post about all that happened to them in August and they had included a linky if anyone wanted to join in. Of course now I have no idea at all who that may have been.

Since it was Tuesday and I was blogging it meant that I could have also linked it with EssentiallyJess for IBOT and had a double whammy for getting people to drop by. Especially since it was a text conversation with Jess the day before that had inspired me to try and spit some words out. She's good like that.

Anyway, there I was, laptop open, words poised to start flowing and suddenly I found myself trying to design a new header.

Yep. I know. It makes absolutely no sense whatsoever, but there I was fluffing around with some stupid new drawing program that I had no idea on how to use and getting frustrated at it not doing what I wanted.

It is fair to say I can be more than easily distracted.

You see when I thought about starting this post it was going to be a somewhat deep and meaningful. I was going say something about the tragedy of Aylan and the horror of what is happening in Syria. Only I can't.

My head literally starts to hurt the moment I start to think of it all. My stomach churns, who is to say that the blessed life I live here couldn't just one day disappear because of the decisions made be the powers that be. Though this time I refer not to the celestial beings I normally call the powers that be but instead the politicians who are meant to be in charge of the nation's best interests.

While fighting with what words to use and where to start my washing machine kindly keeps beeping at me. Reminding me that the towels still need to be hung out. They would probably be dry by now if I had of gotten up at the first beep.

I so wanted to say something of worth though.

I wanted to stop making excuses for not making the time to write.

I guess at least some writing has occurred now so perhaps I should just be happy with that. There is still a floor to swept and mopped and of course the towels to be hung out. Oh and the dishes. There is always the dishes.

There are probably many displaced women who at the moment would give anything to have all of that as their biggest concerns. Talk about perspective. She says as she flits over to a new window and starts filling out a form to join an exercise group...