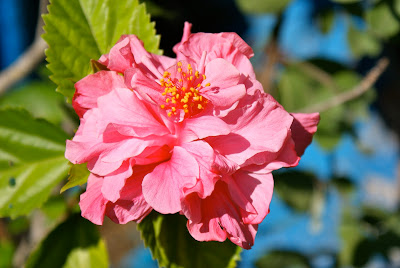 As I sit down to write this post the thing that I am most thankful for is the ever so yummy slice that I found hiding away in the fridge.  It teams particularly well with the glass of red and lightly whipped chocolate that I also discovered in my refrigerator raid.  It is a lovely way to end the day.  Not that there was anything particularly deserving of such treats but hey what's a girl supposed to do?
The next thing I think I am going to be thankful for is the fact that it is nearly bedtime.  Actually now that I see it is 9:59 I am thinking that it could very well be bedtime (once I finish my wine that is).  I had hoped to have this post all finished and ready to schedule post at 7am Thursday (it is currently Wednesday night) but now that doesn't seem so important.  Now sleep seems like all I can think of.


Now the first thing I am thankful for is my awesome cup of coffee and my super early night last night.  I would like to say I am thankful for the peace and quiet that comes from an early morning rise only with two out of three children up with me it is not exactly a peaceful quiet time.  Instead I give thanks to hub's colleague who kindly started sending through text messages at a little after 5.30am.  Which may I just point out is around half hour before hubs and I usually elect to start our day and a good hour earlier than when children normally wake.

So how can I be thankful for this I hear you ask?

Easy!  Because of our extra early rise I will be able fit in an extra load of washing before the school run as well as getting a few extra little chores out the way.  The super early start for DD3 will mean her morning nap will also be nice and early which should make way for an afternoon nap right when I need to go to school.  Which is perfect as she can sleep in the pram while I get done what I need to.  So really I could not have planned it better if I tried.

More things to be thankful for include the fact that my beautiful sister is coming for a visit tomorrow.  She will only be here a few days but it will be wonderful just to have her near.  To see her swelling belly and smiling face.  I am thankful also to my sister in law taking me out on Monday night, without children.  I can't remember the last time I got dressed and didn't have to think about whether or not I would be able to expose a breast to feed a hungry child should the need arise.  We listened to Jack Thompson read classic Australian poetry under the stars.  Totally awesome.  Makes me thankful to live in a place where even in 'winter' you can sit out under the stars.

Finally I want to give thanks for our health.  Not only are we free from any serious illness, for which I am constantly thankful, but in a week that has seen many go down with bugs of all sorts I feel blessed by the fact that this household has somehow managed to escape.  Touch wood it stays that way and I am sending out healing fairy wishes and butterfly kisses to all who need them.

So what are you thankful for?

Email ThisBlogThis!Share to TwitterShare to FacebookShare to Pinterest
Labels: 2011, life, linking up, thanks