I didn't write a blog post, well at least not on the 2nd of January I didn't. I don't know why. I can't recall what I may or may not have been doing. All I do know is whatever happened it obviously wasn't blog worthy. I did however share some of the discoveries that I made in 2011. Which in 2013 seems like so long ago.


It kind of got me thinking to what discoveries I made in 2012.

Sadly I didn't exactly get a plethora of ideas run through my head. Mind you that might be based on a few outside influences. My eyes are dry and sore, my head is trying oh so hard not to pound and while it is *only* 10.30pm I feel utterly exhausted.

It was a big day at the office today. One that I pretty much have to switch to auto pilot to in order to get through it all. Miss Eleven went to spend some time with her biological father.

Even just typing those words causes my head to feel like it wants to implode. I carry much guilt about choices I made in my early twenties. I try not to because ultimately they brought me to where I am today and with that I am truly happy with. It is just some of the pit stops along the way I could have done without.

So why am I here when bed would obviously be a much wiser choice? (Though I can hear Mr Awesome saying when is bed not a wise choice)

The main reason is because it is the new year. A point in time when hopes are held high. Where dreams are big and anything is possible. If even for only a fleeting moment.

People the world over make elaborate promises, plans and elect to rise to any challenge. Many of which turn out to be nothing more than completely unattainable goals.

Resolutions and I have never been friends. My expectations always soar to ridiculous heights.

Though it has been around three years since I last had a cigarette. Same for Mr Awesome as well. I am so incredibly proud of his efforts. It wasn't so much of a new year thing though as it was just the right time, because that is the best time controllable changes like that can be made. When the time is right.

Of course the other option is to just sneak them in but you need to have your wits about you with that one. Every time I think I have snuck exercise into our regular routine something comes along and blows it out the water.

One thing that I am always trying to do is write more. Which is the correct answer to the why am I here question earlier.

Not that I have set myself up any goals or hopes or resolutions or anything like that but I would hate to think that in a week or so when I finally get around to it I have have taken away my opportunity to blog every day for a month.

So now that is out of the way 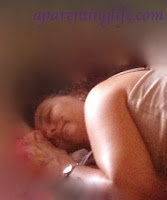 Stay tuned though, I do have some grand plans in coming posts.