More Things I Know About Running

Or lack there of.

I know that taking a break from running over the festive season and then suddenly expecting to still be able to cover the same distances in the same times as before the break is just ridiculously crazy.

I know that tomorrow I am probably going to be a little stiff and sore. Today was so much harder than what I expected. 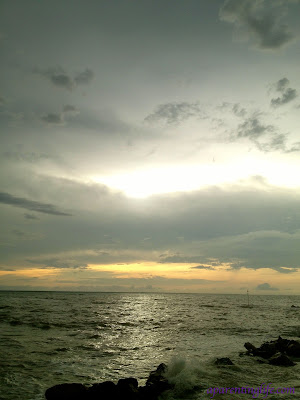 I know that there were many benefits to my run tonight. One of them being able to breath in the beautiful salty air as the waves of the high tide crashed onto the rocks as the golden sun began to descend into the glorious ocean.


I know that I can't actually remember when the last time I went for a proper run was so it must have been at least two weeks ago I would guess. I could probably find out from my phone, but it isn't next to me right now and if I get out of this chair it is to go to bed.

These next few are actually on my original Things I Know About Running post. As much as I know them sometimes I forget to remember which is one of the reasons I am repeating them now.

I know that they really are the greatest reasons to make sure I don't let myself into the slump of not running again. It is awful and I don't like it.

I know that if I go too long between runs I get grouchy and grumpy. Little things that shouldn't bother me do start to do so. Which then of course leads to big things that tend to get blown up even bigger and before you know it there has been an explosion of epic proportions leaving us all worse for wear.

I know that I kinda like saying I am addicted to running, since you know it is so healthy and all, but I feel a little pretentious doing so. After all I am still such a newbie that sometimes I wonder if I really should even call what I do running. (If anyone knows of the speed that signifies the start of running rather than jogging or even walking, please let me know) The speed question is still open for suggestions by the way. The best I have yet is incredibly slow running ;)

I know that being able to notice a difference in my appearance has made me want to run more.  It has also made me just a little more conscious about how I fuel my body and what I put into it. All of which can only lead to more good.

I know that the only difference that I can notice in my appearance at the moment is one of increase.

I know that the recent month has seen an over fueled and under used body.

I know that is all about to change...hopefully, possibly, maybe of course it will.

I know that I find it rather funny, that not 20 minutes after whinging over on my Facebook page about not being able to get a post out today...lo and behold a post! It is amazing what one can do when one sets out to do something.

If you know stuff you should totally go over to Miss Cinders and share all the stuff that you know, it seriously is the best way to get Friday underway. Not only that it is a great way to interact with some great blogs that you may not have already known about.