On a Tuesday, one of my most favourite fellow bloggers hosts a meme called Ten Things Tuesday.  This is an open ended list link up where all you have to do is share a list of ten things.  On a Tuesday.  Actually the link up is open all week so how easy is that? And plus, who doesn't love a good list?

I must confess it has actually been a few weeks since I have had ten things to share on a Tuesday but I am here today, well tonight, and that is all that matters.  We all know the importance of making things matter.

I started thinking of this post last night as I was writing my Me & YOU installment.  I had foolishly thought I could get two posts out in the one sitting.  Which may have been possible, had I not spent hours gazing through thousands of photos under the guise of filing them.  Mind you this just had  to be done so at least that little job is out the way.

So what are the ten things I have to share, well read on and find out.


Ten of the things that I believe

So there you have it, ten things that I believe in.  I probably have another ten in me but I will save them for another day.

Head on over to 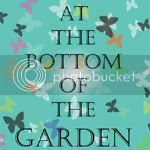