#IBOT is back in town baby! Are you the winner?

Now truth be told as I type it is actually still five minutes till Tuesday but I want to be super organised and have my post ready to go first thing in the morning.  That way, I can spend any computer time reading all the other lovely IBOT posts.  Which I must say is one of the reasons that I like joining in.

Now that Christmas has been and gone we are all slowly settling into the New Year.  Though really it will be a while before we really are settled as such here.  There are some major, and I mean major, furniture rearrangements about to take place here as well as an extensive decluttering.

Even though it has probably only been a week if feels like forever since I last blogged.  Which is why you are getting a somewhat conversational piece now.  Before I go any further though I must get a few housekeeping items out the way.

Last month I was able to do my first product review.  Which was exciting to say the least.  What was even more exciting was that it also allowed me to offer my first ever giveaway.  Which was super exciting.  When I first heard about the opportunity I thought it would have been a brilliant chance to use Rafflecopter and get peeps tweeting about me all over the place encouraging others to come and enter (yes I was oblivious to the fact my prize may have been what some considered small but hey a prize is a prize).

Only it turns out that I couldn't do a random draw as it went against some licensing commission.  Bugger. Instead I had a game of skill where contestants told me what it was they liked best about summer.  The most creative entry would be the winner, all selected by me.

After riding on the wave of self importance I realised that choosing the winner myself was not really as awesome as I first thought.  There were some pretty good entries.  The winner however is Erynne Campbell.  Fingers crossed Erynne is a dedicated follower and will read this not long after it is published. Just in case she isn't though I have contacted her by other means.

Thanks to all who entered.  It really did make me feel all kinds of special.

You know what else made me feel all kinds of special?
Seeing my gorgeous blog button over At the Bottom of the Garden

It really is the little things isn't? 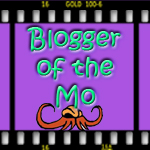 Well that's it from me today, well at least for now, I might try later for a Ten Things Tuesday post but only time will tell.  If you just can't get enough of me then here is yesterday's Me & YOU post, which is all about making it matter