That is what I am trying to tell myself. As long as we learn from our mistakes they were worth experiencing.
About six weeks before Christmas, maybe even a little longer, my old desktop crashed and burned. When I took it to the trusty repair man who had previously managed to bring it back to life a few times, he informed me that he was rather busy and would not even be able to look at for nearly a week. Now due to my Internet addiction, I began to feel rather uneasy. The thought of not being online for possibly over a week was almost too much to fathom.
As it was hubs and I had been discussing the possibility of purchasing a shiny new iMac for some time. (yes that's right we are members of the Apple fan club) As much as I dearly wanted one I just could not justify the money. Especially while I have a working desktop.
Only now the desktop wasn't working and getting fixed was quickly becoming a less feasible option. After a quick chat with the sales guy and a few
demos of just what an iMac could do I was soon walking out with a rather large box tucked under my arm.
Anyway
It turns out that the iMac was all I hoped it would be and a whole lot more. One of the selling points that one me over was the iPhoto feature. It is a wonderful way of storing and viewing precious photo memories. Which are of some importance to me. So you can imagine my excitement when I went to plug in my external hard drive ready to copy said precious memories on to new flash toy.
Now imagine my heartbreaking as a few bright sparks and little fizzing sound later my hard drive no longer seems to be working. That's right folks the back file of almost every shot I have ever taken in the last 4 years plus a few extra disks from days gone by was gone. Lost in a computer void I had no chance of venturing into.
Hubs did take it to a few places (along with the old desk top) but without much luck. The only options remaining were going to cost close to an arm and a leg or a month's worth of food. Neither of which were viable so I had sadly resigned myself to never seeing the photos again. I did manage to find a few disks around the place that meant all was not lost. This all happened around the time that Queensland and Victoria flooded so it was rather easy to be thankful for what I had.
Then out of the blue one day, a ray of hope. Hubs had been talking to a one of the IT guys at work and it just so happened he dabbled in a bit of data recovery and would be able to try and retrieve our stuff. At the time of hubs sharing the joyous news with me he made it sound like this would be a mate's rates type of thing.
Cutting a long story short he managed to save our files only apparently our understanding of the mate's rates concept varied greatly. After a few discussions we managed to come to a mutually agreeable figure (which was still more than I 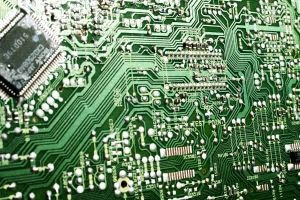 expected but apparently I am out of touch). I am still unable to decide if it was all worth it as the files are yet to be received at this end.
Anyway getting back to my point.
All this time I had been under the impression that the only thing of interest to me was the photos. I knew there were songs and videos on there as well but they are of little interest to me. They are out in the public domain and can easily be replaced, my personal photos are not. As such I have constantly repeated the phrase 'I just want the photos back...nothing else matter'.
Well today that all changed. I came across something else on there that I would dearly love to see again.
Way back in November 2008, I participated in my first NaNoWriMo I successfully reached the 50 000 word mark but never bothered printing the complete manuscript. After all it was at best a very rough draft. Regardless it was proof that I had some claim to the notion I had it in me to be a writer.
As you may have by now realised, today I became aware that the only copy of this untitled work was on that external hard drive.
So the lesson to be learnt?
MAKE SURE YOU BACK UP EVERYTHING!!!
In fact don't just back up. Have a few extra back ups around the place. In fact given how small some usb devices can be these days you could never have too many back up copies of things that are important to you.
Photo Credits here