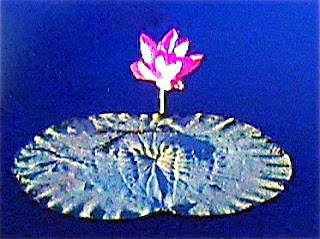 That is what I tell the girls when they are sad and that is what I need someone to say to me today. For the second day in the row I have driven the girls to school on the verge of tears and I have no idea why. Well actually maybe I have a little inkling but still no reason for me to be a tear drop.
Yesterday the tears were bought about by an old man the drove past me. He took me by such surprise that I nearly drove into the median strip. I have always had a bit of a soft spot for old men (not that kind of soft spot) and since dad passed it has only gotten stronger.
My dad (rest his soul) was an older man, which I never really realised till I was in my early teens, and even then I never gave it much thought. He was tough and strong and never really looked like an old man as such until he was well into his senior years. Anyway I always thought how lucky my dad was because unlike many people his age his family was still with him. There was never any real doubt that he would go before any of us. He never had worry about being lonely in old age as he had a young family to keep him company. So when I see a more senior gentleman I can't help but wonder if he is lonely or luck my dad and blessed with a young family that as my dad always said keeps him young.
Back to my point now.
The old man that drove past me yesterday taking me by such surprise not only looked like my dad but also drove a very similar car and even seemed to drive in a manner much like dad did before he stopped driving. So tears yesterday are sort of explainable. Tears today though....
(deep sigh)
Got nothing. No idea at all. Maybe it is just that time of month again, though that seems to have come around rather quickly, especially since I am still not actually on that wagon yet (one of the many joys of breastfeeding). Maybe it has something to do with the full moon rising, which is still a few days away. Maybe it is just because at the moment everything seems too hard. The house is a disaster zone (not unusual), no one ever seems to help fix the disaster zone (again not unusual).
Or maybe I have just had enough. Driving home from school I knew that DD3 would fall asleep guaranteeing me some quality writing time so I was thinking about what this post would see. My initial title was not Cheer up Charlie but more along the lines of
It's All About Me
Well I wish it was all about me. As a mother it is rarely ever all about me. That is one of the most endearing qualities of a mum, the way that she puts everyone else's needs before her own....
Generally speaking I am pretty fine with it not being all about me. In fact I love it not being all about me, well I used to. Right now, yes, I want it to be all about me, but of course that is not how it works is it?
Why the sudden change of heart? Well I am not really sure. It is my birthday next week, which normally I would be more than just a little excited about but at this point I am not. My sister, who shares the same birthdate, will not be here which always makes me a little sad. Actually a lot sad. Really really sad to tell you the truth. I thought the more birthdays we had apart the easier it would get but it turns out to be the opposite. I know that it wasn't that long ago she was here and it probably won't be that long till she comes again, but it won't be next week. To top things off my brother will also be out of town which just adds to my woes. The downside of being part of a close family I guess.
Back to it being all about me, or not as the case may be.
All I really want to do right now is just write and write and write and then write some more. I keep seeing some wonderful blogs with great followings and I just want to be the same! (little foot stamp) Right now! (patience has never been a strong point)
Well after all that I must say I am feeling slightly, actually maybe a lot better, than when I started. Now to go and be productive in the real world I guess
Photo credits today go to me!