Getting back to those I love

Where flying into Darwin a few days ago felt anything but like flying home, flying into Broome felt exactly like I was heading home. The excitement and anticipation of seeing my babies was sky high.

The first part of the morning dragged on for what felt like an eternity while I not so patiently waited for it to finally be time to leave. Only to discover that in my eagerness to depart I had actually brought forward the time in my mind. Thankfully though eventually the right time to leave arrived and much to mum’s disappointment she drove me to the airport.

I had been hoping that mum would just do a kiss and go drop off but she insisted on being able to spend every last possible minute with me. Which I guess I can kind of understand. Though it did mean I missed the chance to sit in the airport lounge tapping away on my laptop which always makes me feel all kinds of grown up.

The plane ride back to Broome felt much quicker than the one to Darwin, despite including a stop over in Kununarra. I guess my excitement and chatty passenger next to me probably had something to do with that.

Seeing our car outside with the girls faces beaming inside filled my heart with joy and soon had me beaming as well. They had been beachside camping without a whole heap of fresh water so had stopped in at some public toilets near Cable Beach to clean up before picking me up.

The lack of fresh water also meant that there was a rather large pile of dirty washing to also great me. Thankfully though Broome has a laundromat near the supermarket so we were able to put the washing on while we stocked up with supplies.

Heading out of town towards camp made my heart feel like it was going to burst. I had no idea just how much I was loving this nomadic life of ours till I was removed and then returned to it. 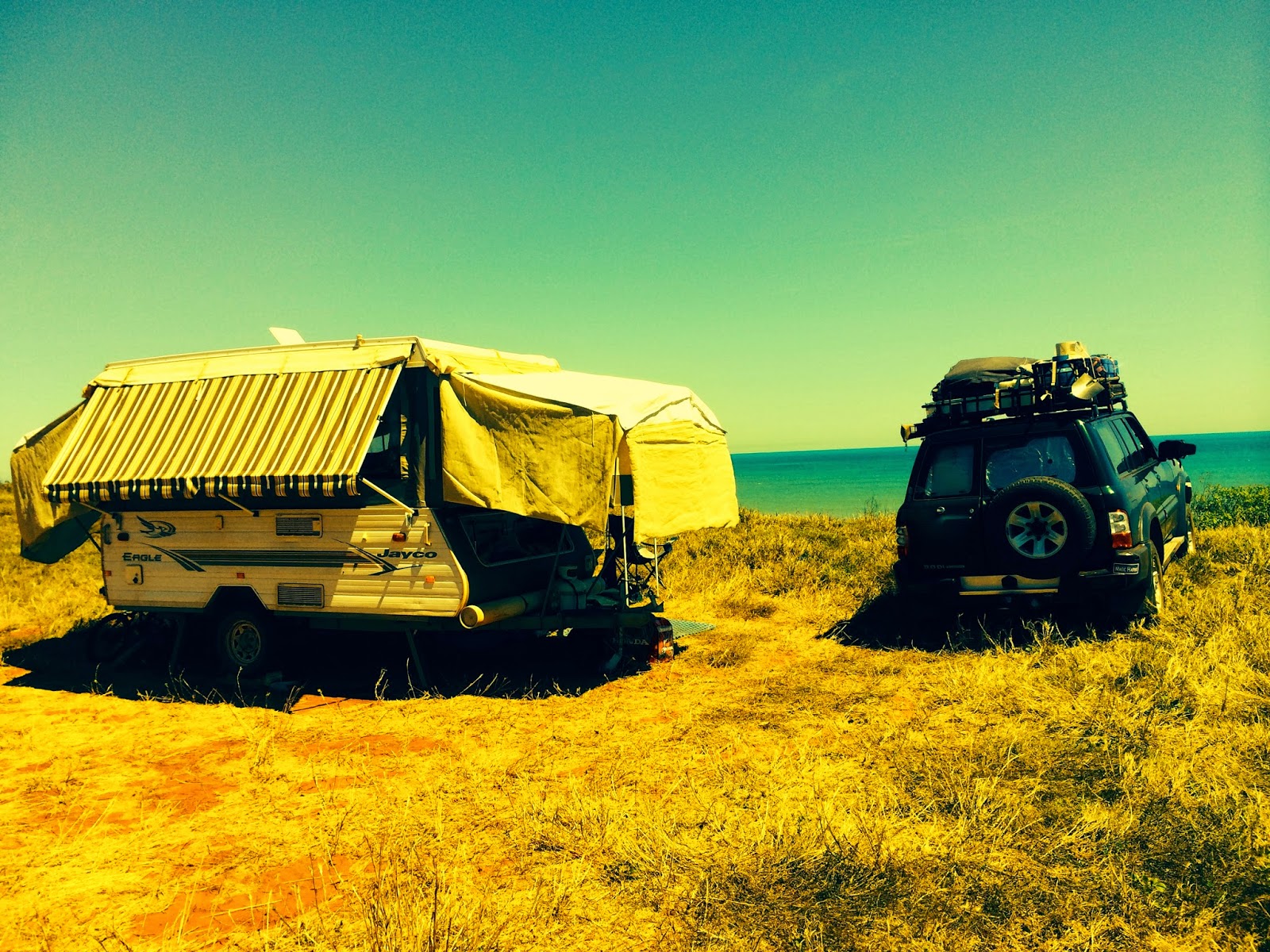 Our destination was a free campsite called James Price Point. Where we sat on the edge of a cliff and overlooked the sand and ocean below. It was all kinds of perfect, topped off by the fact I got to see some whales off in the distance.