And so that was Christmas

One of the few things that has caused me concern while we have been on #ouradventureofalifetime is how Christmas would pan out. As much as we are doing things completely different at the moment Christmas is a special time of the year that sometimes different doesn't work too well for. Especially if different means the absence of family.

As is so often with the case with things that concern me, I need not have worried.

A couple of days after we arrived in Gingin a most wonderful blogger sent me a message asking if I would like to come and enjoy Christmas with her family.

A big hell yes was what I wanted to instantly reply, but instead I waited five minutes and then wrote back with, why yes thank you that would be incredibly lovely and how kind of you to offer.

Of course before actually arriving I had all kinds of mini panic attacks about how it would all work out. Apart from a brief (and I mean very brief) interlude at DPCON13 we only knew each other through our blogs and social media.

Again though my worries were all completely unfounded.

Between her tribe and my tribe there were a total of eight children aged between four and thirteen. You would never have known that half of them had never met each other before. It was pure joy watching them all interact and get along.

We arrived on the eve of Christmas Eve and tagged along to a production at their local church. Which was amazing. It was the most clever integration of modern music and the birth of Jesus that I have ever seen.

Come Christmas morning the children had firmly locked in best friend status with each other and cries of 'this is the best Christmas ever' echoed through the house. And it was. Without a doubt. 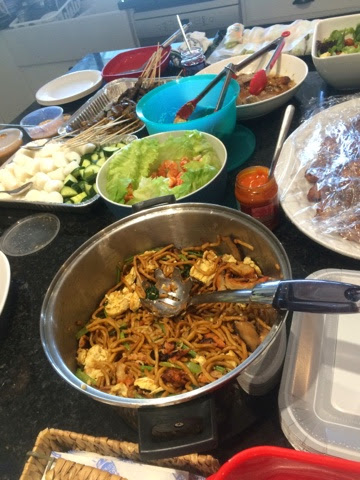 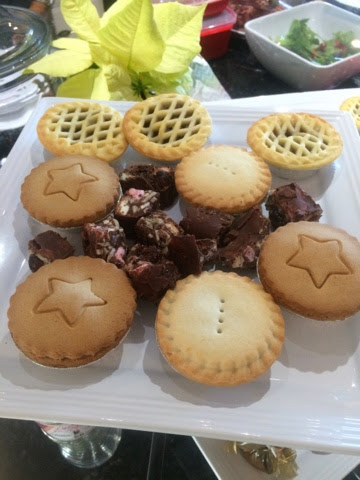 It was filled with lots of good food, laughter, relaxation, family and the best of friends. What more could one ask for?

Email ThisBlogThis!Share to TwitterShare to FacebookShare to Pinterest
Labels: #ouradventureofalifetime