Today was all about the beach baby. We decided to hit Cable Beach and try our hands at some boogie boarding. As we didn’t actually own boards of our own you can imagine the relief we felt when we discovered that there were some available for hire at a rather reasonable rater.

Sadly for me Aunty Flow had decided to stop on by so I was left watching on the sidelines. Which in some ways was actually a bit of a blessing in disguise because I took great delight in being able to watch and photograph the girls and Mr Awesome. It is such a fine line between living in the moment and experiencing with them and taking time to capture the memories as well. 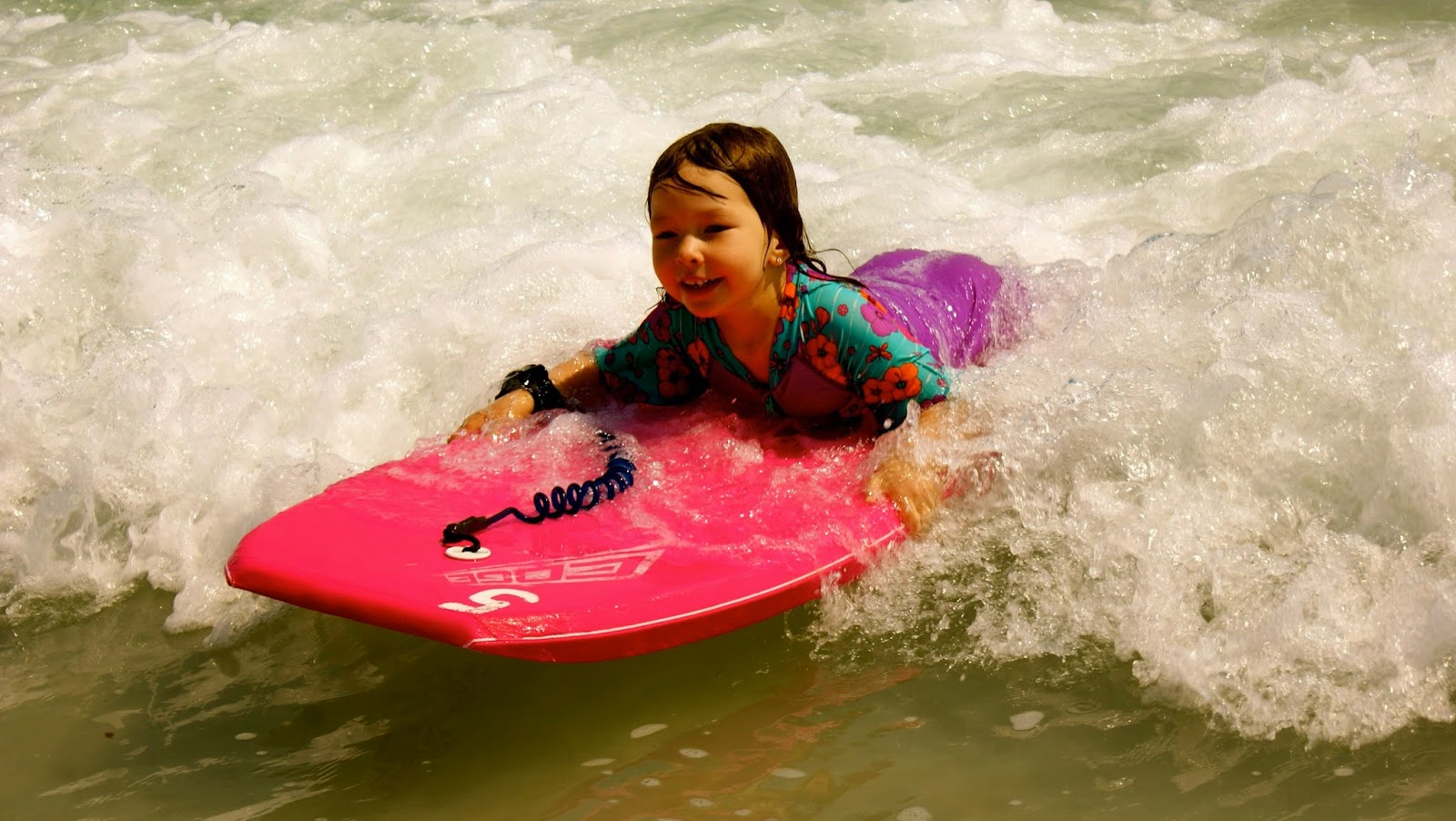 I have always said that if we lived near the surf the girls would be perfect surfer chicks and today just confirmed that for me. They were naturals. They so loved being able to frolic in the water without worrying about what might come out and attack them. The downside to Darwin is that most water ways have a relatively large risk of there being something nasty lurking about it. It feels awesome to no longer have to worry so much about such things. 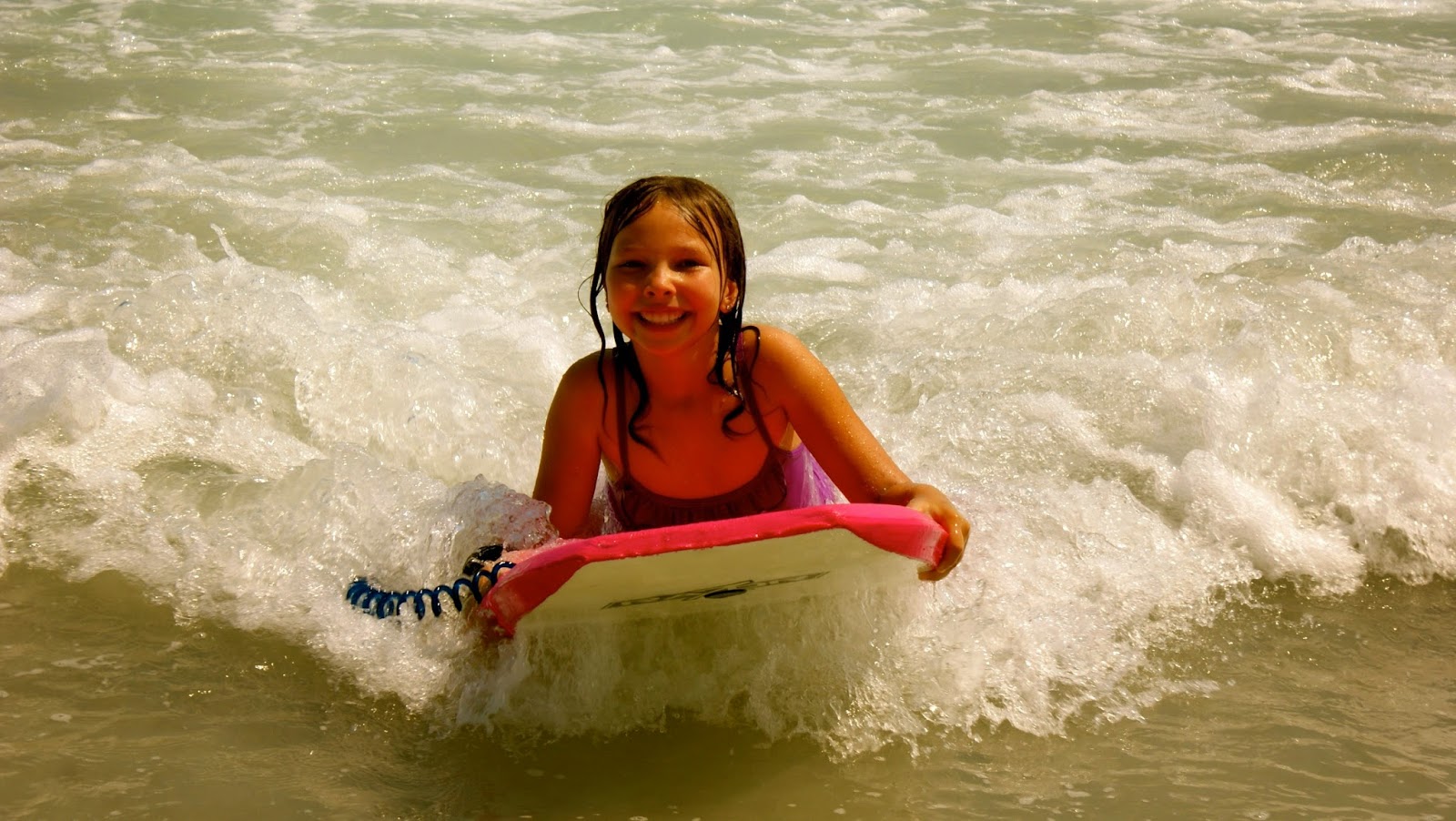 After our four hours hire with the boards expired we decided to head to the other end of Cable Beach. It was with great delight we teased the girls about how it was a nudist beach and how we would all need to strip down once we got out of the car. Much to their horror I might add.

Naturally though we had no intention of actually getting out of the car so they had nothing to worry about. It was nice to go for a drive on the sand though and we were even lucky enough to see the camels arriving in preparation for their next tour.

On the way home Mr A managed to convince me that we should stop and get a Go-Pro so that we can record all our water fun activities. As Father's Day and then his birthday are just around the corner it all seemed like a feasible idea. 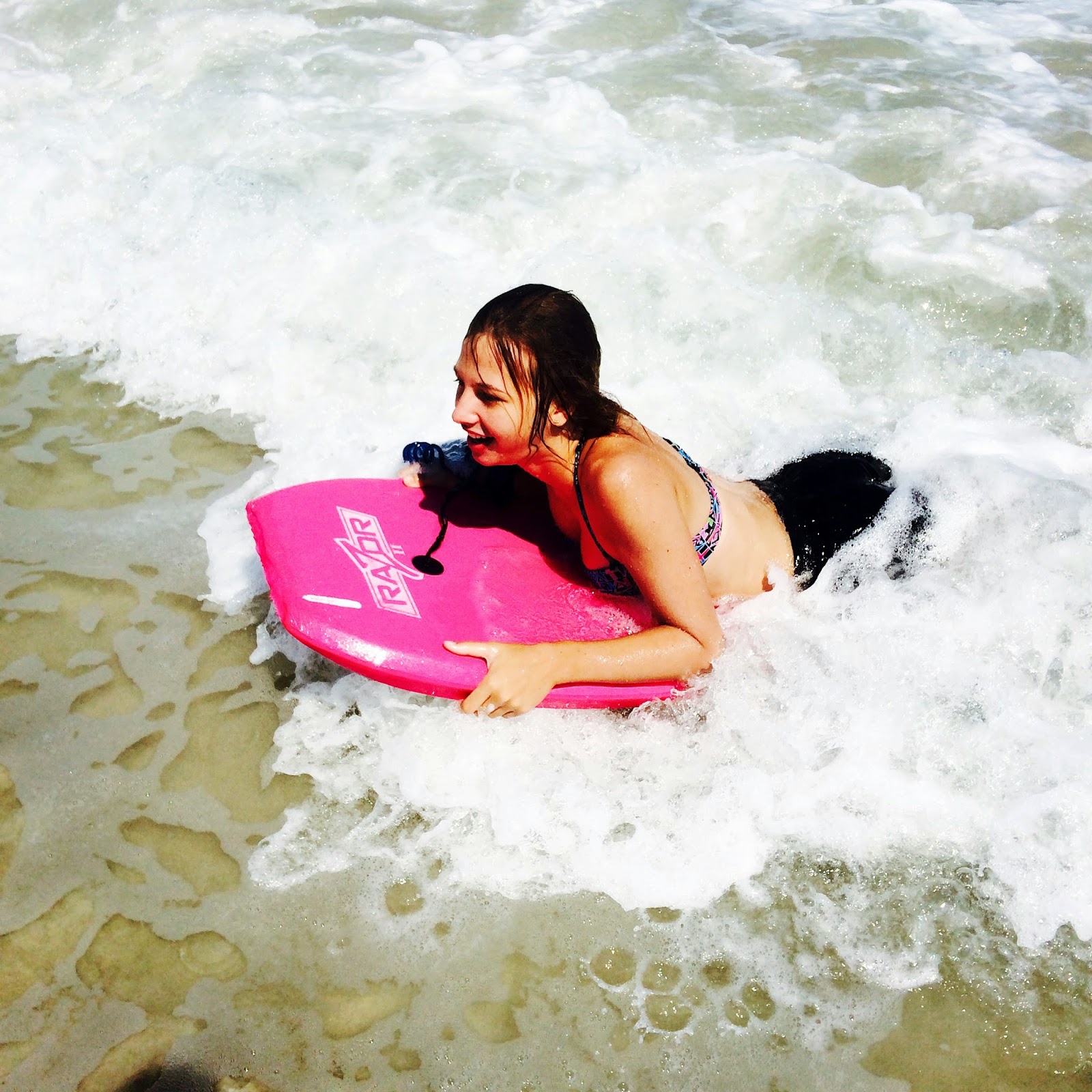 We had so much fun at the beach yesterday we decided to come back and do it all over again. Plus Mr A needed an opportunity to try out his new toy.

ust some boogie boards but also an umbrella, chairs and beach toys. At fifty bucks for the entire day it is certainly a bit of a bargain and based on how much fun we had yesterday it is definitely money well spent. Especially given the shade factor. 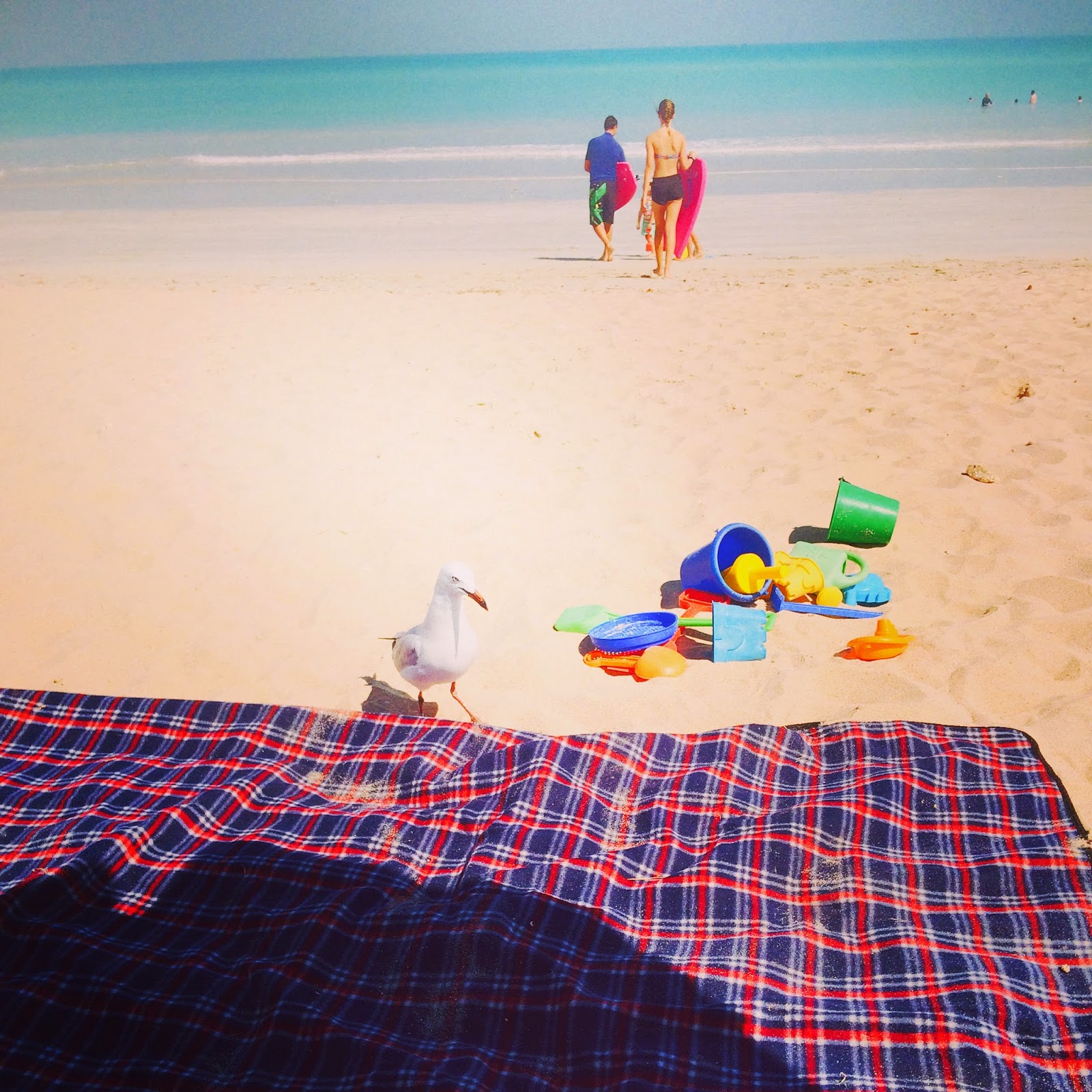 Today I refused to let old Aunty Flow keep me high and dry. While tampons are not usually something I am a fan of (and please excuse the TMI) I made and exception to that today. And boy am I glad I did.

Mind you, as much as the girls are naturals on the boards I am not. At all.

There were quite a few more mature than I people giving body surfing a go so I thought perhaps that was more up my alley. I was wrong. Apparently my aqua capabilities are limited to swimming. That is not to say I didn’t have fun trying though!