The Inspirational Man in Pink

There was a time where I once dreamed of being a hotshot journalist. Reporting the news, as it happened, where it happened and before anyone else. As it turned out life had other plans for me and before long I was in the throws of motherhood with all journalistic hopes and aspirations thrown out the windows that were never getting washed.

The uprise of the Internet brought with it the perception that there was perhaps hope for a life of writing after all. Before long I had created my own little corner of the world wide web quenching, yet at the same time increasing, my desire to actually be a writer.

Last year in the lead up to the London Olympics I was given the opportunity to chat with the mothers of two Olympians. It was all kinds of amazing and left me feeling like this whole writer thing was not just a delusional creation of my imagination. Back in April I was fortunate to be given another opportunity to play journalist for what felt like for real. 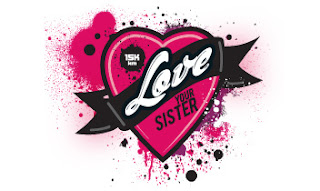 I jumped at the chance, not just in the hope of talking to some hunky media personality that I may or may not have a ridiculously large crush on, but also because I was genuinely interested in cause.

Just before Christmas a mum at school was diagnosed with breast cancer. She is the third woman from the school community in recent years to be receive such a diagnosis. And they are just the ones I have heard about, I am sure there are actually more. Not long after I heard of this news a close family friend was given the same news.

Women every day, from every walk of life are discovering what life with breast cancer is like. To many woman from too many families are losing their fight with breast cancer. We are told a cure is just around the corner, but that corner will never be found without research and to research you need funds.

By riding his unicycle around Australia, Samuel Johnson is hoping to help raise some of those vital research funds. As well as creating more breast cancer awareness and remind women, young and old alike, the importance of being breast aware.

His message is simple,

check your lumps and bumps

For those unaware of Samuel and his cause, his sister Connie was diagnosed with terminal breast cancer. Connie is in her mid thirties and the mother to two young boys.

Sam had been on the road for over 100 days now. In that time he has travelled over 8000km on his unicycle and raised just over $500,000. Both of which mark his halfway targets.

The support that has been given to the Love Your Sister (LYS) team as they pass through each town has been phenomenal. They are currently down towards the bottom end of Western Australia. To find out more about where the LYS crew is or where they are going all route details can be found here Donations can be made here