I know I have already posted once today but if the truth be told I actually wrote it yesterday. Only I couldn't post it yesterday because I had already published a post.

Influx I know but emotional filled days will do that to you I guess.

I had planned on writing something later on today because sharing the things I know on a Friday is one of my most favourite things to do. However opportunity presented itself now so now I am writing.

As early as it was it did actually seem like a rather good idea. I know done five hours later it is still too early to decide whether or not it was actually a good idea or not.

The upside to being up well before the sparrows fart was I got to read the book I received yesterday.

Which book is that I hear you say?

Complete with a special message inside from the author herself. Having a friend that is a published author is nearly as exciting as being an author. Nearly by not quite though I imagine.

I know that ignoring my children so I could finish reading the book was probably not my finest parenting moment. Neither was the lateness with which they eventually arrived at school with.

I know that two days ago I may have been a worthy recipient of mother of the year with my cupcakes for Zany to take to school for her birthday but that award has since been rescinded after this mornings efforts.

I know that going for a run this morning did seem like a good idea until I was nearly done and realised that Teapot had fallen asleep.

On the upside though sitting here 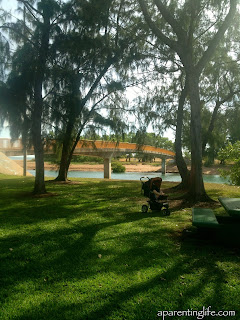 while I penned this most of this masterpiece did make everything seem ok for a little while.

I know that I actually wanted to call this post Things I Know About Being Sad, because honestly the last two days I have managed to take sad to a whole new level. I didn't because as sad as I might have been the last two days I know there is also a whole heap about sadness that I don't know and quite frankly I am happy with that.

I know that tomorrow is a brand new day and while I would like to say I know I won't be as sad I know that is also just not the case.

I know that my reasons for being sad tomorrow and the next day are vastly different from my current reason for being sad. Sadly though now is not the right time to be sharing much about that as it involves a person who is rather against the whole sharing on the internet concept.

I know that come Monday or Tuesday I may not be feeling as sad and I can't wait to get there.

I know if you know stuff you should totally come and join in the coolest linky ever over at TheMissCinders.com