Stopping to be thankful

When I first started to blog regularly with the idea of one day being a top notch blogger the only way I could get readers was if I joined a link up.  Almost religiously for twelve months or more I am sure, I would write a Thankful Thursday post. One of my favourite bloggers, Kate, would host a link up and I just loved to join in.  Writing a post about being thankful each week was only too easy and fitted quite well with the theme, if you will of A Parenting Life.

Only times changed and Kate grew and decided that hosting Thankful Thursday each week was no longer what she wanted to do. She kindly passed the link up on to another super cool blogger and went on with being awesome. For some reason though joining in for me no longer had such an appeal and being thankful on a Thursday seemed to just pass me by.

Actually being thankful on any day seemed to just pass me by.

Which is kind of a shame because there was something really beautiful about consciously thinking each week about what I was thankful for. It helped me keep a sunny perspective when black clouds wanted to rain on my parade.

It feels like there has been a lot of rain of late. Well at least in a metaphorical sense. Every post of late feels like it has a poor woe is me sign attached to it. Not intentionally of course, apparently that is just the way the cookie has crumbled.

Well no more I say.

In fact rain, rain go away is what I say. (Again only metaphorically because I would actually love a good real rain to swing by and relieve some of this stifling heat)

So without further ado here are some of the things that I am a little bit thankful for of late. 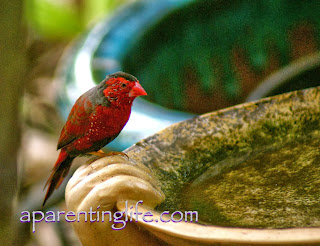 I am thankful that his little friend has as well, though she is a tad more camera shy, 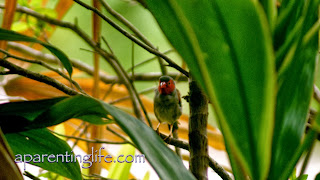 I am thankful that my bag did not fall off the back of my car when I drove off from the shops today.

I am super thankful that a kind lady went out of her way to follow me down the road so she could let me know about said bag still sitting at the back of my car.

I am thankful that even after a long day at work Mr Awesome still has time and energy to not just talk to the girls when he gets home but to actually be there as well. You know like really be there in the moment listening and engaging with them.

I am thankful that these little beauties 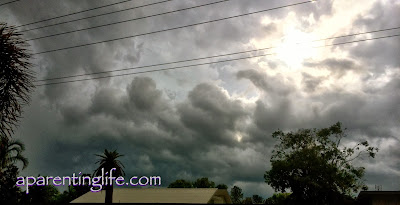 passed by yesterday and deposited some much longed for rain. I will be even more thankful if they could return on a daily basis sooner rather than later.

I am thankful that Teapot slept this afternoon, allowing me to not only write this post but just gather my thoughts as a whole.

What are you thankful for today?