#Hashtags. What are they and why are they here? 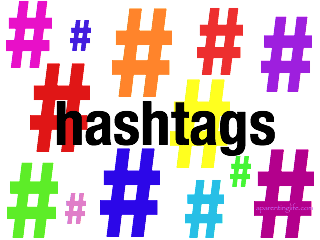 If you are a regular social media user and like to hang out at the likes of Instagram or Twitter you are probably all over the term hashtag. If however your social media habits only extend as far as Facebook you could very well be wondering what all the fuss is about.

Now I am by no means a social media expert but I do like to think I have a grasp of the basic. Some may even say that I have a strong grasp on the basics and I for one would not argue with them. With all of that in mind I feel that it is only fair that I share some of my knowledge with those less informed but curious none the less.

A thought that was confirmed for me when I asked my loyal Facebook likers if they were interested in such information. Sure only two out of 416 responded but that is enough confirmation for me.

So what is all the hashtag (#) fuss and why do I feel the need to share the fuss with you?

Well hashtags have recently been added to Facebook and if you are someone like me trying to gain greater exposure on through this medium it is a little exciting. If however, you are an average Joe Blow, free from the addiction that social media can be, you maybe left wondering what all the hashtag fuss is about. I do assure you that once you understand the joys that are hashtags your excitement levels will begin to soar.

Bear with me and let me explain a little more.

What is a #hashtag?

Essentially a hashtag is just a means of grouping like minded posts together. It is represented by the # at the start of a word or term.

To find the # symbol you generally just push shift and 3 on a standard computer keyboard. It is often found on the second number/symbol keyboard on smart phones. Please don't think I am patronising here by telling you where to find it because just between you and me it took me ages to find it on my phone. Thankfully most apps are now designed to make it easier to find the hashtag button it can sometimes take a bit of looking for. Anywho...

The moment you place a # in front of a word or term it becomes automatically linked to all other posts that have the same word or term hashtagged. Which means it is a great way of searching for things.

Say for example you were looking for some new crochet patterns or inspiration. All you have to do is go to the internal search feature and type #crochet and wham bam thank you 'mam there are heap of posts full of crochet goodness.

Why are they here?

According to the reliable source that is an uncited article on Wikipedia, hashtags were first seen in Internet Relay Chat, which as the name suggests is some sort of conversation mechanism via the internet. It was deemed handy there to group conversations and this was seen as the way to do it.

By grouping conversations it was easier to keep track of conversations that were of interest to those from varied backgrounds and not necessarily friends with each other. By hashtagging posts similar content can be grouped together making it easier for all relevant information on a particular topic easy to find.

On services such as Twitter, if enough people are using a particular hashtag it is known as trending. Trending topics are those with the highest popularity and seen as a great way to gain exposure. For the user trending topics are a way to stay a float of what is hot.

So there you have all you need to know about the wonders that are hashtags.