Things I Know and Love About Darwin

Growing up I thought that I lived in one of the worst places ever. Waiting to gain the opportunity to leave felt longer than waiting for eternity. My only shimmering light of hope was to study hard enough to get grades high enough to be accepted at a university interstate. The chances out of town were few and far between, I was certain this was my ticket.

Sure I got the grades that saw me receive not one but two offers to study interstate. One of which I accepted. My dreams appeared to be coming true. My ticket to greener pastures where I knew absolutely no one had been granted and soon I would be on my way to the other end of the country. Far from the Hicksville that had been home for the last eighteen years. Finally I was leaving the town that I felt had held me back from experiencing the many joys of big city living. Whatever they may be.

While I may not have known what big city living actually was, I was adamant that my little sleepy pretend city of a home didn't offer it. How could it? When so often I would hear people refer to it as backward, sub standard or some other equally trashy term.

Only when push came to shove I just couldn't quite bring myself to just up and leave.

It turned out that three days before I was due to leave the wilderness I thought I loathed, I had somewhat of an epiphany. Suddenly, leaving my boyfriend, and my family and the sunny shores of the tropical paradise I currently called home, made no sense what so ever.

Thankfully the I had also applied to the local university as a bit of a back up plan. Looking back now, I wonder if I ever really intended on leaving in the first place. After all I really do live in a tropical paradise.

One that has some pretty amazing sunsets.

For all the years that I may have wished my little country town to be more like the big city a capital should be, now I hope Darwin remains as unique as she is. The growth I thought that was so much needed now makes me cringe with every skyscraper that intrudes upon the once empty skyline. But alas that is the joy of progress.

I know that I love the fact the main newspaper has an obsession with all things crocodile
And why wouldn't they when this
is located in the middle of the city. A place where people, including many a celebrity get to do this

Crocodiles are just part and parcel of the Northern Territory. You can't really blame the local rag for bring the odd croc story to it's readers attention.

Where the jokes about the simplicity of the folk who live here once made my skin crawl, now with age, I know that there actually is an element of truth behind them. The fact that we only have two seasons, The Wet and The Dry, both of which are self explanatory when it comes to describing what the weather will be like, may have something to do with this.

I know that I love the fact the change in weather through out the year is somewhat minimal. While friends in southern states shiver through cold winter months, the kids and I get to finally hit the beaches. For in the Territory the slight drop in temperature means the water is too cold for nasty box jelly fish to swim in and the sea water is safe for swimming.

There is a certain laid back relaxed way of life that I doubt can be found in any other capital city the world over. Darwin is the land of the wait a while where things get done according to NT time. Not Today, Not Tomorrow, Not Tuesday, Not Thursday either, but Next Time, if you're lucky. For a procrastinator such as myself it really the perfect place to be.

I know that this casual, relaxed, tropical retreat from the rat race of life is a place that I am proud to call home. Sure there are no trains or trams or subway express. Nor is there Myers, David Jones, Aldi, Ikea and a whole range of big name sellers not interested in heading out to the sticks. In fact I can still recall the day that Macca's came to town. But I wouldn't have it any other way.

Because what there is outweighs any big city lights. Like the fact it is the only capital city in the world that has flat back turtles nesting on it.

Do you love where you live? 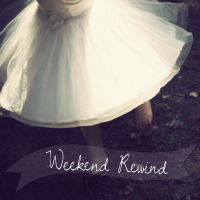 Email ThisBlogThis!Share to TwitterShare to FacebookShare to Pinterest
Labels: 2013, Conversations over Coffee, Darwin, life, linking up, love, TIK, Weekend Rewind, Where I live