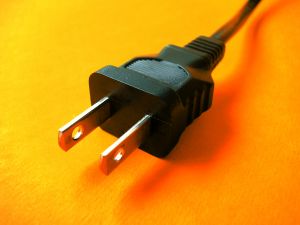 
Well that was that.
Turns out daily posting is not my thing.  (Not that I am overly surprised but hey I like to keep on trying these things)  I am trying not to beat myself up to much about not even making it to ten straight days of posting.  I am just going to be happy with the ones that I got out.  Though I must admit that the last few were a bit iffy.  I mean Thoughtful Thursday could well be a good idea but I definitely think that it needs a bit more thought, don't you agree?
Anyway life has been somewhat busy of late.  I am really trying to engross myself with human interaction. I know that this can at times be somewhat dangerous but I feel that all odd are in my favour at this point in time.  Today was another wonderful day spent doing cakey things.  Not as many or as stunning as last week but still wonderful none the less.  Today we made little frangipani flowers which I felt I struggled with.  They were very fiddly and I couldn't get the hang of them.  It was really interesting to watch her do it though.  She makes everything look so easy.
Back to today, two days later no less and still no posting.  Lucky that I am here really.  But here I am so that must be good.  The weekend was once again jam packed with action and madness.  There were two birthday parties plus one we never made it to.  Which I feel terrible about, as it was with a mum who I really love to hang with but don't get to very often.  Unfortunately hers was the last invitation that we received and it over lapped with a prior engagement.  On top of that it feels like the middle of the local winter and the party was at the water park.  My poor little blossoms are already using every once of their strength to fight of seasonal flus without adding a chill.

Last night we went here and listened to Carl Riseley.  Let's just say it was nice to be out and I am glad that they were free tickets.  Free tickets you say?  Yes that's right free tickets I said.  Clever duck me won them on the radio the other day.  Which was more than a bit cool and I must say a huge thanks to Territory FM.  No wonder they are my most favourite local radio station.

Today was spent as a major clean up.  I can not begin to explain just how much crap I have somehow managed to acquire.  Hopefully I will be able to work through it all tomorrow.
Today's photo is from stock.xchng I got it by searching for plug.  My original search for unplugged did not really give me much joy and while this is not exactly what I wanted the shade of orange made it somewhat irresistible.

Email ThisBlogThis!Share to TwitterShare to FacebookShare to Pinterest
Labels: 2011, writing