So it appears as if Snapshots of Us has now become a monthly instalment. I guess it has just been one of those months.

Since we last met life feels like it has been all kinds of crazy.

I somehow managed to get my assignment handed in on time and even achieved a passable grade. And before all you kind souls start saying I am sure you got more than a pass you are just being modest I didn't. I got 68 out 100. Which honestly given the last minute that I left it to is all it really deserved. I am a little surprised to have scored that highly actually.

Sadly however it did not seem to give me any encouragement to tackle the next assignment any differently. I have less than a week to come up with a two thousand word research report that cites at least at eight sources. Insert a whole range of swear words here. 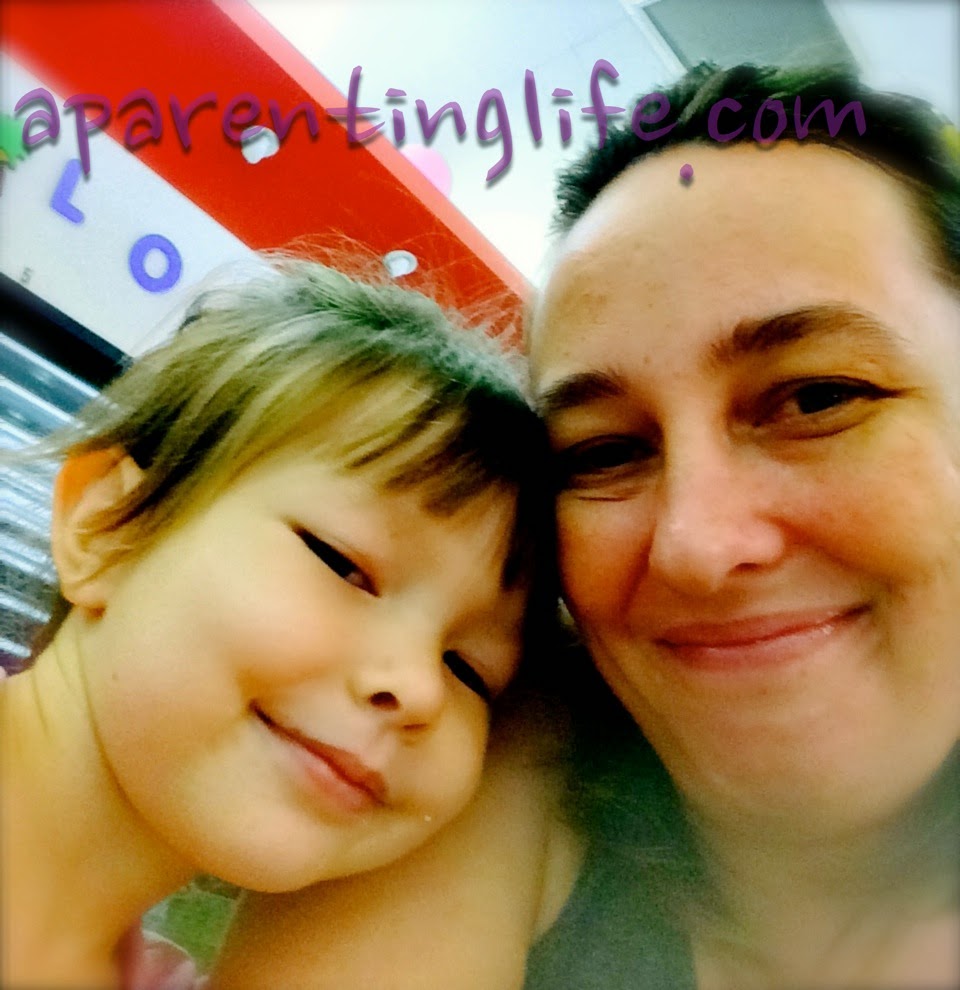 As you may recall I recently became the mother of a teenager. Oh the sighs.
In true teenager form she has had me at my wits ends on more occasions than I would like to admit. After a particularly awful morning, that had followed a particularly awful night I treated myself to a coffee after braving a morning food shopping expedition with Teapot. Who just happens to have the most amazing way of melting my heart and making me feel better about life as a whole. 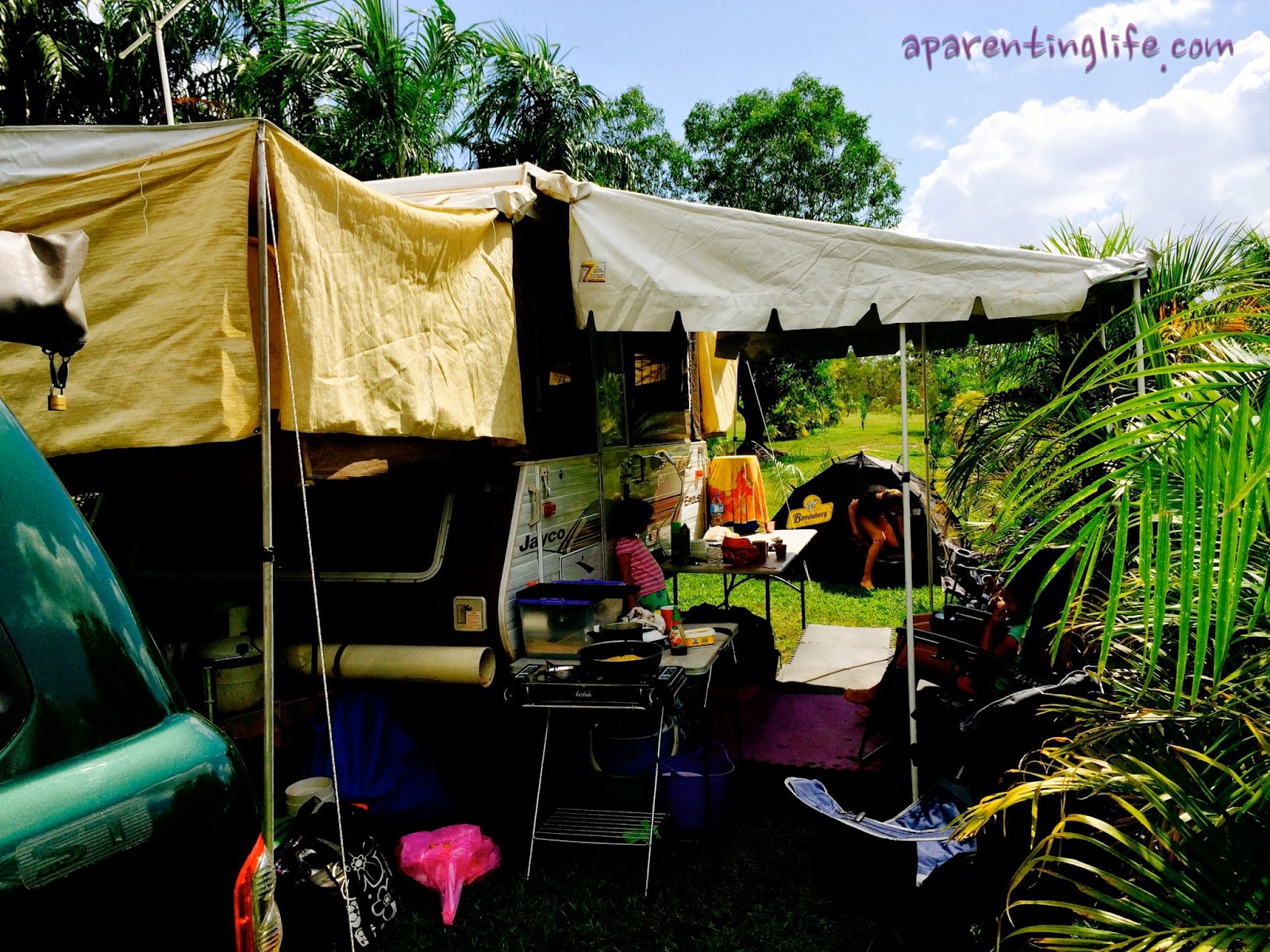 We finally got to take the van out for a test run. It was all kinds of awesome and then some. I, and I think everyone else, can not wait till this type of life becomes our norm. 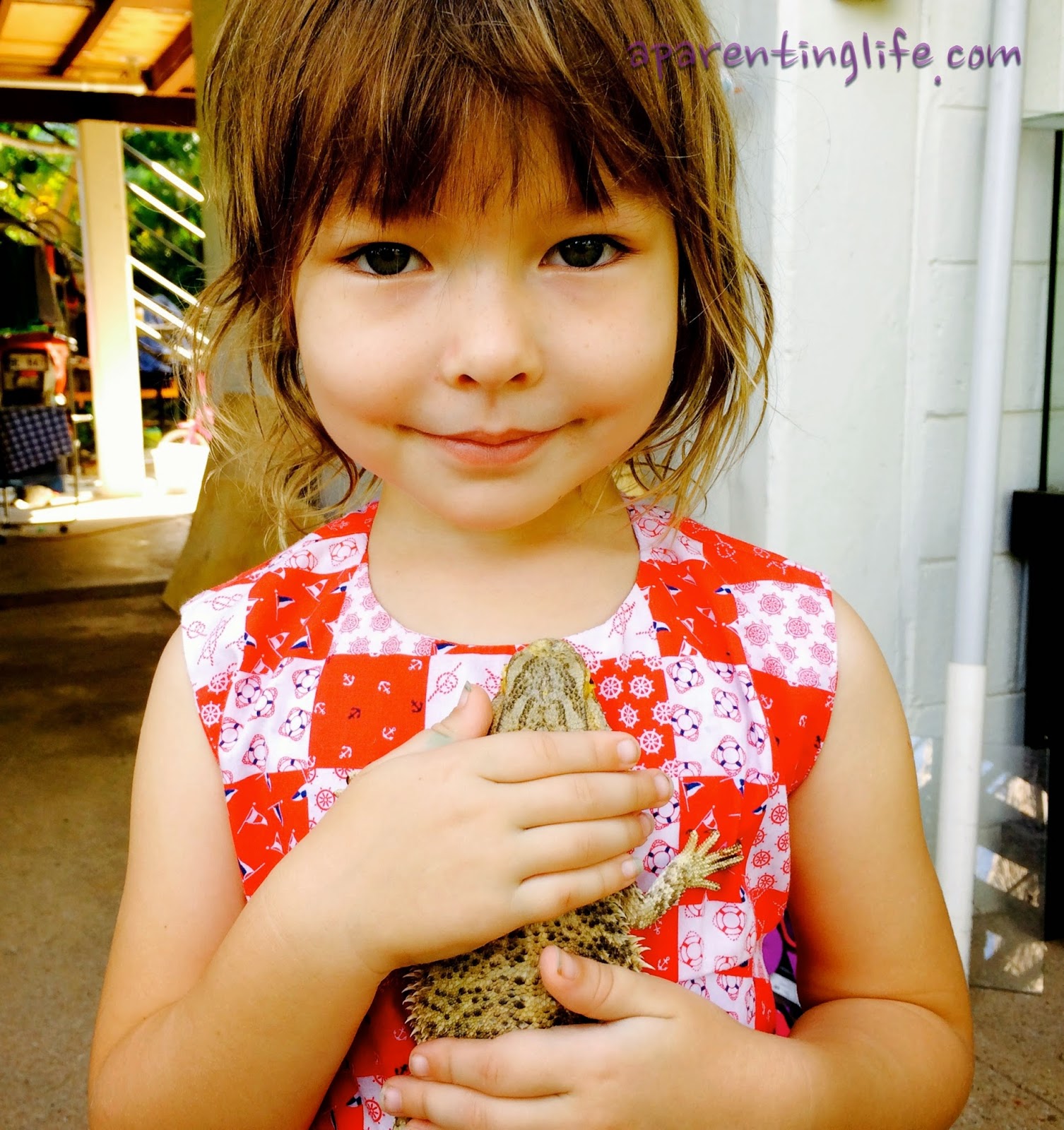 Zany had her first ever sleep over at a friend's house. It was a birthday party and she just wanted to go so badly that despite my inner being going this is a bad idea I let her go. Teapot and Mr Awesome picked her up the next morning. They have pet bearded dragons and let Teapot have a hold. Clearly she was over the moon about it. 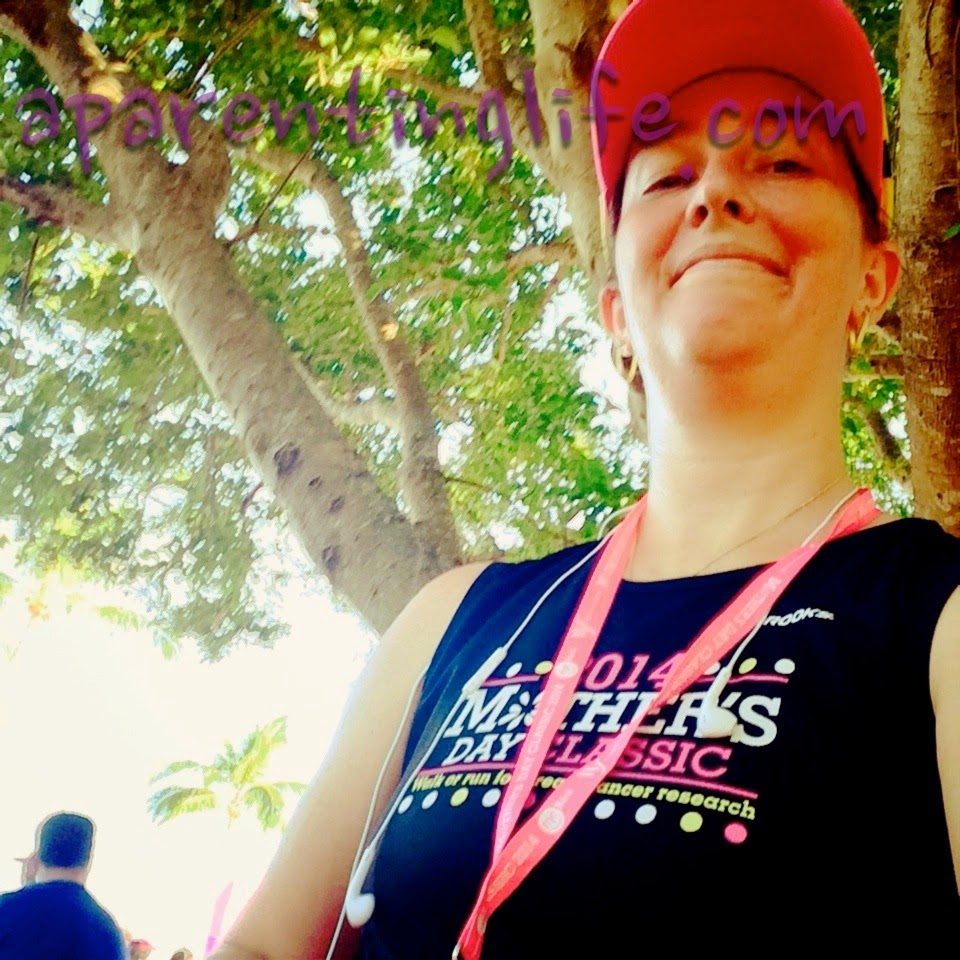 On Mother's Day, along with thousands of women around the country, I went for a run. It was hard and relatively slow but at the end of it I was all kinds of pleased with myself. 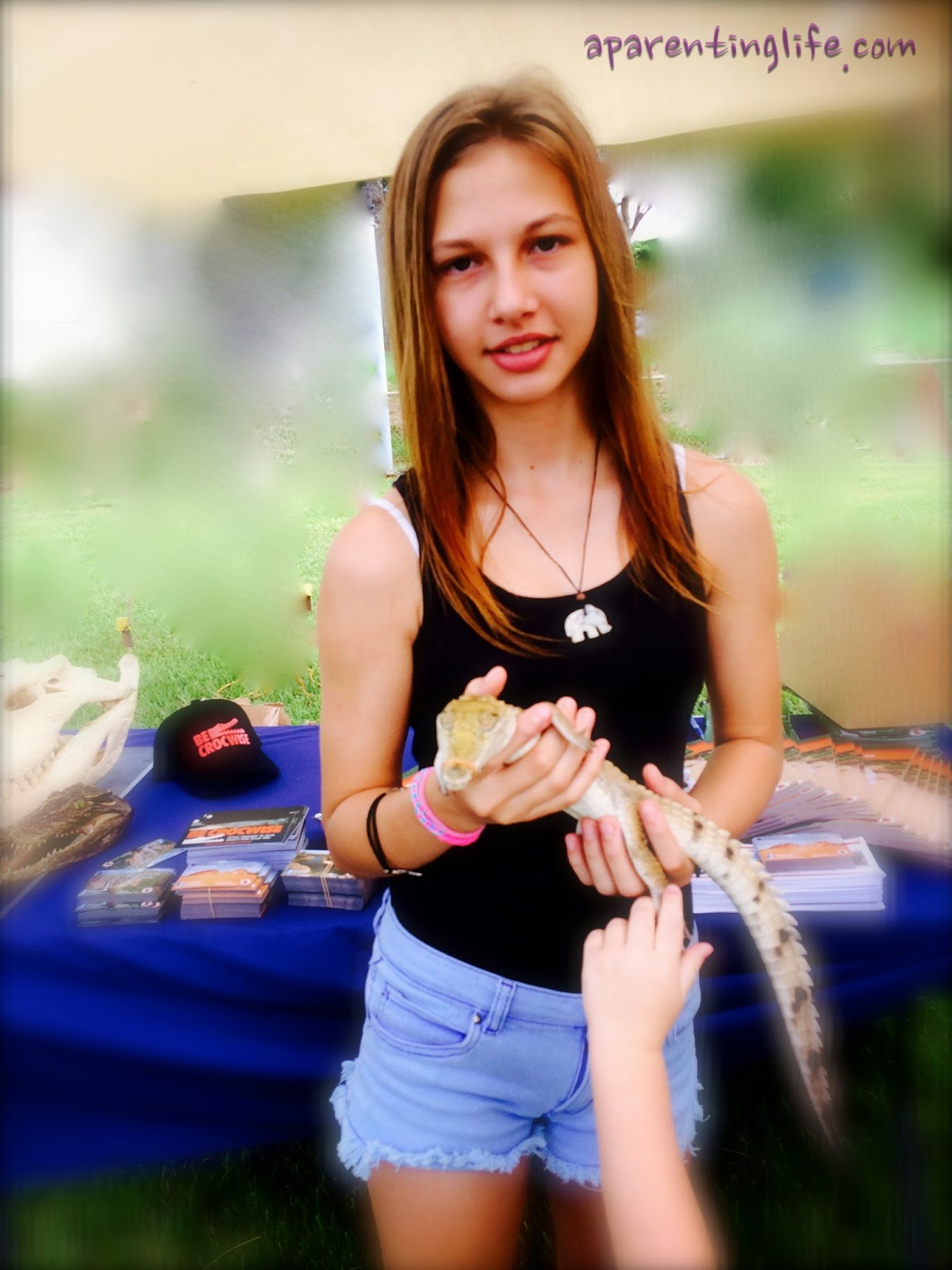 After the run we went to a caravan expo. Being in the Territory means there were naturally wild animals for the kids there. Naturally the wild animals were crocodiles. I do so love that the girls have no qualms about holding and touching such creatures. 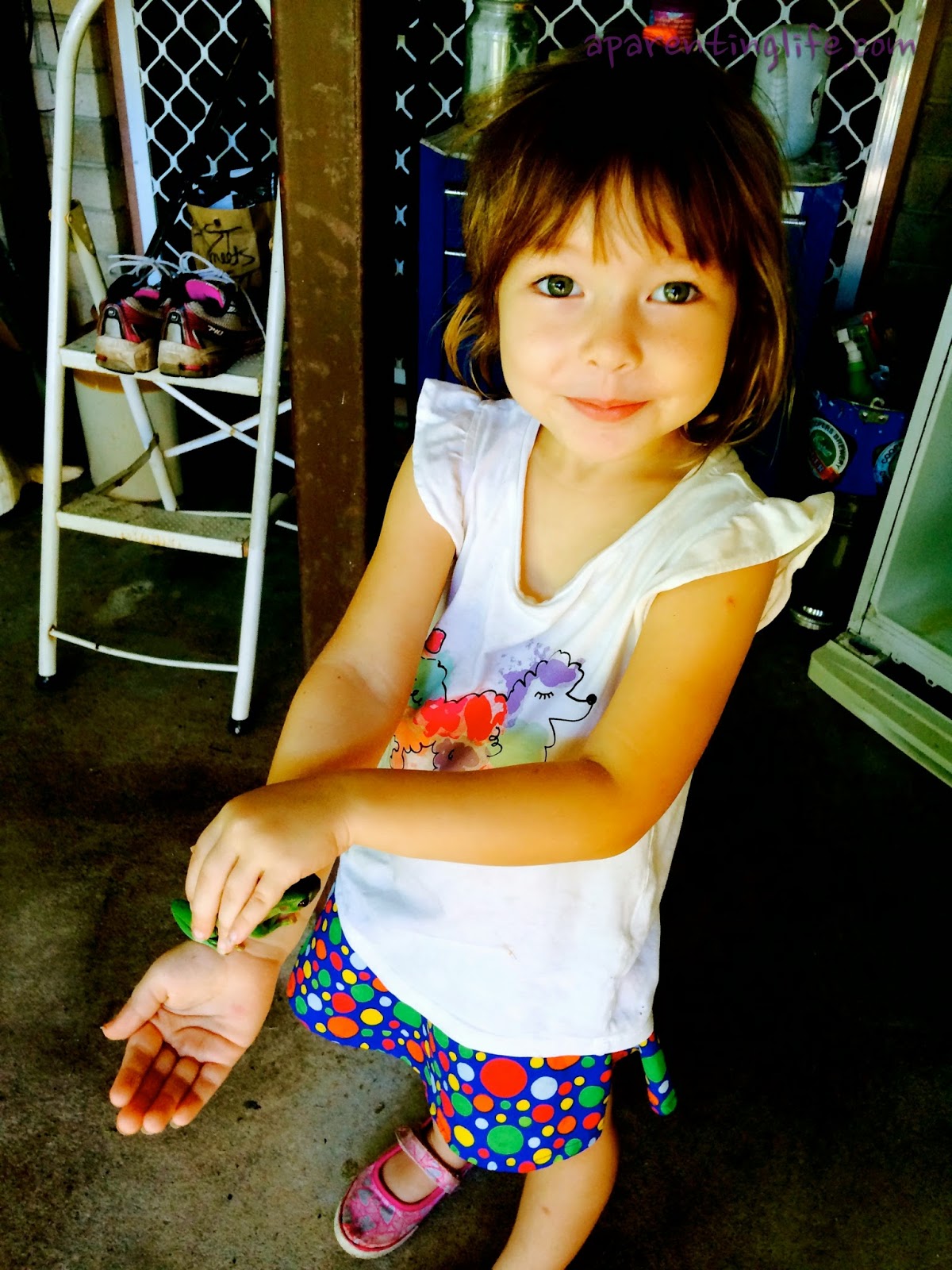 Or any kind of creatures for that matter. 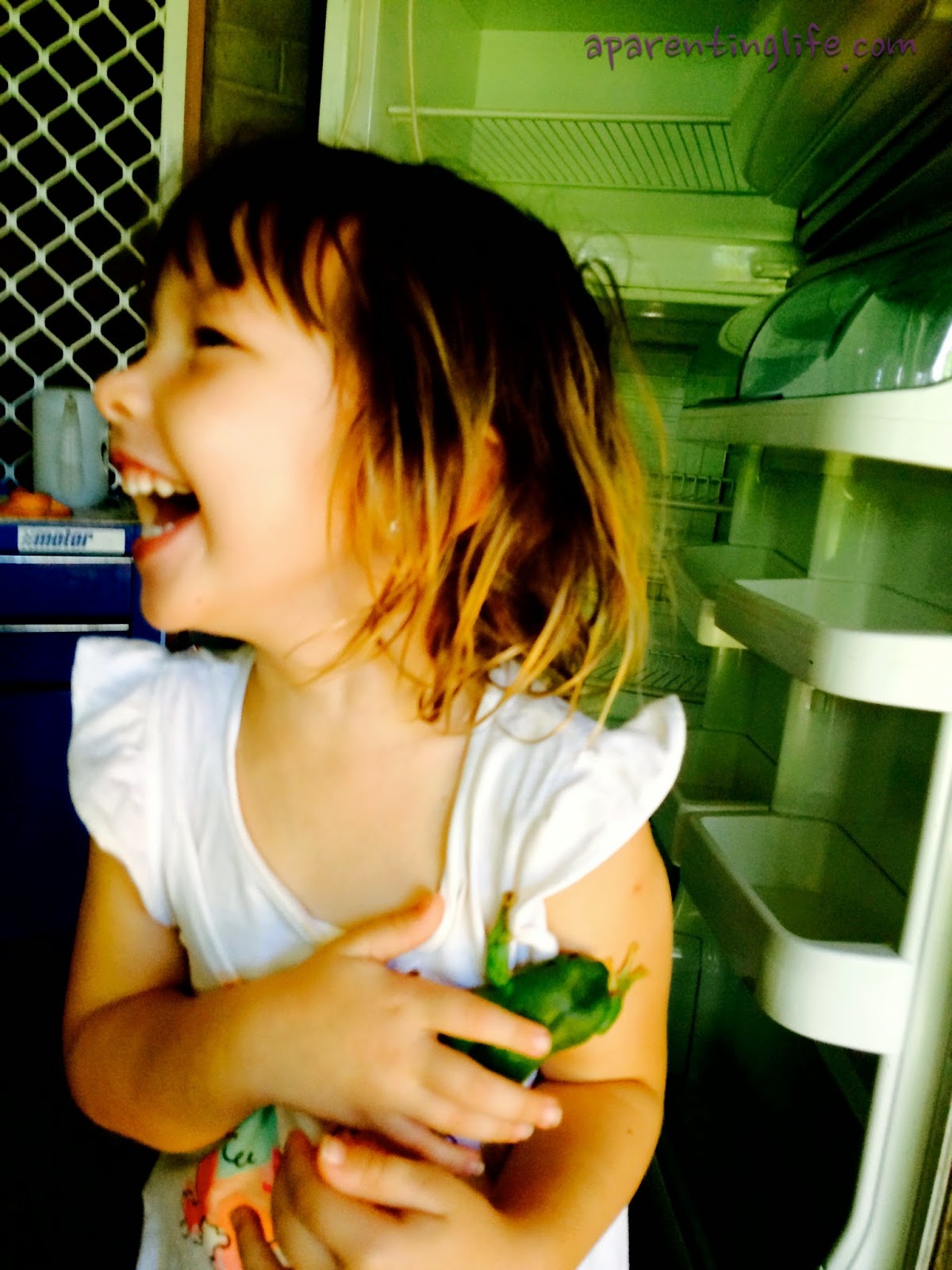 This little fella was hiding out in mum's spare fridge on her verandah. Oh the giggles from Teapot as he clambered all over her. 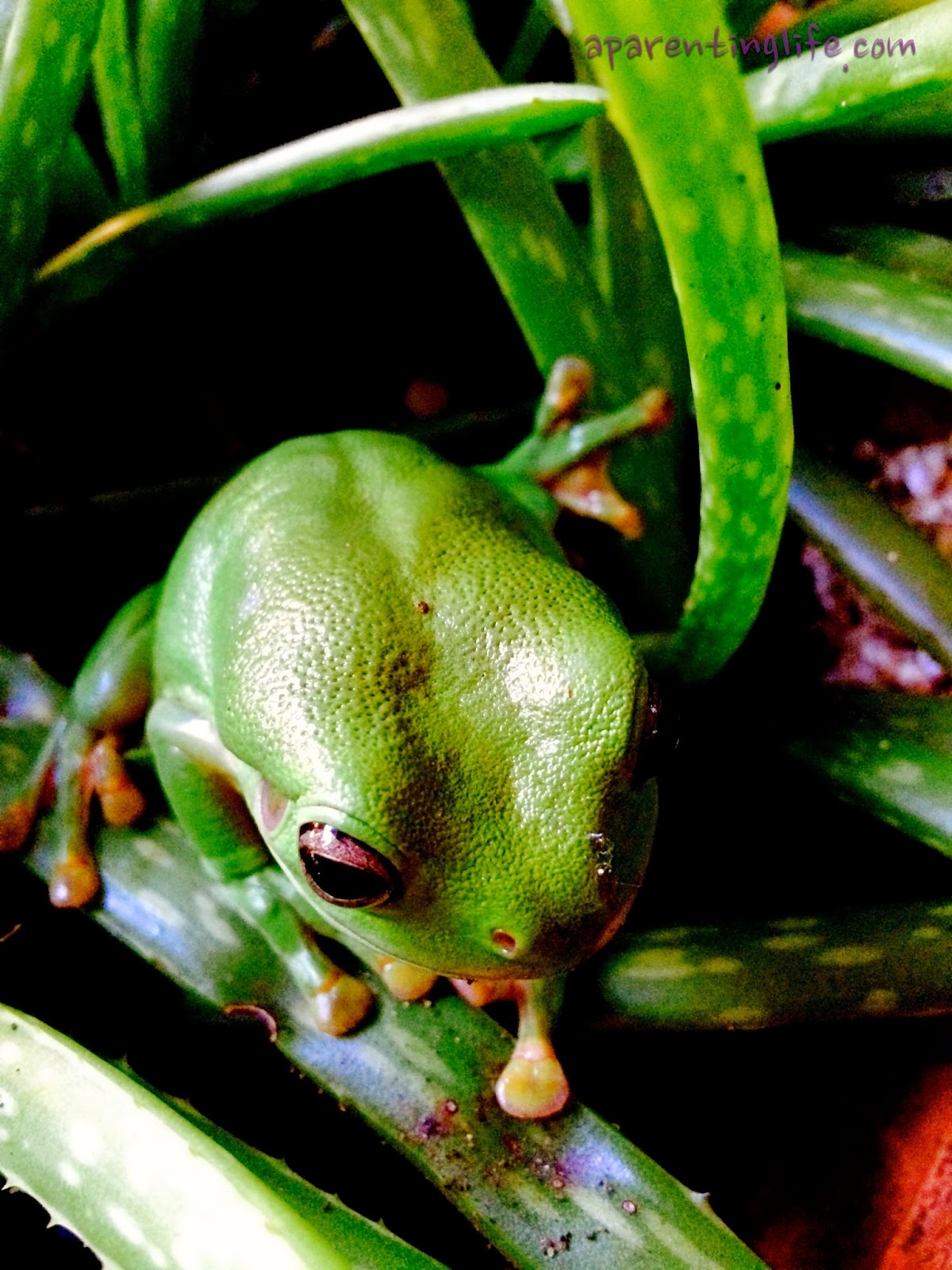 She was more than disappointed when I made her put him in the shade house but it had to be done. 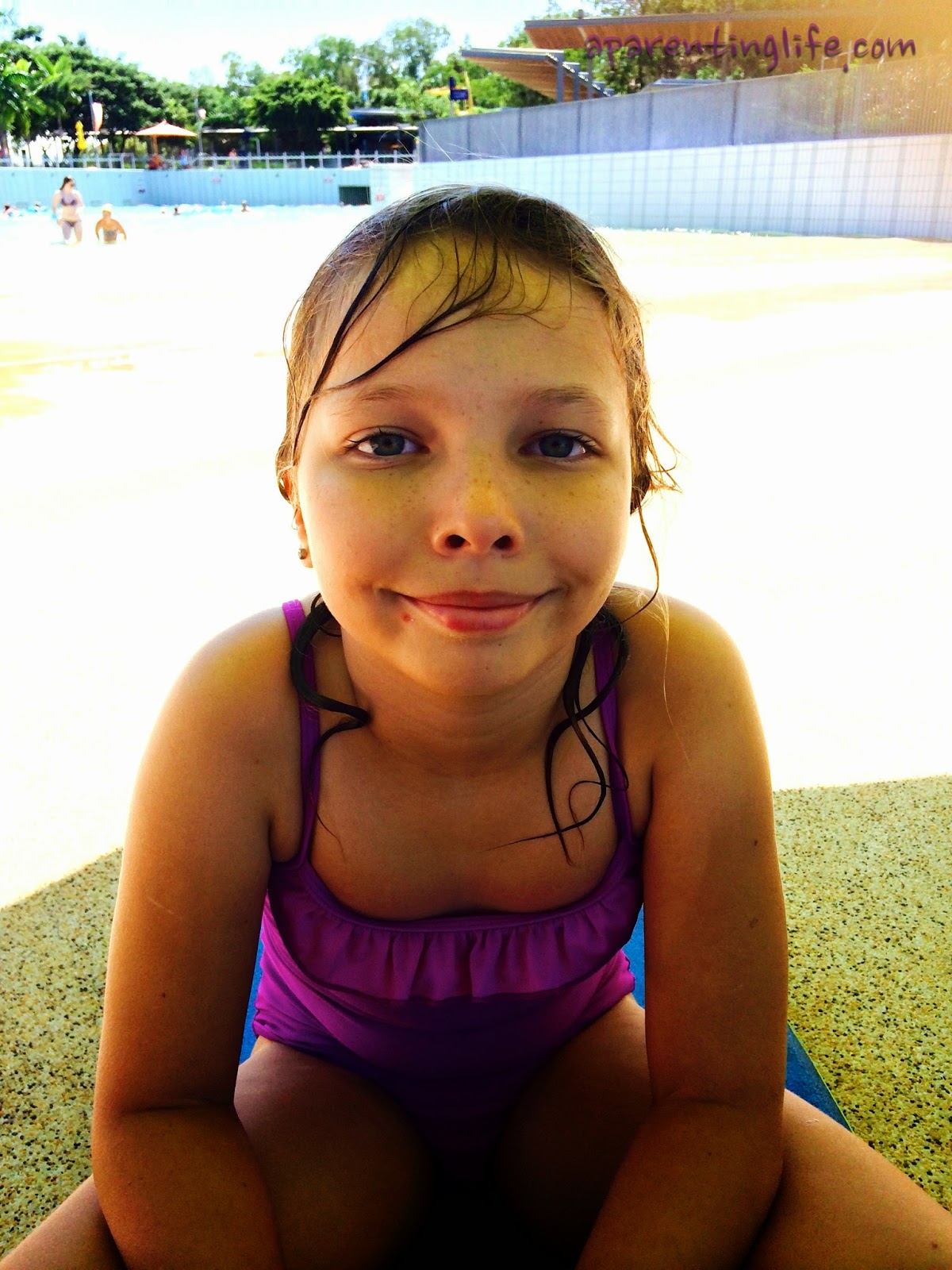 For some reason Zany seems to have missed being in photos for most of the month just gone. This is one of the few I managed to find of her.

We went to the wave pool with my sister and her son. Oh such a precious time. The week that they were here just flew on by way to fast. 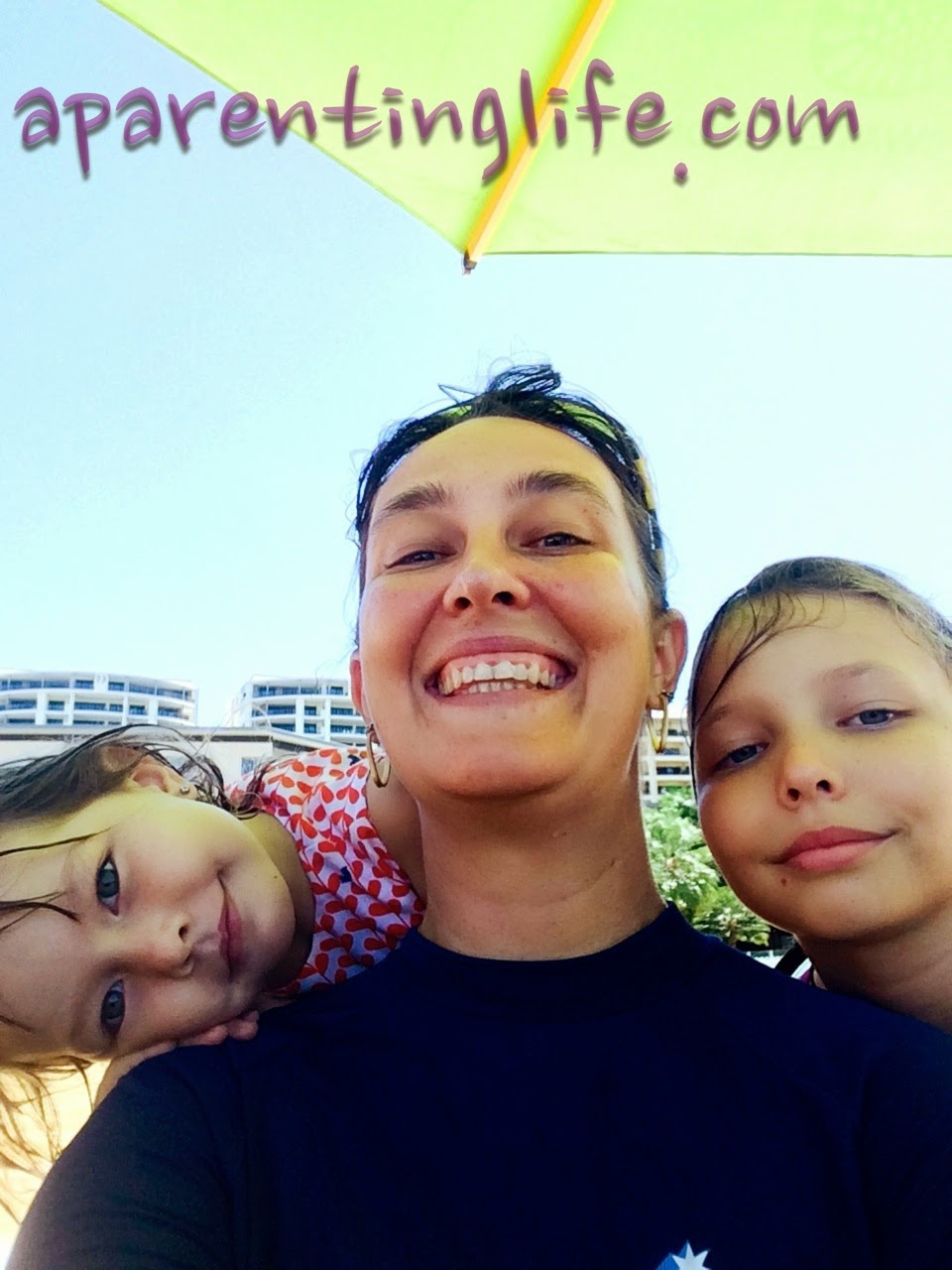 Gosh I love these munchkins oh so much. 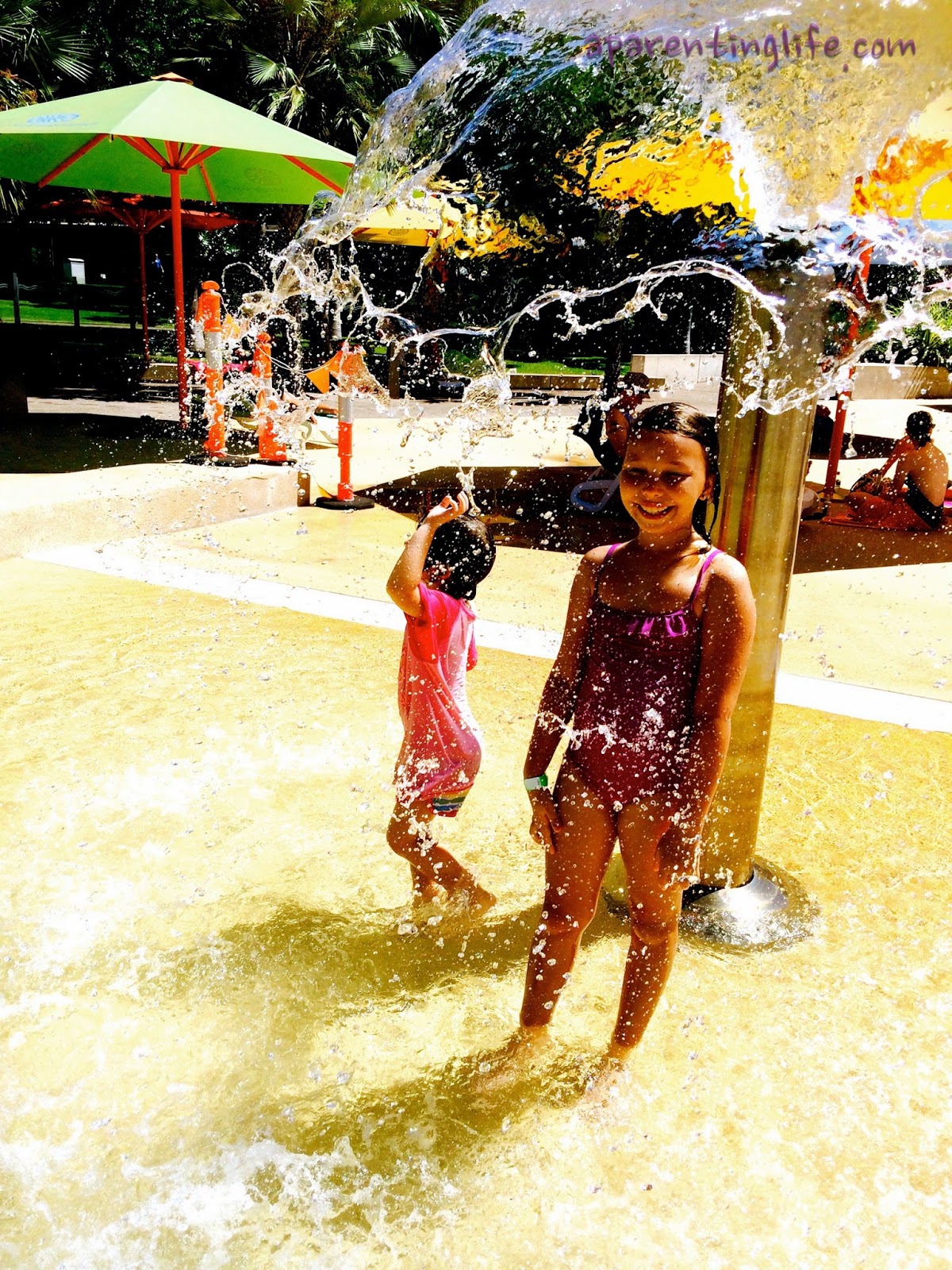 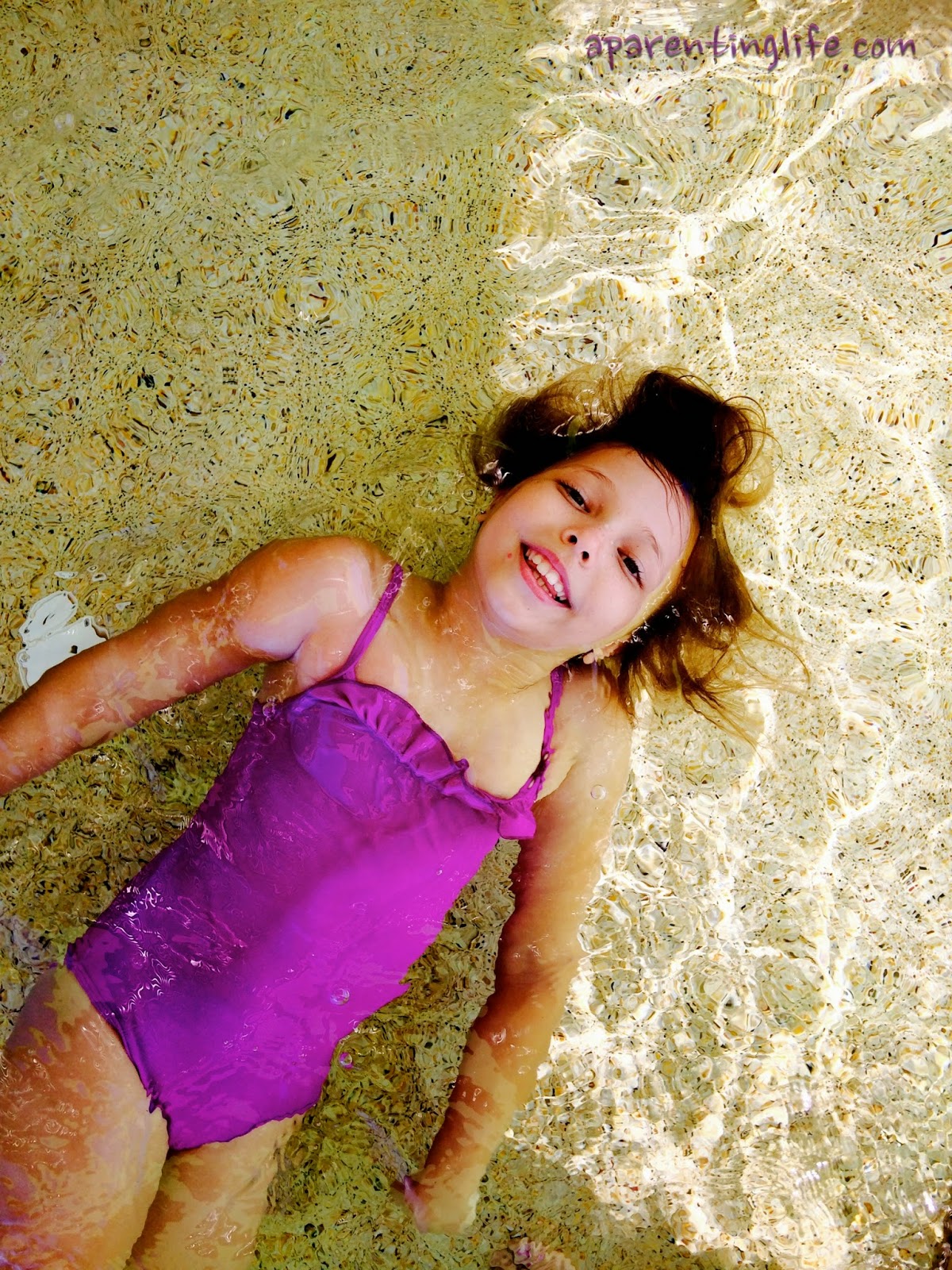 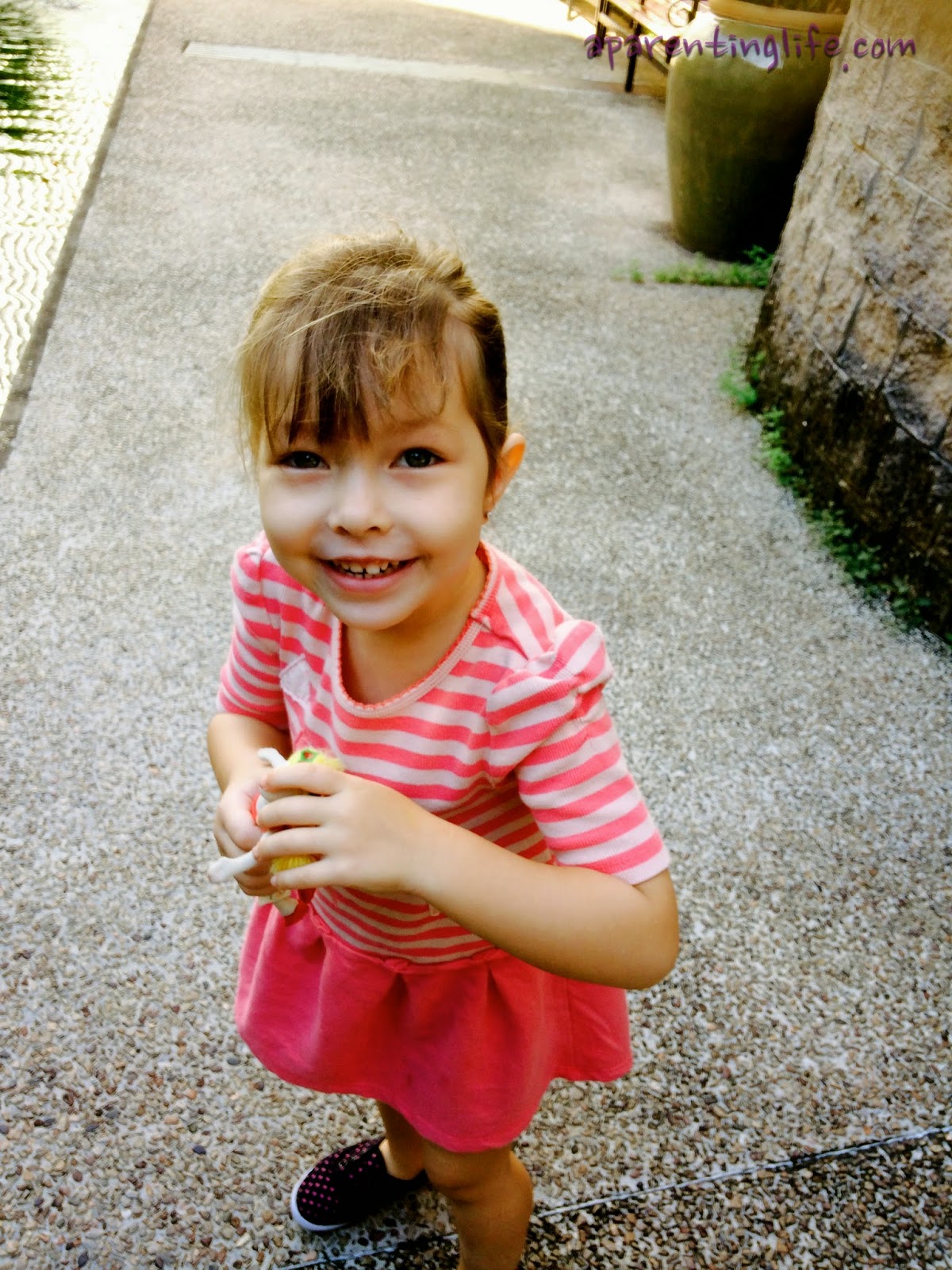 One of our adventures with my sister involved breakfast at the museum cafe, it was one of the few times we were there before everyone else. It gave me a chance to snap a few photos. 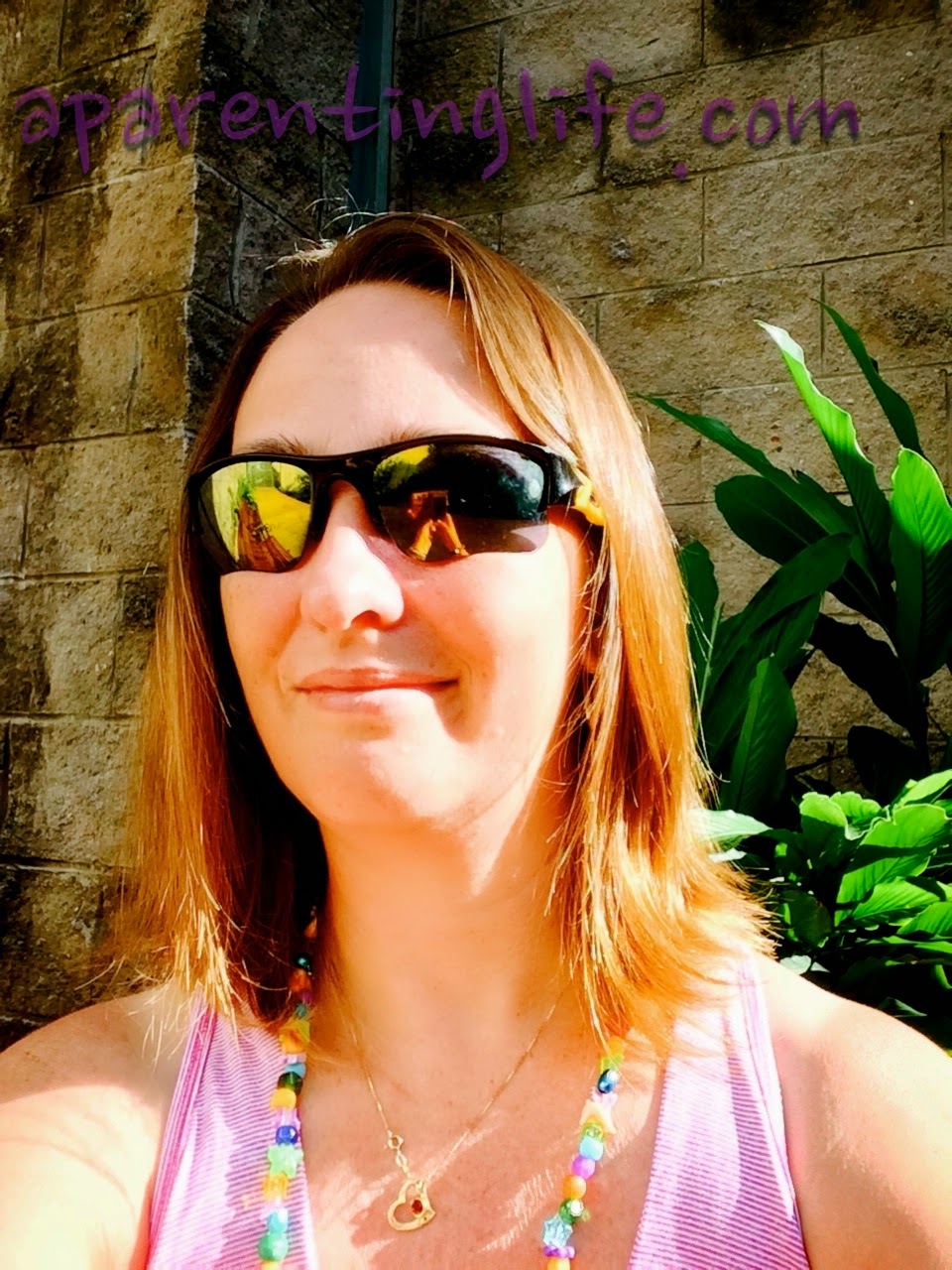 But first let me take a selfie. 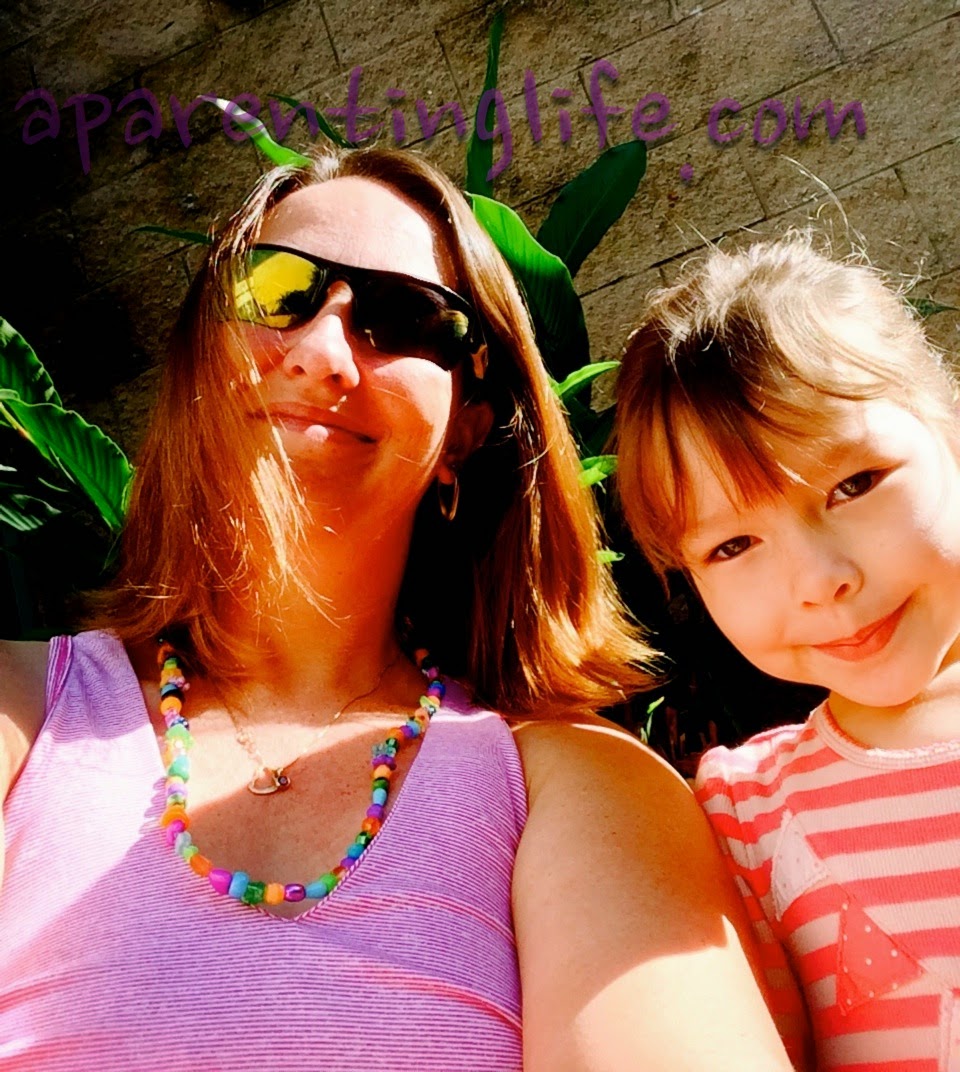 The lovely necklace that I am sporting was kindly made by Zany at school as a Mother's Day present. She is not coping so well with the never ending nights at work that I have been faced with lately and requested that I wear it always. How could I refuse?

Email ThisBlogThis!Share to TwitterShare to FacebookShare to Pinterest
Labels: 2014, Snapshots of Us, updates