Everyone Else is Normal, right? 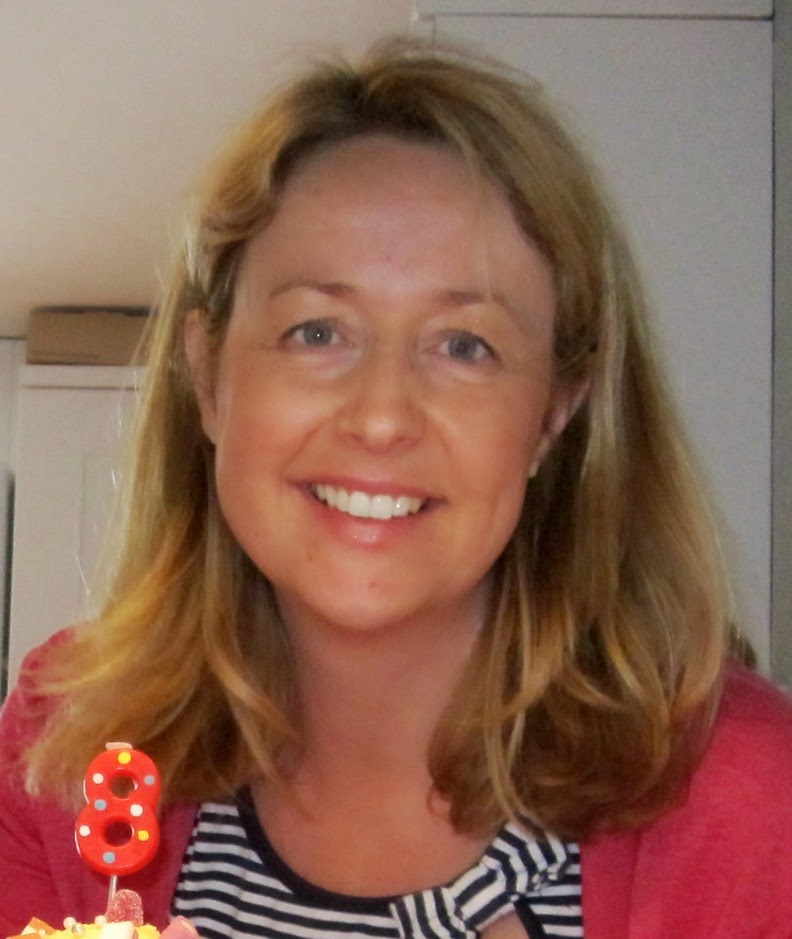 Hello, hello, hello all the way from St Albans, in the heart of South East England, one trillion miles away from Australia, yet so close in many respects…. It’s wonderful to be given the chance to pop in on this fantastic blog, to chat to you, Rhianna’s blog followers. I hope you don’t mind me dropping by.

Siobhan is my name, I’m half-Irish-English, and I’m married to a laid back, bare footed Aussie, from Perth I might add, who came to England 20 years ago to meet his erstwhile father. He found a wife in the process. We then went on to produce a girl who’s nearly 10 and a boy who’s 7. They rarely cease to both delight and infuriate me, usually the former thankfully.

I started this all-consuming, addictive hobby called blogging about 2 years ago, spurred on by a burning desire to write and hounded by a terrible boredom bordering on depression 7 years after I became a parent and a Stay at Home Mum. You see I used to do the total opposite for a job – travel around the world, write intelligent sounding policy papers for World Vision to inform MPs of the dreadful situations going on in Rwanda or Palestine, and generally do the opposite of my parenting job.

Not that I didn’t love becoming a mum in many respects (aside from the exhaustion, lack of reading time and general self-sacrifice) but it was quite a shock. 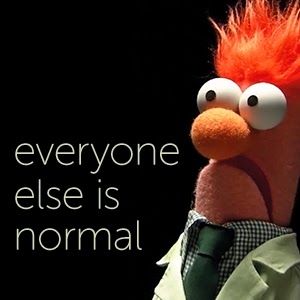 The name of my blog, Everyone Else is Normal, has either made you laugh out loud, smile wryly, or protest that that’s rubbish. If you did the first two, that was my intention. If the latter, good, I got a reaction and you’re right – it is rubbish.

No one else is normal.

But as humans we have this annoying habit. It's comparing ourselves to others.
Something to do with a deep insecurity in humans that everyone else is probably doing better than ourselves.

And when we became parents – oh Lord! – any insecurities and lack of confidence we have is magnified several times over. It's a potent mix of our inexperience as parents, our pride, and our desire to do the better-than-best for our child.

Like I said, I live in St Albans, an historic Roman town steeped in both history and parents. It’s the place where Britain’s first Christian martyr was beheaded for his faith, and we have a super great big cathedral to honour that. Being only 20 mins train ride north of central London in what they call the Green Belt (a wonderful post war planning law to stop the inexorable spread of London) and full of excellent schools, it’s a magnate for professionals wanting to start up a family. Like my parents did 45 years ago.

As a result, its an area that suffers from a classic case of what I call comparative and sometimes competitive parenting: the general over-worrying about our kids’ education, health, accumulation of toys, birthday party protocols and general slight neuroses about whether we’re spending enough time with them or whether they’re spending too much time on their ipads….
I’m not selling my town well am I?!. It’s actually a fantastic, vibrant town full of interesting, warm people, with interesting jobs, a good dollop of culture, music and pubs - we have one for each day of the year I think (I can hear the stampede to move here!). Most people do have jobs but people work long hours, have huge mortgages to pay and the cost of living keeps increasing. But those of us with jobs live very privileged lives in comparison to the increasing number who can’t even feed their kids (my church runs a foodbank, which has become increasingly in demand over the last 2 years).

My theories on why we live in a comparative parenting age was the very first thing I blogged about in The Culture of Comparison, but my main reason for blogging (after writing) is to most definitely to encourage others. Like Rhianna, I see it as so important to look for the positive, to embrace the seasons of life and to laugh at the tough or mundane things. I love her Thankful Thursday linky. A UK blogger, Mummy from the Heart, has something similar called Reasons to be Cheerful which I join in on sometimes.

Parenting is so tough at times, we need to encourage each other and be as honest as we can (without sacrificing our kids’ privacy) if we’re to banish this myth that Everyone Else is Normal. We are Good Enough Mums.

My blog is where I write about this and other rambling thoughts on family life in the UK by sharing the joy, exhaustion, hilarity, bickering, cooking & cleaning, explaining, tidying away, laughing, worrying, encouraging, decision-making, writing of cheques and....learning to let go, that has been my parenting journey.

I also use it as a place to post photos (a great way to see the beauty in every day life, and share Things I Discovered each month: 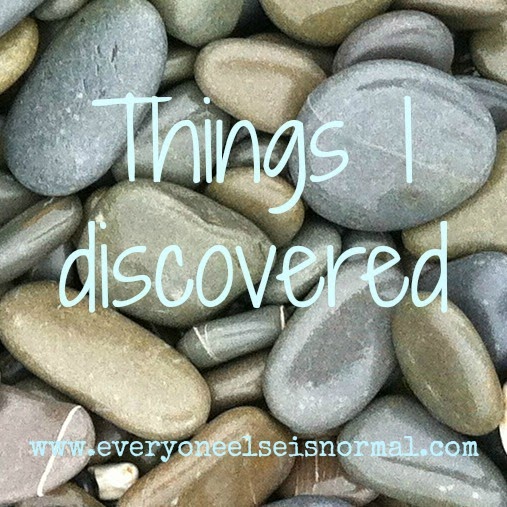 little gems I’ve found to buy, cook, read, do, make or visit that kids or their parents love and that make life that little bit easier. It’s a linky so come by at the end of each month and join in. I didn’t get to write one this month as I’ve started working from home recently, editing a book, so the blog sometimes has to take second place….

So, if you have the time (what’s that?) or the inclination, drop by sometime to share in the funny and the poignant, the rubbish and rough, but mostly to remind ourselves that no one is sorted or entirely ‘normal’, whatever that is, and to resist the temptation to think ‘everyone else is normal’...

So what’s a parenting life in Australia like? Similar in many ways I know, but not all. I’d love to hear your thoughts! Visit me at www.everyoneelseisnormal.com, tweet me @notsonormalmum or email me at Siobhan@calthrop.com