Getting to Know Eamon Sullivan's Mum 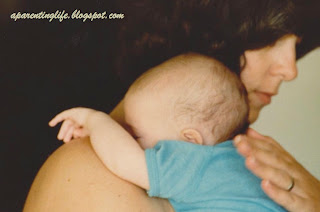 Like most new mums, Pam had no idea of the great things that her son would go on to do.  With the addition of her second child her little family was complete and the wheels in motion for the creation of one of the fastest swimmers the world has ever seen.

Oh and did I mention the incredible good looks?

Because the cute little baby pictured here went on to be not just a cute toddler as seen below, but also a rather dashing young man and one of the country's most eligible bachelors. 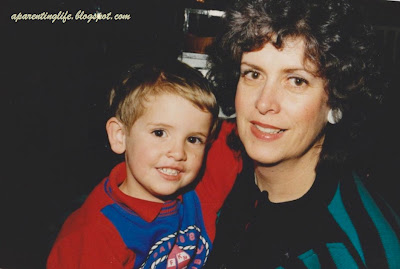 As an integral part of our relay swimming team in the up coming London Olympics, Eamon Sullivan is one hot topic.  However rather than catching up with the man himself I was able to chat with the Mum behind the man.

Pam Sullivan, along with Emily Seebohm's mum Karen, have been selected as P&G's Mumbassador.

Proctor & Gamble (P&G) are proud worldwide partners of the London Olympics and as such have launched a thank you mum initiative, highlighting not just the great work mum's do in raising Olympic champions but the wonderful job mum's do the world over raising all children.

As the wise Trish said in a comment she left me the other day "...we are all raising champions and doing a champion job as mothers"  I think this is the essence of P&G's Thank You Mum campaign, which if you are interested in being a part of you can join in here

I am not really sure why but for some reason I was slightly more nervous about chatting with Pam than I was Karen.  I think it was the whole, I would happily run off with your gorgeous son more than anything.

As it turned out once we got talking my nerves dissipated and I felt like I was once again catching up with a mum I had known for ages.  One thing that stood out to me though was the way Pam continually assured me that they were just an average family.  Growing up Eamon was just an average boy doing average things.

While he may have just been an average boy then he is far and beyond average now.  Pam did say that there were times when it all seemed a little surreal and it is hard to believe that he is  your son.

Eamon took up swimming in a bid to strengthen his lungs and aid his battle with asthma.  Not an uncommon story.  However when he stood on the pool deck at the trials for the Athen's Olympic team common flew out the window as the then 17 year old Eamon made his way into the relay team for the 100m freestyle.  He was the youngest male on the team at that point.

Like  most who have gone on to do great things, it has not always been an easy path for Eamon or his Mum.  Watching her son trying to recover from hip operations and injuries was one part of mothering that Pam could have done with out.  However the dedication and perseverance Eamon showed in these tough times warmed her heart no end.  He would take it all in his stride and just keep on going.

In fact Pam said that it was the way in which Eamon bounced back from adversity that gave her strength to get through it at times.  Though watching him swim laps with his legs tied so he wouldn't use them while they healed is one thing she would rather not have to go through again.

When I asked her how she thought Eamon got through these times Pam put it down to his self belief and the notion that if it is worth doing it is worth doing to the best of your ability.  A notion that Eamon had instilled in him from an early age.  However there was never any pressure to go on to greatness.  The Sullivan household was all about having fun, trying your best and seeing it through to the end.  Great mottos for any family to live by.

Even though Eamon trains in Sydney now, having moved away from his home base in Western Australia the family is still close and supportive.  In fact in true 'a mother's work is never done' style, Pam helps out at Eamon's coffee shop whenever needed.  Be it baking cakes and muffins or filling in when short staffed Pam is always there to lend a hand.

One thing that Pam has enjoyed most about being a Mumbassador is the extra time that it has given her with Eamon in the lead up to the London Olympics.  You need only to look at the photos to see the special bond that mother and son have. 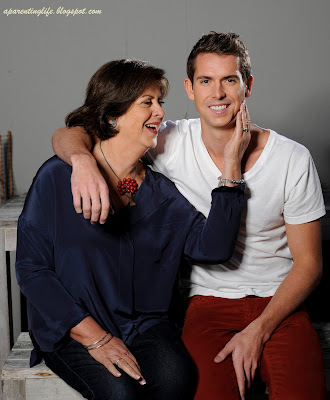 When I asked Pam what some of her proudest mummy moments were she said it wasn't so much the winning of the medals but more so knowing he was trying his best and giving it all.  Watching him live his dream and achieve his goals.

She also said it was the little things.  Like when a fellow parent of a younger member of the swim team came up to her and thanked her for all the time and help Eamon had given their child.  A testament to his great nature and caring personality.  Though Eamon claimed he was simply returning the kindness and support that had been given to him as youngster on the team.

Pam spoke with great fondness of how Eamon had such a wonderful sense of fun and was only to happy to act the fool to create laughter when needed most.  She described him as an easy to get along with person who always fitted in well with whatever was going on.  The pride and love in her voice as she spoke was more than just touching, and again led me to feel the closeness of their bond.

As all mums would agree we don't do what we do to be thanked.  Which is lucky because more ofteh than not there is no thanks.  What there is though are special moments in time when our kids just make us go awwwwe and touch our hearts in ways they will probably never understand.  I asked Pam if she had any of those moments she card to share.  The first she mentioned was a "Love you Mum" tweet on mother's day, followed by a hug on the Athen's Olympic pool deck.  Getting non competitors onto the pool deck is no easy feat.

As the kick off to London draws near Pam, her husband and their daughter Pia are preparing to head off and cheer Eamon as he once again does not only his country, but also his family proud.  I would like to wish them all safe travels and wish Eamon the very best in the water.