Well today is the day that I have been waiting for. Waiting for what feels like forever as well I might add. From the moment I booked my air travel I could feel the trepidation grow just as quickly as the anticipation and excitement began to build. Forever is also what it feels like since I was without the needs of a child to consider

This whole putting myself first, just doing what I want. Without thought or consideration of anyone's need, wants or desires, but my own. It has been way too long

There is no doubt though about it being the right thing to do.
Not from me, or Mr Awesome.
He's awesome like that.

Naturally all the things I thought I would have done by this point in time I haven't. Well maybe not all but most. For a little while I actually thought that I would have my bags packed a full twenty four hours before I left.

Seriously I am delusional at times. Or perhaps just easily distracted.

You see before I could pack I really needed to do a bit of a tidy up. As awesome as Mr Awesome is, it is just not fair to leave him too much of a disaster zone. Plus I want him and the kids to be having as much fun as possible and not worried with boring things like cleaning and washing clothes.

At least for the first few days anyway.

Only somehow moments before Miss Six and I started tidying we decided to do some colouring in together instead. Before we finished, Mr A and Miss Eleven were home and before we knew it the afternoon had slipped away and it was time for a quick frolic in the park with some friends.

Naturally the quick frolic turned into a leisurely picnic dinner complete with strawberry liquor champagne, fresh fruit and cheese and biscuits. Sadly only Miss Six was with me so I still needed to source food for everyone else.

Which I didn't mind too much because as much as I may have spent most of the late afternoon sipping champers and nibbling cheesey crackers I was also just a little bit hungry. Kids Fattening Centre sorted the dilemma and before long kids were fed, washed and bed with minimal fuss.

My bag however remained largely unpacked.

Nor was I longer able to pack it because the bag is still sitting at the back of the very top shelf in the room of sleeping children. Totally impossible to access in the dark and silently.

This was actually a bit of a blessing in disguise.

I actually had two and a half thousand words waiting for me to edit them. It was kinds of a pressing matter because someone was paying me to do so and naturally the deadline was beginning to loom. 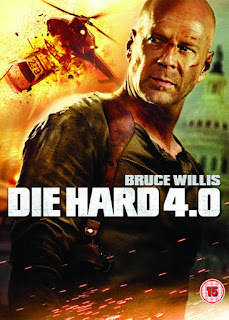 Instead just buckling down and getting the work done. Followed by diligently tapping this post out. Which while I hope has been entertaining for you to read, has not actually aided in my bag packing.

How long before departure is your bag packed?
Are you easily distracted like me?

Email ThisBlogThis!Share to TwitterShare to FacebookShare to Pinterest
Labels: 2013, daily dilemmas, day to day, DPCON13, dreams, home life, Inside me