Parenting, relaxed, indifferent and something in between 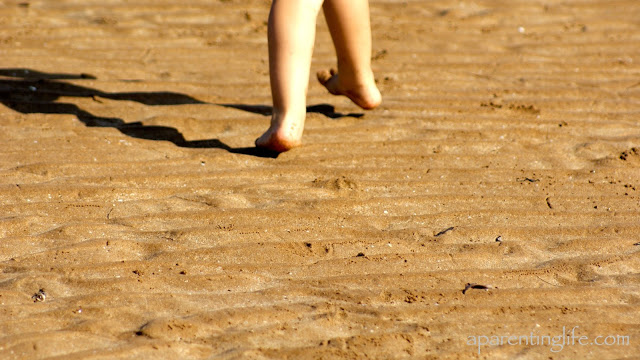 Without trying to big note myself mothering has been a pretty natural journey for me.  Well at least until recently.  I have always been confident in my abilities and choices.  Even as a brand new mum some ten years ago, I don't ever recall second guessing myself.  I always felt I knew what to do.  Though I must admit I did keep things pretty simple with my only major parenting decision being I would go with the flow.  If she didn't need her nappy changed I figured that she needed feeding.  Once they had both been seen to the next step was  to alternate between sleeping and playing till it was time to feed or change.

Some might think I did the first three months tough.  I was essentially a single mum (Dad was sent overseas for work at three weeks post birth) I didn't know what else to do with myself so I went back to work.  My boss really needed me and was happy for me to take DD1.  I informed him that the baby would take priority over any customer to which he replied "of course".  For the next seven months I worked full time with DD1 in tow and loved every minute of it.  In fact it is with great pride if you will I look back at my 23 year old self selling a mobile phone contract while breastfeeding my baby.

My nature is somewhat relaxed (at least for the most part) so I tend to just float around and see what comes.  Which is probably why my customers thought nothing of my baby while I served them.  Thankfully this whole relaxed thing has worked quite well for me so far.  Each child has seem easier thatn the last if you will.  My children are happy, easy to please and wonderful to be around (most of the time).

Sadly for me though, I am not sure exactly how much further relaxed will take me.  Some days actually I even wonder if there is a relaxed being in me at all.  At ten and a half DD1 informed me the other day that I was not the boss of her and who did I think I was asking her to pick up after herself.

I am informed her that if she was in fact the boss of herself then she needs to have a long hard talk with herself in regards to picking her stuff up and the way she spoke to others.  I also told her that even if I wasn't her boss as such as her mother I was responsible for her.  Part of the responsibility is ensuring she is nurtured into a caring an compassionate person who always strives towards positivity and is able to think of others.

Relationships are always tricky.  They require a careful balance that involves equal and opposite actions and reactions.  Which as you are probably well aware is much easier said than done.  Especially when it comes to that of a mother and her ten year old.

While I may wish to vigorously deny it, my little girl is growing up.  She wants to learn more about the world but I am not sure they are things I am ready for her to learn about.  I want to keep her safe and sheltered away from having to explain why someone would sing about having a passion in their pants.  I don't want her thrusting around to video hits or listening to hip hop or any of the other terrible things 'kids' get up to these days.  I think I can actually understand how some people felt when Elvis first began to bless our lives with his gyrating.

I do not believe in letting kids roam the street.  I did not get to just wander aimlessly around streets and I don't want my children doing it either.  I am being swayed from my ways though.  Slowly and only in some ways.  I let her walk to the shop the other day to buy a tub of ice cream.  I can run to the shop and back in under ten minutes.  I am not a fast runner.
She had strict instructions on where to cross the road (it is busy).  I watched the clock the whole time she was gone.  She had my mobile, I resisted the urge to call her.  It was a long 20 minutes.  She didn't have to run.  She had a friend with her.  A few years older and allowed to roam the streets.
Her mother says she likes to know where she is (ah yes most mothers do), she works till after 9pm some nights though and there is no dad.  Just a sixteen year old brother.  She doesn't know what her daughter gets up in this time and frankly I am not sure she cares.  I could go on for quite some time about it all.  I won't.  I am sure you know where I stand by now.

As a mother, actually as a person, I know that we are all entitled to our own opinion and for the most part I am happy to embrace all sorts of different ideas and opinions.  However there are still some things that just totally amaze me.  Like the parents who agree at 6pm on a Saturday evening to bringing their daughter over for a sleep over.  I had been banking on them thinking this was a bit late and perhaps a little short notice.  They didn't give it a second thought.  They didn't even need to discuss it with me.  When they rang an hour later to ask for directions the mum decided to mention that her daughter had been home sick from school all week with a bit of a cough. Which was lovely as whopping cough has been passed around that school for months now.

When they finally made it I mentioned to the mother that at 8.30pm I would not be dropping my children anywhere and what a good mum that made her.  To which she responded with Thanks the sooner they are in bed or out somewhere else the sooner she can get on with her plans for the evening. I was left to pick my jaw up off the ground only to have it fall right back down when she told me that her daughter had panadol with her to self medicate as needed.

So why am I telling all this to you?

Well mainly because I am just flabbergasted at some people's choices and at least by saying it here I resist the urge to tell them in person.  Which is good because it is their business not mine.  However to some point these people are becoming my business as they may have an influence over my daughter.  One I may not be comfortable with.  My days of easy relaxed parenting are feeling slightly numbered.