A nothing kind of day

As the thirteenth week away draws to a close it is hard to believe that we are at day 91 of our adventure. On the one hand driving off day feels like only yesterday yet on the other it almost feels like a lifetime ago. One thing I do know is that I don’t ever want this way of life to come to an end.

Today, a Saturday, has very much been a nothing day. Mr Awesome finished the first of his six weeks at work yesterday and we celebrated with a quiet rum and coke. Ok so maybe there was more than one and quiet possibly more rum than coke.

Today we woke up feeling a little under the weather. To say the least.

Actually on the scale of worst hangovers ever it probably doesn’t even rate a mention it has just been so long since I felt the after effects of alcohol that it really knocked me for six. Though I am certain it was the lack of sleep more than the grog that left me feeling worse for wear this morning.

Mind you I wasn’t feeling bad enough to swear off drinking forever, or even any period of time for that matter. As I type this there is an icy cold cider by my side.

Speaking of not drinking though October is the month also known as Ocsober, where those with more will power and sense than I refuse alcoholic beverages for the month. All in the name of raising funds for worthy causes that encourage children to make healthy life choices. Like saying no to drugs and alcohol.

This year a dear friend has decided to be a party of this worthy cause. Which makes her all sorts awesome. Well actually it makes her even more awesome than what she already is. Anyway the whole point of me telling you dear reader is in the hope that you might have some spare coins to donate her way.

All the details can be located via this link.
Thanking you so very much xx 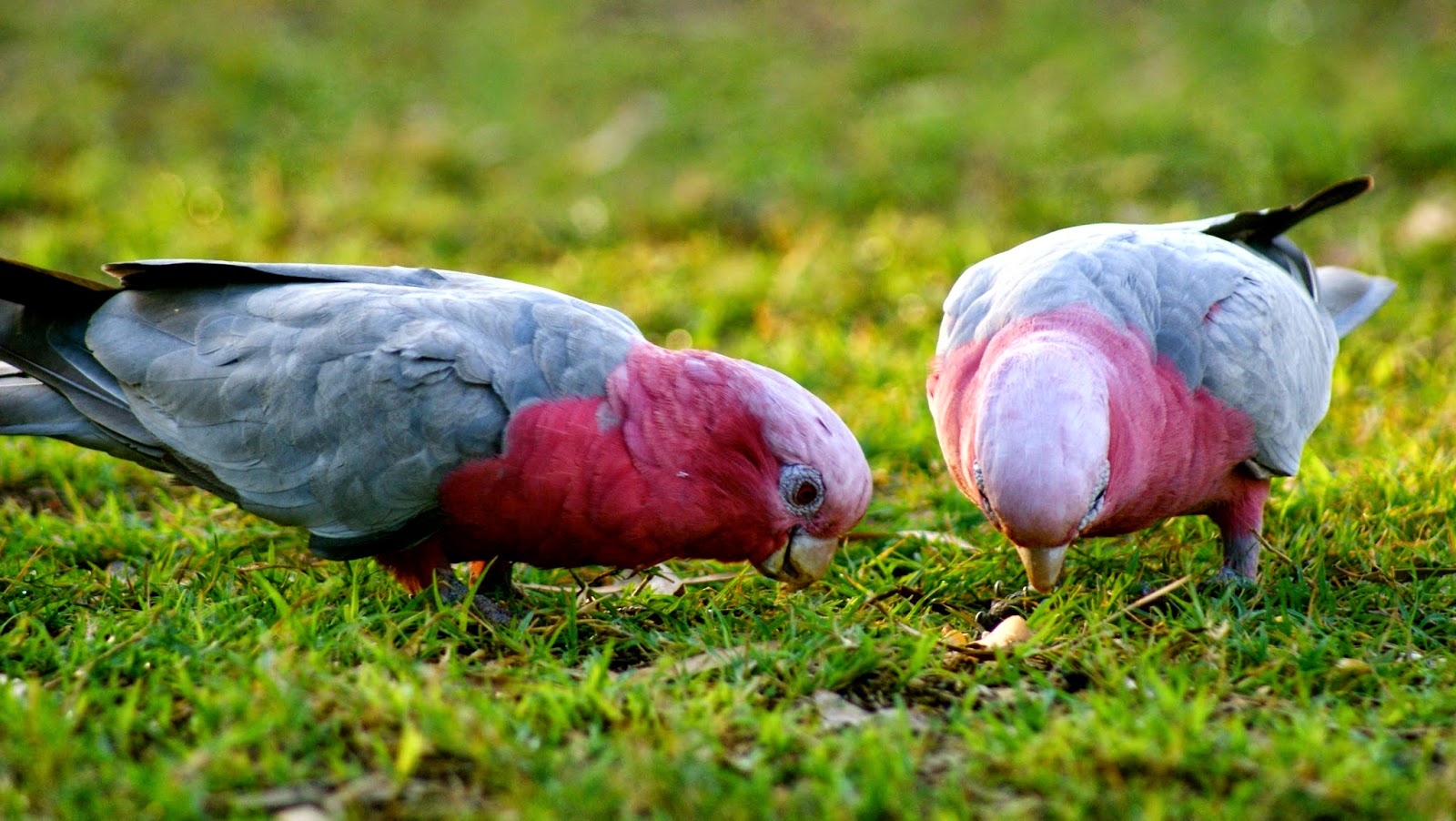 One of the things I love most about where we are currently staying are the galahs that regularly pop in to say hello. Actually they are probably stopping in to eat the seed we put out for them more than just dropping by to say hi. Regardless, their presence makes me smile. A lot.


For now though I should go and get dinner for the troops sorted. The never ending battle that feeding seems to be drives me to distraction. I mean it is not a battle to get them to actually eat, just the relentlessness of it needing to be done all the bloody time that makes it feel like a battle.