Having a break from adventuring

As I type I am sitting all alone at a table in the Broome International Airport. I have approximately twenty eight minutes until I board a plane back to Darwin. While my mind is spinning out of control and my stomach doing somersaults my biggest dilema at this precise moment is whether or not I go to the bar and get another mango beer. 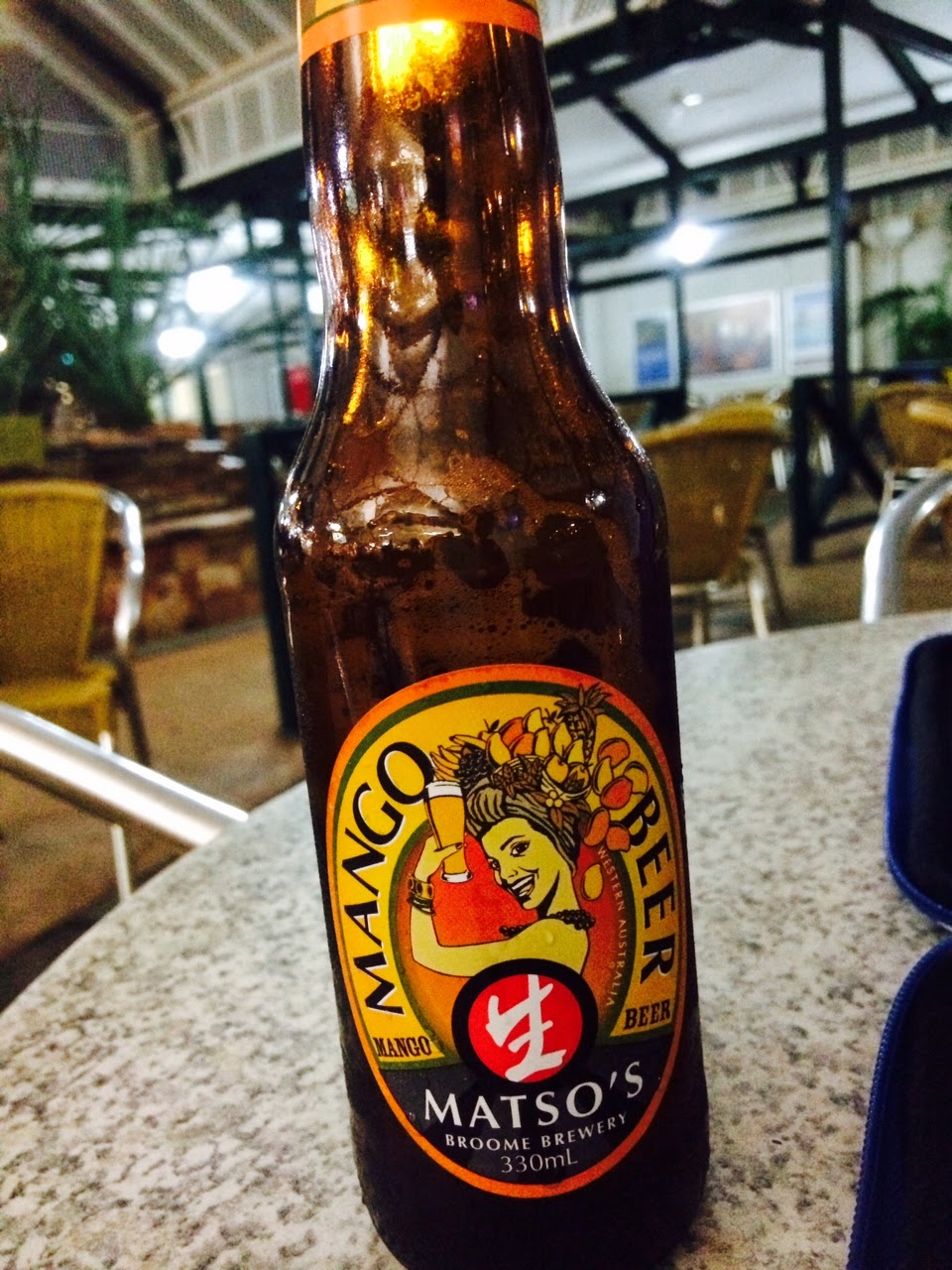 Oh my mango beer is beyond awesome by the way.


Mind you the question in not really as simple as whether I just get another beer or not. As I mentioned I am completely alone and unattended. Which means if I leave my table to go to the bar I have to either a) take all my stuff with me and by stuff I primarily mean laptop, b) leave it sitting on the table as the bar is within eyesight just about 10 meters away, or c) enlist the help of a stranger to watch my stuff and ensure no one runs off with it.

Though option C just became a bit trickier as most people in the air port just got up to board a flight.

Oh the decisions in life.

In the end option A won. Since there was now a multitude of tables to choose from it also provided me with the opportunity to move away from a table that was right underneath the TV and front and centre of the room. I am tense enough as it is without feeling as if everyone is staring at me when they are actually just trying to catch a glimpse of the footy scores on the big screen.

Going home does not really excite me in any shape or form. I did contemplate not going at all but sensibilities kicked in. I need to find out what is happening with my silly clot and I would much rather do that with the doctors I already know rather than start the entire journey again.

On the upside it will be nice to not have to tend to anyone’s needs but my own. I did go to type not worry about anyone but myself but truth be told I will be doing nothing but worrying about Mr Awesome and the girls.

He is going to take them to a little beachside camp spot about 50km north of Broome. Chances are there will be no coverage so I won’t be able to check in daily with them. You know to make sure that they arrived ok and then haven’t been attacked by wildlife or something crazy.

Poor little Zany is a bit beside herself about it all as well. Poor little mite doesn’t cope well with people she loves leaving. I had forgotten just how worked up she got until it got close to my departure time.

To make it all a bit easier for everyone I decided that it would be best to just dump me in the drop off zone. Not being completely at ease about it all myself the last thing I needed was to see the kids breaking down.


Have I mentioned how great mango beer is?