Running and breathing. Doing it wrong and getting it right 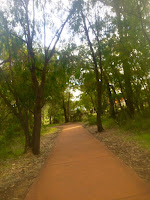 With race day just under two months away I have decided that I need to take this whole running thing a little more seriously. As much as it is all just about getting out there and putting one foot in front of the other there are also a few handy things to know about to get the most out of putting those feet in front of each other.

For me at the moment the most difficult thing about running is breathing. I just can't seem to do them both at the same time. No matter how much I breath in it just doesn't feel that I am actually getting any air in. Obviously I must be getting some in, but just not nearly enough for my body's liking.

Thanks to a quick Google search though I have been able to find the error of my ways and am now enlightened as to how a runner should be breathing. And since I am a sharing caring kind of running blogger I am happy to impart my new found knowledge on to you.

Not when it comes to running and breathing though.

When running you should breath through your mouth rather than your nose. Or both, but definitely not your nose alone.

Clearly your air intake through your mouth is of a much larger capacity than your nose. Since you need extra oxygen to run properly it only stands to reason that you breath in a manner which maximises your air intake. I can't believe I couldn't work that all out for myself but there you go.

The other hot breathing while running tip, is to breath deep and from your belly rather than your chest.

Apparently most runners have a tendency to breath using their chest rather than their diaphragm. To combat this it is advised to practise belly breathing when you are not running so that it will eventually become a natural habit.

Regular Pilates, which strengthens the core, increases flexibility and improves breathing is a great way to encourage belly breathing. Some great Pilates exercises for runners can be found on this Runners World post.

To test where you are a belly breather or not, place your hand on your stomach and breath in. Your hand should rise as your stomach expands. As you exhale your stomach (and hand) should go down.

Once you have sorted breathing in through your mouth and using your diaphragm rather than your chest the last part of breathing while running is establishing a rhythm.

A running breathing rhythm is essentially just taking the same amount of steps for each inhale and then exhale. For example when you breath in, take two steps, then breath out over another two steps and so on. Of course it doesn't have to go for two steps though, it might suit your pace better to breath in over three and out over two or vice versa or perhaps a 2:1 or 1:2 ratio works better. It all just depends on on your stride, pace and where abouts in your run you actually are. For more details on establishing breathing rhythm while you run head to this post by Runners Connect.


So there you have all you have to do to breathe properly while running is, open your mouth, create a rhythm and use your belly rather than your chest! Easy as huh?