The Things I Know About Returning From Holidays 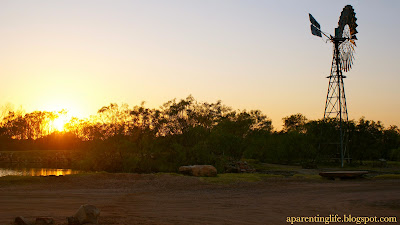 Without a doubt the first thing I know about a returning from a good holiday is that you just don't want to. Not at all. As much as I knew that coming home wasn't going to be something that I wanted to do I didn't know just how much I didn't want to return to the normality that is my life.

And when I say normality I think I actually mean mundane and boring.

I know that this holiday and time away from the daily grind is really making me stop and think about what our life is really all about. I know there are some changes that I need to make.

I know that I loved how easy it was to make the time to write every day. Well at least every day that we were on the road. Without planning it we fell into a bit of a routine on driving days. Mr Awesome would do the first shift while I typed away on the iPad. When we reached a town I would post my entry and feel as pleased as punch with myself. It really is the little things some days.

Mind you for as much as I wrote while away I didn't write as much as I thought I would. Just between you and me there was a part of me that expected to have the better part of story done and dusted. The bush was supposed to inspire me and ignite a burning passion that couldn't be stopped.

That's not to say I wasn't incredibly inspired at times, it was, as it is always, just never at the time when I could actually write. It seems aside from dinner time my most favourite time to become inspired is when I am driving. In an ideal world I would have been able to just pull spit out the wordy gems within me and carry on our merry way. Three little people, and one big person stood in the way of that being the case. Sigh.

I know that my to do list still seems to be growing at exponential rates. There are never enough hours in the day.

I know that I was glad to get home with time to send the girls back to school for a few days before school holidays started. Especially since Mr Awesome had a few extra days off, which allowed us to pretend we were pre children adults during school hours.

I know that I feel terrible for poor Mr Awesome having to go back to work but the bills just don't seem to pay themselves.

I know that despite all that went wrong while we were away, we had the best time ever. I would do it all again in a heartbeat.

I know that for now that is not really an option though. 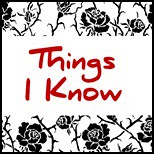 You should swing by both of them and check out all the other awesome posts
that have been included this week.