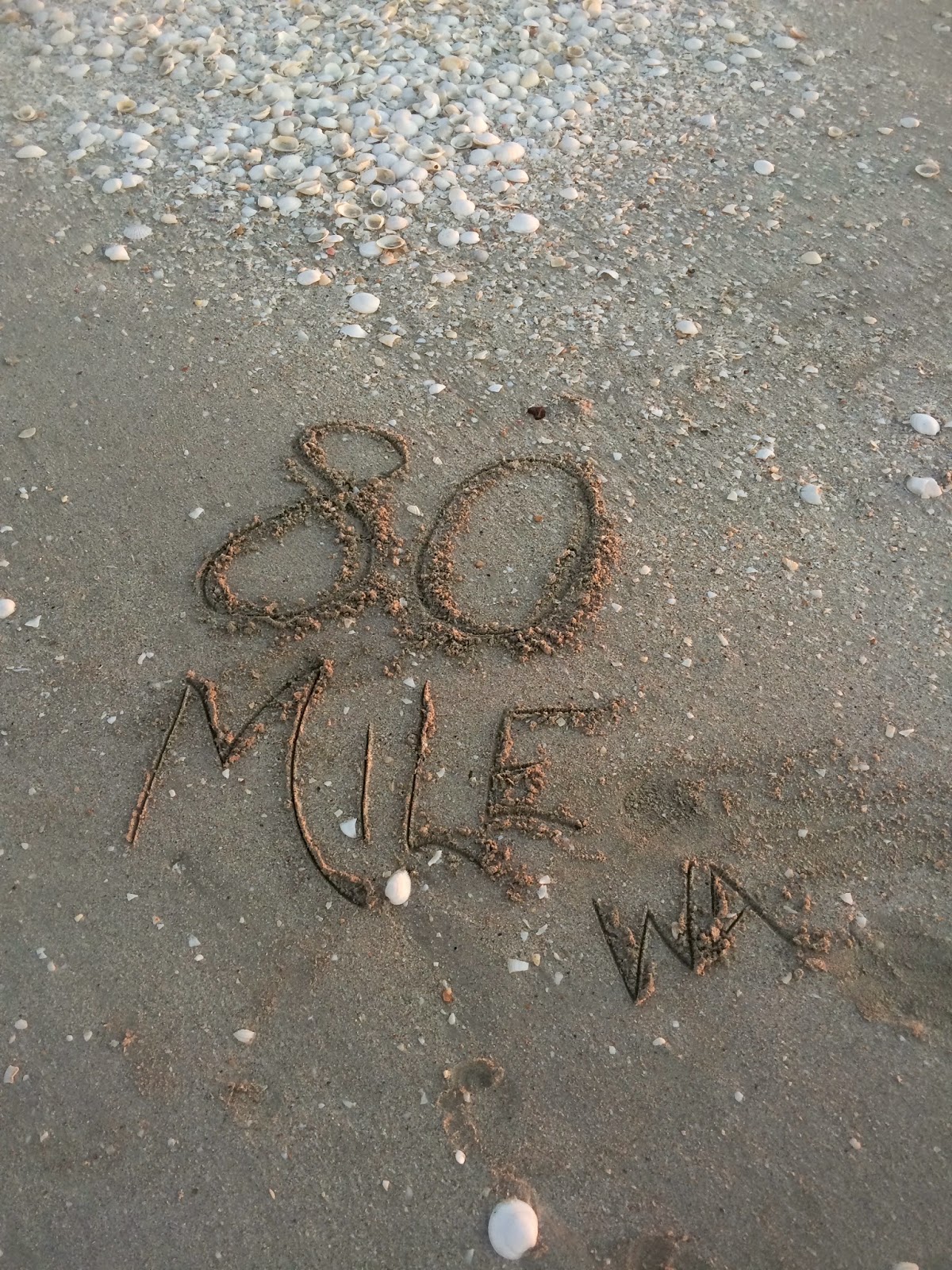 Even though it wasn’t a long drive from Barn Hill we decided that we would spend a couple of days at 80 Mile Beach. Eighty Mile Beach was on of those places that quiet a few people had said we must do. So do it we did.

It had been described as a beach unlike any other so we approached it with great anticipation. The description was incredibly apt. It was most certainly unlike any other beach we had ever seen before. However it was not necessarily filled with the beauty we expected from a title of unlike any other beach. That is not to say it was ugly either, it just wasn’t what we were expecting in any way.

The most disappointing factor was that the beach appeared to have a lot of similarities to a mud flat. The water was miles away from the shore line. It was at least a fifteen to twenty minute walk from hitting the sand to getting our toes wet. Which would have been a lot more enjoyable if the last half hadn't have been through a muddy slop that at times saw you sink up to your knees if you landed your foot too hard in the wrong place. 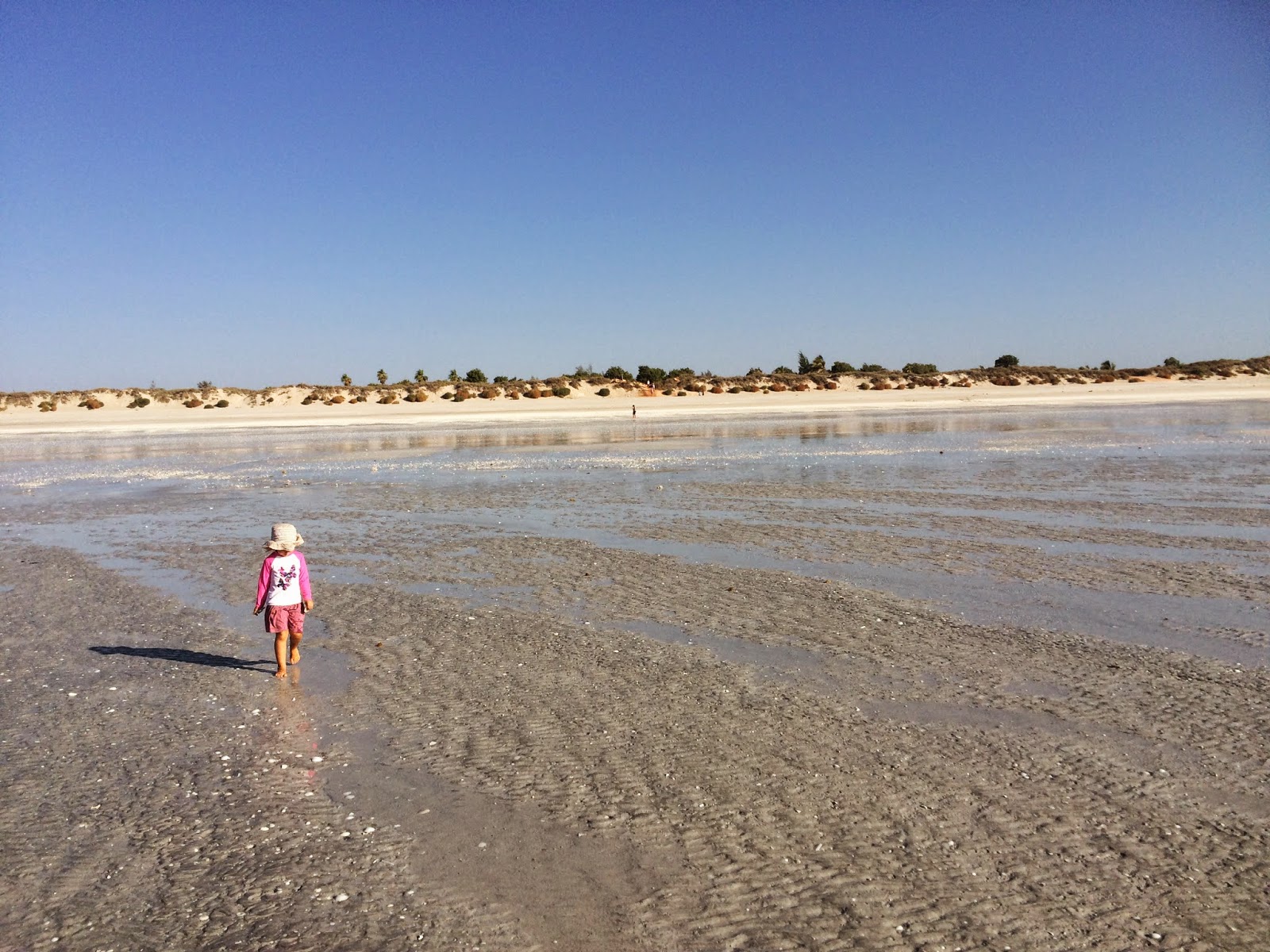 Of course it is fair to say that this is only the low tide experience of 80 Mile Beach. Sadly for us we managed to miss going down on the beach at high tide.

The real highlight of 80 Mile Beach though are the shells. 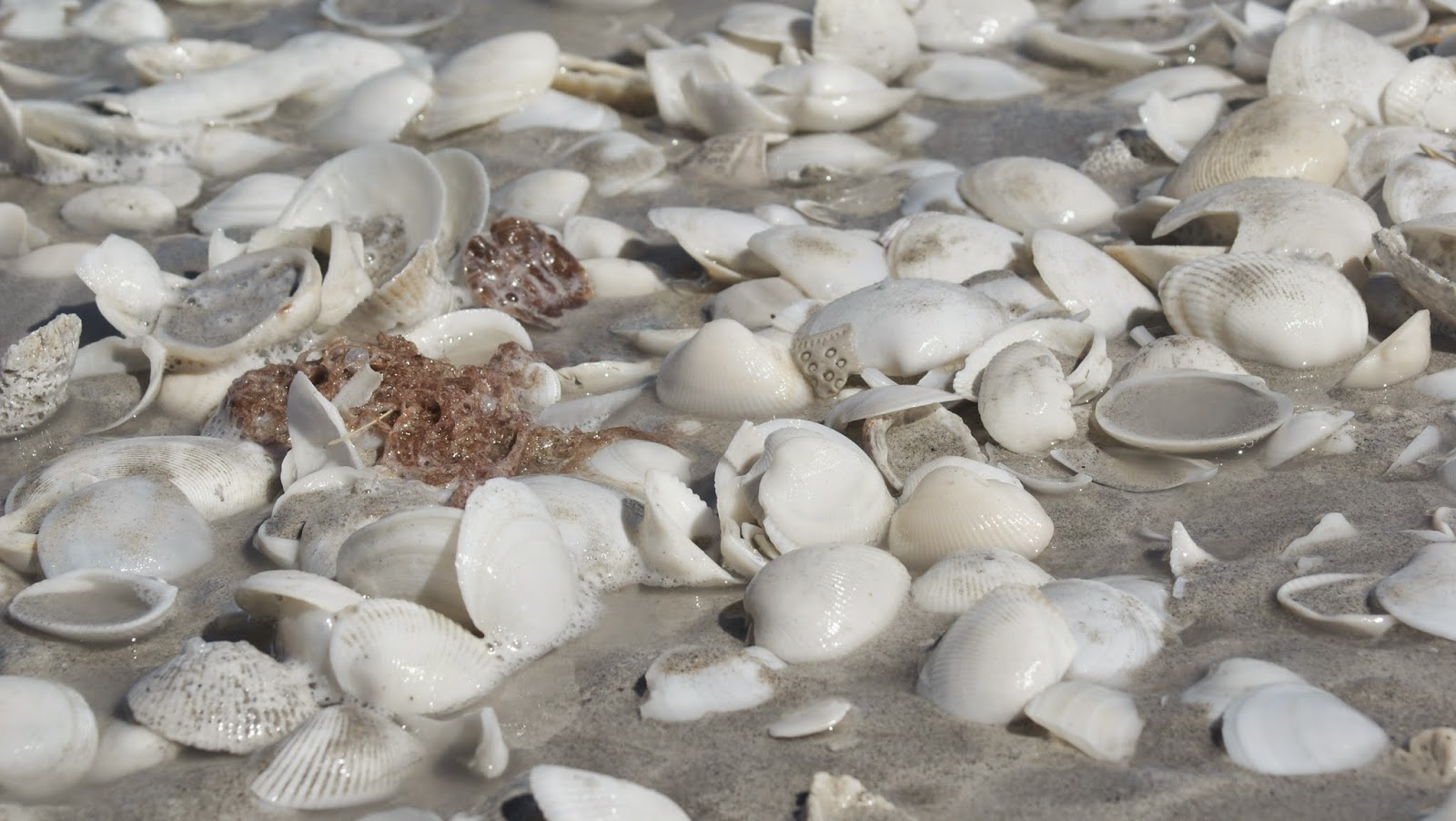 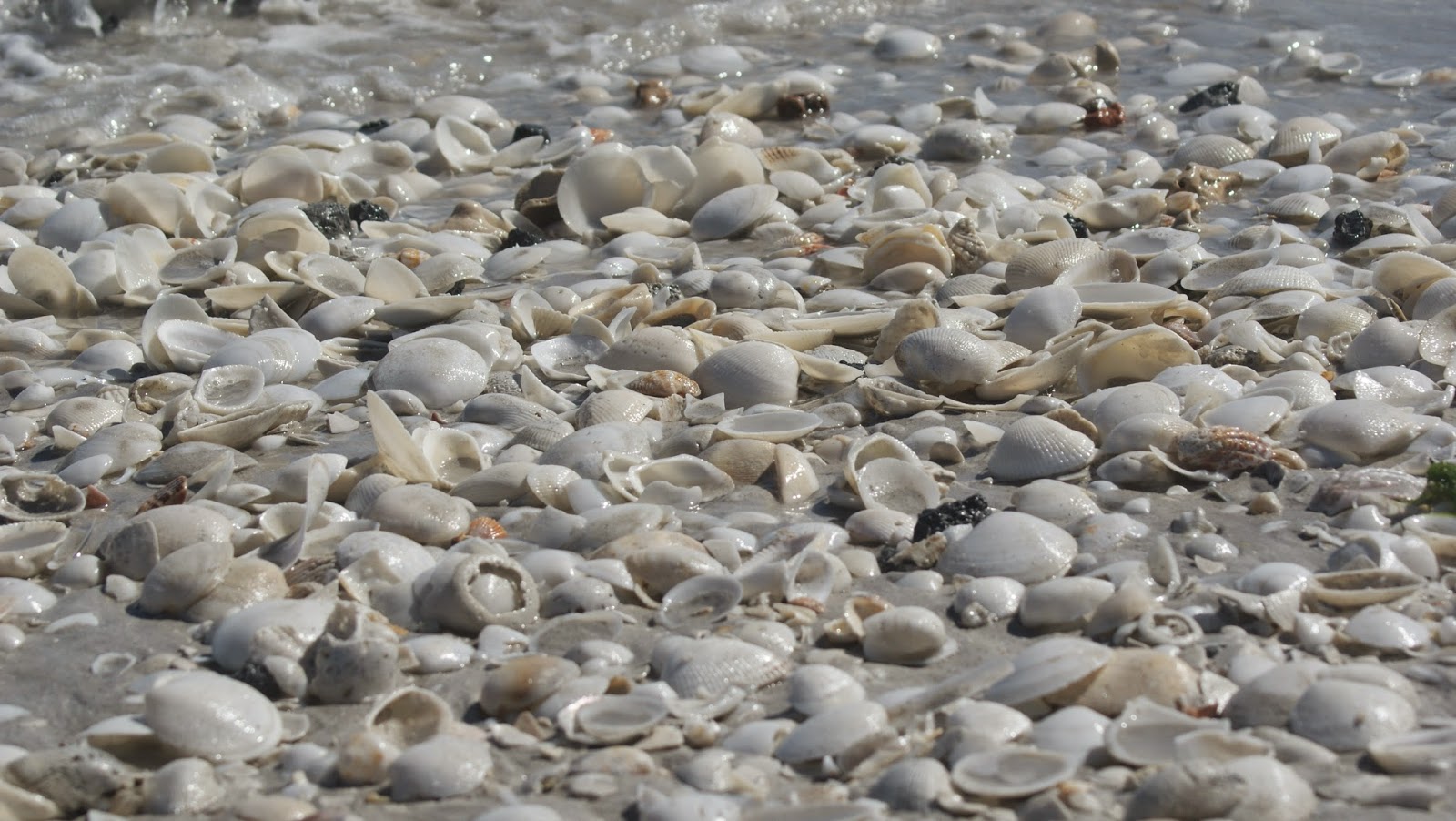 Never before have I seen anything like and it is certainly why it had been described as a must see place. There were so many shells in some places that it was physically impossible to walk without standing on them. I was tiptoeing around trying to make my footprint as small as possible because the crushing of the shells under my foot made me want to cry. 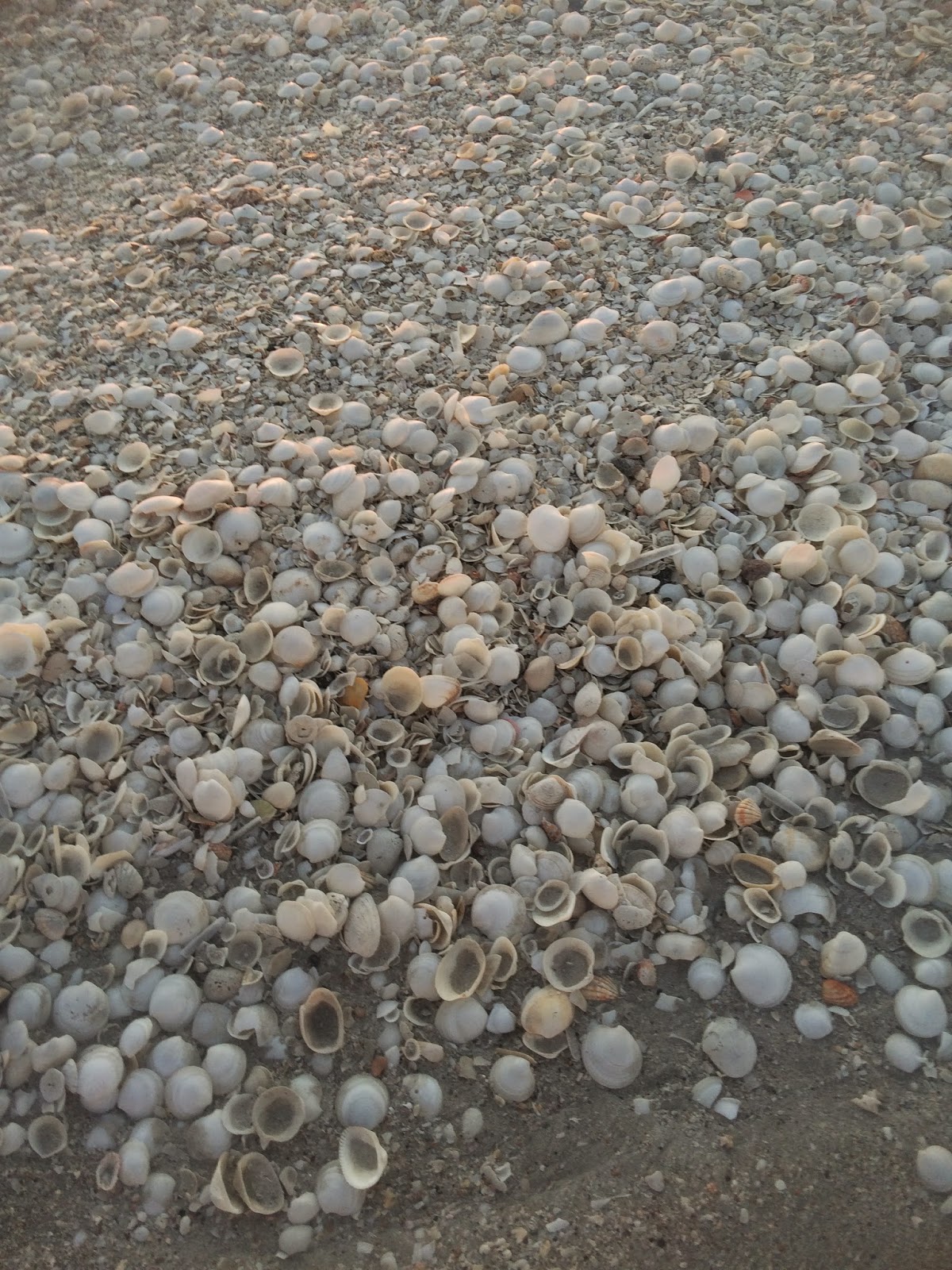 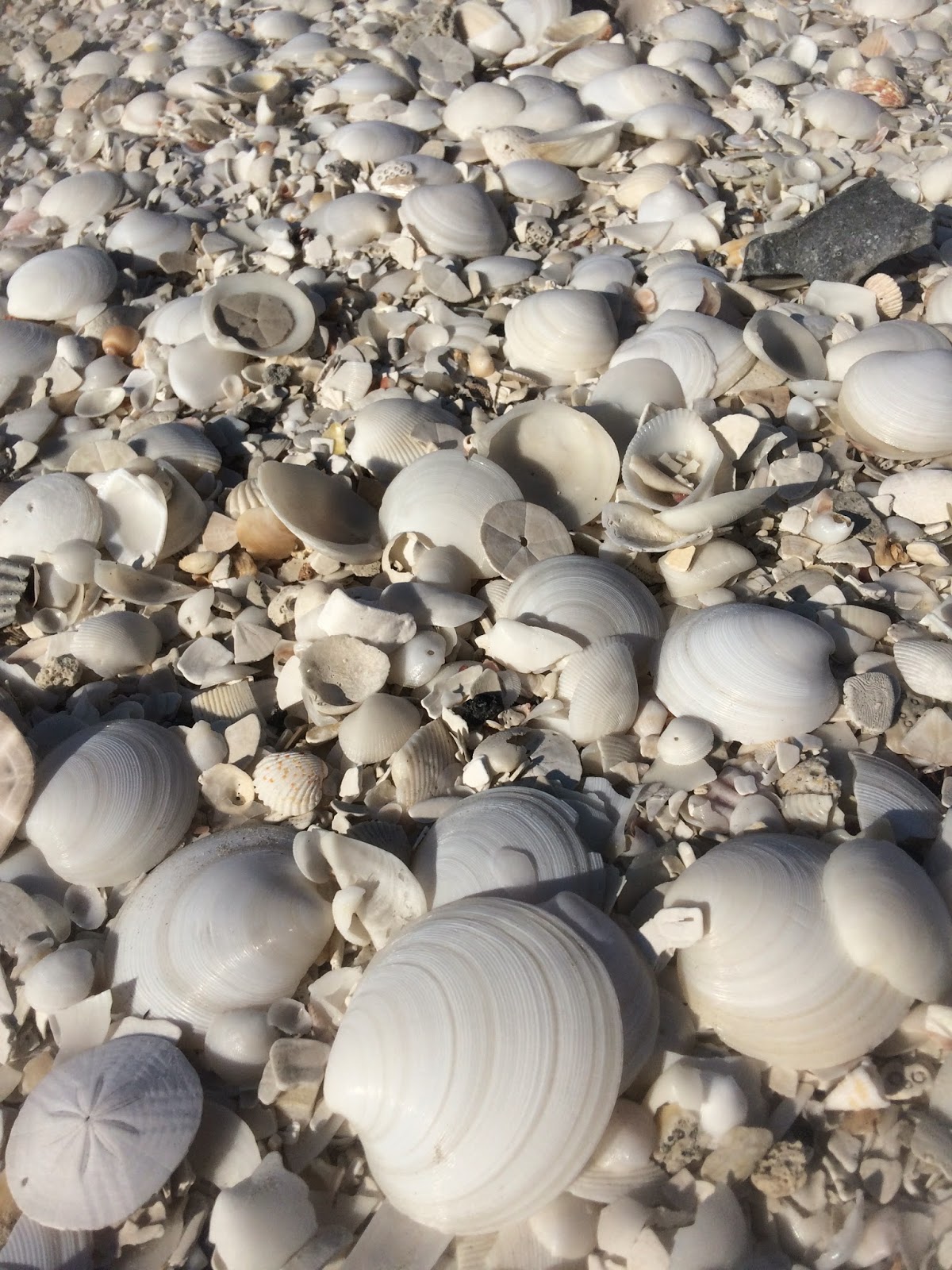 It was hard not to walk down there with a bucket or ten and bring bucket loads of shells back. Mr A made it quite clear that this was not an option. His reasoning was that it was impossible for us to carry them all around the country side. Which was a very valid point however the fact that if everyone did that there wouldn’t be any left for the next person to look at sat a lot better in my brain. Much to the girls disappointment I might add.

After spending the morning exploring the mudflats, beach and shells we headed back to camp for lunch and some quiet time. The girls played and read while Mr A studied his eyelids and I caught up on some more blog posts.

The afternoon saw us spend some more time exploring the beach area and watching the wanna be fisherman. There are a large number of people trying to catch fish but from what we saw very few were successful. 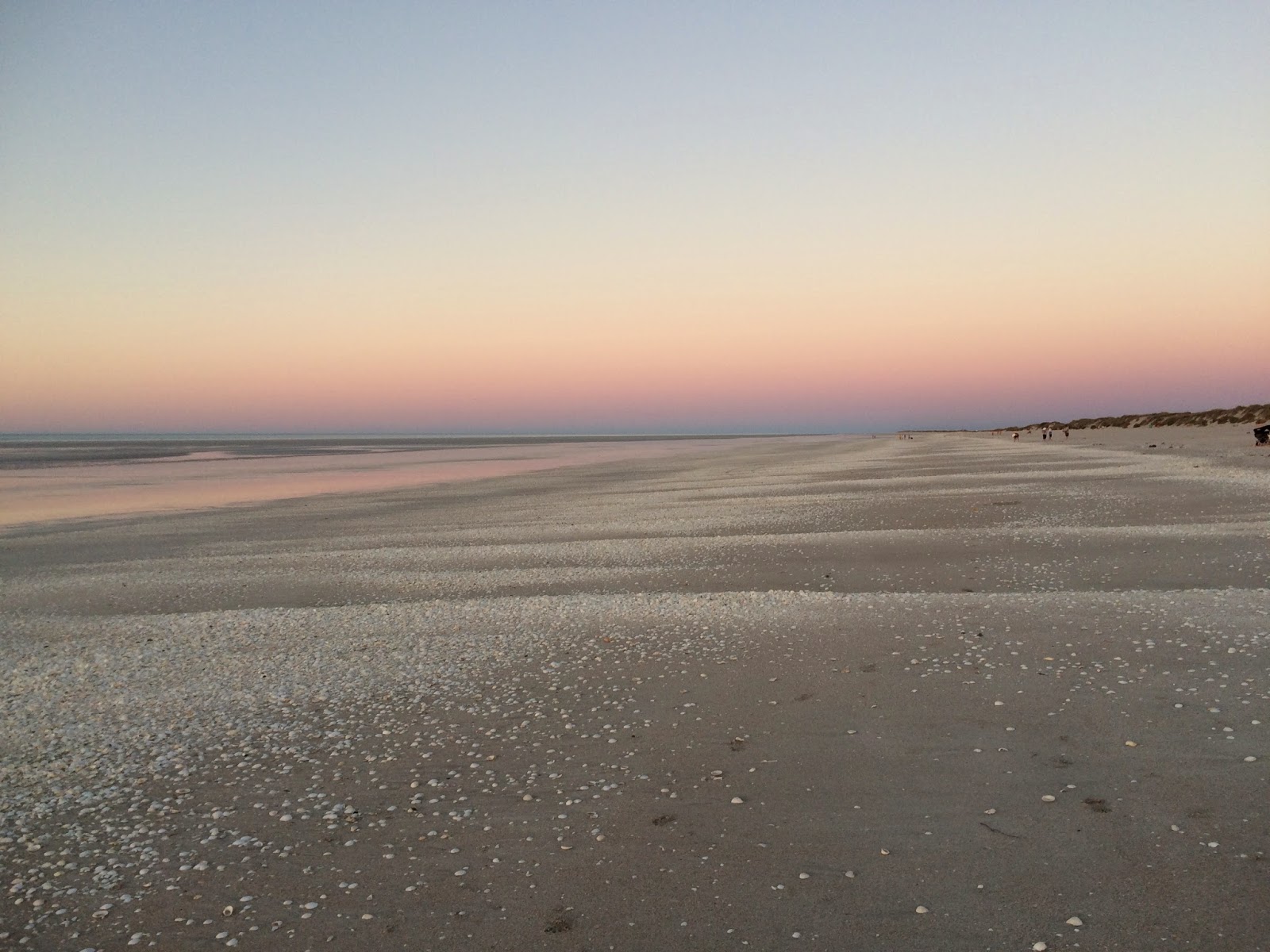 The caravan park that we stayed at was nice enough, but after the cheap prices at Barn Hill felt very expensive. The sites were all very close together and even though it was off peak season the park was relatively full. I don’t think that I would like to be there in peak season. It did have a mini mart on site though which meant we were able to restock with fresh milk and ice, which was nice.

I am glad that we stopped in and had a look but I don't think Eighty Mile Beach will make to the list of places we will go out of our way to see again.