Today my baby turns five!! Which just between you and me I find a little hard to believe. Mind you the fact that in ten days time my eldest will turn fourteen is as equally mind blowing.
Where does the time go? And more to the point how does it simultaneously pass in the blink of an eye yet before their arrival seems like a lifetime ago? 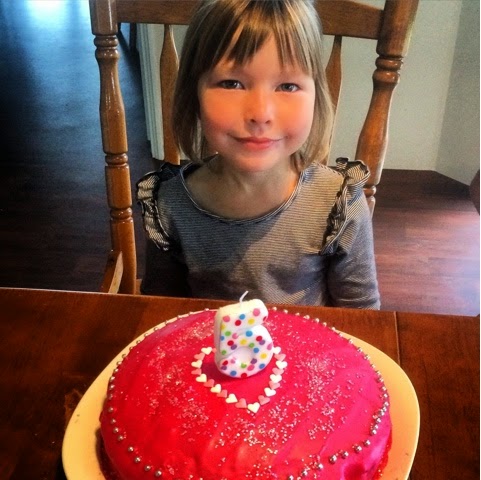 There was so much more I wanted to add into this post when I started it this morning. However there were cakes to be decorated and children to be amused.
Thanks to a sudden onset of constant drizzle intermittently broken up with slightly heavier showers our plans for a party in the park with our only buddies here in the south west quickly became as much fun as we could muster inside with a heap of balloons and five kids. Though given one of them is a teenager I guess there were really only four.
Being inside wouldn't have been such a big deal if I hadn't have gone all out with a sugar and junk overload when I did the catering. I had expected wide open spaces and climbing frames to burn off the excess energy of the sugar rush.
Sigh.
Thankfully though the clouds managed to hold off releasing all over their drops for a tiny bit which gave us the opportunity to banish the sugar laiden kidlets out to the back paddock to madly chase each other with a bubble gun. Oh how I love being on a farm.
As I tucked my little Teapot into bed she wrapped her arms around my neck and happily declared a most wonderful birthday was had. Which at the end of the day is all that really matters.