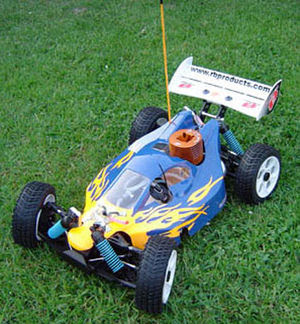 “Do you swear to tell the whole truth and nothing but the truth?”
Taking a deep breath Joe thought long and hard about the question. Not that it made it any easier. He knew that he didn't really have a choice but to tell the truth, but he still didn't want to.
“Well...” the Judge's voice snapping the young boy back into reality.
Sitting there in the courtroom Joe still couldn't comprehend how things had gotten so out of control.
“Yyyyess. I swear” As the words left his mouth he knew there was no going back now. He could feel the tears starting to burn his eyeballs. Like he didn't have enough to worry about. Now he had to fight off tears as well.
Looking out across the room Joe hoped to see just one friendly face, but there were none. Even his own mother couldn't hide her disappointment in him right now. His eyes came to rest on the prosecutor. He knew that she would begin the questioning. His young body was rigid as the tension began to mount higher than what it already was.
Sally sat there shuffling the papers in front of her. Just a little longer she thought. This was her favourite part of her job. The ball was totally in her court and right now she felt she had more power than most would ever get to experience in their life.
Out of the corner of her eye she could see the young boy trying not to squirm in his seat. She momentarily felt bad. She knew it wasn't entirely Joe's fault. Still kids got away with too much these days. They had to learn. Well this is what most of the community thought anyway.
Standing up she walked towards the stand with her best fake smile plastered across her face. She knew it wouldn't be long till the boy was a whimpering mess begging for forgiveness.
“In you own words Jo, tell the court what happened on the day in question”
“Well...”Jo began. This was the moment he had been dreading.
He could recall every little detail about that day. From what the other boys were wearing to how many trees, pot holes and shrubs there were in Old Man Snowy's front yard. He had relived that day almost every hour since it happened.
Why oh why had they gone there? Of all the places they could have chosen, why there? They knew he was a child hating tyrant. They knew that he would come out and try to chase them off.
Sure his front garden had the best racing ground but still...they should have known better.
He wanted to say it was Sam's idea. The look of terror on Sam's face made him change his mind. Joe had managed to keep his little brother out of it this long he couldn't drop him in it now. Plus if anyone was going to get sent away Joe thought it should be him. After all he was the oldest and at the end of the day he was the one who had been driving the remote controlled car when it swiped into the old man and knocked him over.
“We never meant for anyone to get hurt” was all Joe could get out before the tears started to roll down his hot red cheeks. “We just wanted to see how the car would race round the trees” he sobbed. “He wasn't supposed to come outside, and when he tried to pick the car up...well I thought it would be funny for it to chase him. I never meant for him to fall”
Sally stared at the youngster. She knew he was nine years old but right now he didn't look a day over five as he sat there accused of murder. Suddenly she didn't love her job as much as she normally did. It was one thing to send a guilty adult off to be incarcerated but an innocent child who still had his whole life before him was another thing altogether.
It suddenly became ridiculous for the case to even be in court. She could remember Old Man Snowy from when she was a child. He was an iconic part of the town. That didn't mean that poor young Joe should suffer for something he didn't do.
As an older sister Sally was fairly certain that Joe was protecting Sam. Though not even Sam deserved to be punished, well at least not this severely. They made a poor choice in going there but they never set out to kill. If the front garden were in better condition and not full of pot holes and if the silly old man wore his glasses then he may never have even tripped.
Returning to her chair, Sally tried to think of how she could turn things about.
“No further questions” she said to the court as she took her seat. It was a cowards way out but at least it was a way out.

Email ThisBlogThis!Share to TwitterShare to FacebookShare to Pinterest
Labels: fiction