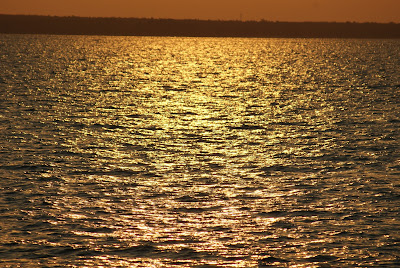 I actually began writing this post on Wednesday evening.  I had planned on being super organised and have both a Thankful and Knowing post all scheduled to go well before their respective days.  Since it is now Friday morning and I have neither post actually written I guess I have failed somewhere along the line.

So in a bid to be ingeniously cheeky I am going to see if I can be knowledgeable and thoughtful all in the one post.  Here's what I came up with on Wednesday.

For the first time since I joined in with Kate for her wonderful Thankful Thursday's I am at a bit of a loss as to what I am thankful for.  It's not that I am not thankful it is just that I worry my fabulous readers might get sick of me being thankful for all the same stuff (kids and life in general) all the time.

Last week I felt really good about my post.  It was something that I really am thankful for and something I do actually think about fairly frequently.  Why I don't know, but for as long as I can remember I have wondered what it would be like to be blind.  I also feel similarly about sounds and hearing.  Though (and I say this without any disrespect) if I had to choose between sight and sound I think that I would choose the former.  I know that the sound of a child's laughter warms my heart no end but as does the sight.  As a mother I have also come to realise that there are some things that just need to be seen.

I know that I am thankful that I have changed my commenting system.  Last week there was a comment I wished I could individually have replied to.  This week if I so wish to do the same I can.  So I guess I will give thanks for that.  I am not overly impressed though as I had hope it could provide a link back to the commenters blog if they so wished and so far it doesn't appear to.  I do think however that could just be a result of settings I need to locate and change.  I know that when I work it out I will be thankful.

At one point in the week when I was thinking about this post I had thought that I could be thankful for our health.  There is a slight touch of irony there given we have all been a little under the weather of late however this is absolutely nothing compared to what some people are faced with.  So yes I am thankful not just for my health but also that of the kidlets and hubs.

I know that I am not overly thankful for the recent fb changes.  For most of yesterday I silently read everyone complaining about it.  I was thankful  then that I knew not what they spoke of.  Today however I know what they spoke of and I now give thanks that I am a rather adaptable kinda gal and while change is not necessarily something I love I can still go with the flow.

(And back to today)

I am still not exactly happy with the post as it really doesn't feel like it is in the true spirit of being thankful but apparently it is all I have at the moment. I had hoped that throughout yesterday I would have been able to come out with more but alas that was not the case.  All I could come up with were things like

I am thankful my neighbour came over (and wasted 2 hours of my housework time)  For like the first time ever I really wanted to get all the housework out the way and the visitor stopped this from happening.

I know I should have been thankful for the girls finding fun stuff to do after school that didn't require me picking them up till later than normal.  Only they didn't tell me they didn't need pick up until I got there.

I  know I wasn't thankful at the time that no one came home to eat the beautiful apple and strawberry pie I made for them however at about 8.30pm last night I was at it made a perfect supper for hubs and I.

So there you have it.  It appears as if this week I know very little as well as having little to be thankful for.  What about you? To find out what others know head over to Shae's Yay For Home and to see all the other thankful people go to Kate Says Stuff