Where nobody knows your name 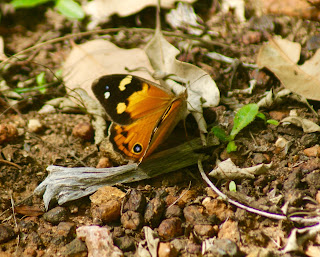 Back home, before we started #ouradventureofalifetime, I had not lived anywhere else. For thirty six years I lived in the one city. Which meant I knew a lot of people.

In my much younger years I worked in one of the most well known shops in town and partied like there was no tomorrow. Which meant a lot of people knew who I was as well.

Which was kinda cool. It left me feeling a bit like a rock star. People were forever saying hi or giving me a smile as they walked by. It felt good.

Even after I had left that job, stopped partying and started to grow up and become a mum, I still felt like I knew lots of people. There would be no ducking down to the shops without making sure my clothes were at least somewhat respectable because what if I saw someone I knew?

Not that I was full face of make up kind of person or even anything remotely like that, but the full of holes house clothes were exactly that, for the house. Certainly not for wearing to the shops regardless of how quick I thought I was going to be.

Nearly fifty percent of all shopping trips took longer than they should of because I would inevitably bump into someone I knew and got chatting with. Now the check out operators look at me strangely as I try to make conversation with them as they pack my groceries. If I don't my whole day could pass without adult conversation.

It's a funny thing moving to a new place where you know no one. Or at least next to no one. I can count on one hand the people that I know where we now live. Which obviously makes the chances of me running into anyone at the shops somewhere between none and buckleys.

Which in some ways is not a bad thing.

Yesterday I procrastinated on going to the shops despite desperately needing some milk. I just couldn't face getting out of my house clothes. And thats when it dawned on my that it really didn't matter if I went to the shops in my daggier than daggy house clothes and double pluggers because I am just another face in the crowd that nobody knows.

Mind you as I was wandering around the shops gathering my milk and things (because it is impossible to go to the shops and only get what you went for) I walked past a lady who was also clearly wearing her house clothes. Only she had taken it one step further than I and was wearing socks with her thongs. And was clearly not phased in the least by what anyone might have thought.

Her partner sheepishly pushing the trolley a little behind her perhaps not so much but again that seemed of little concern to sock and thong wearing lady.

Because at the end of the day what others think, whether they know you or not, is not what matters or counts. As longs as we are comfortable in what we wear or what we do or what we say that is all that matters.

Joining in with Alicia for Open Slather

Email ThisBlogThis!Share to TwitterShare to FacebookShare to Pinterest
Labels: 2015, being me, finding me