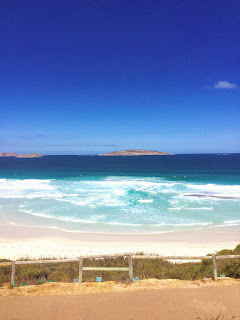 As I walked back to my car this morning after the morning drop I passed another mother. She was calling out goodbye to her eldest daughter while juggling a little baby and waiting for the middle child to finish eating what looked like a piece of toast. Though it could also have been a pikelet from the school canteen.

They were late and the mother looked rushed and frazzled. I gave her a smile and said hi as I walked past. Partly because I recognised her daughter from Teapot's class and partly because I knew only too well mornings like I imagined she had just been through.

You know the ones, the kids won't get out of bed and when they sit down to eat their breakfast it turns out the milk container is empty, not that it matter because the kids probably had no intention of actually eating breakfast anyway. From there you move on to getting dressed and they can't find their shoes, or their socks, or a clean pair of knickers or anything that they need. The lunch boxes didn't get unpacked from the day before and when you go to make the sandwich you discover that the bread is in fact mouldy and quite possibly the ham has a slight green tinge to it.

And if none of that is enough you are trying to operate on less than two hours sleep because the baby is teething and woke every half hour to tell you about it. Oh and it is cold, so cold you couldn't blame the kids for not wanting to get out of bed and beginning what seems like another awful day.

As I passed her though and in one quick glance assumed what her morning had been like based on my on previous experiences, it dawned on me just how different things are for me now.

It turns out all those well meaning "it will get better" comments that are thrown at mothers with young children do possibly hold some truth. I momentarily contemplated offering such words to this mum, but then I remembered how much I wanted to stab eyeballs with a fork when they were kindly directed towards me so I refrained.

You see when you in the throws of barely staying afloat and each moment of each day is a struggle just to get through, the last thing you want or need is some well meaning words from a woman who on the surface appears to have everything all under control.

Which when I stopped to think about it for a moment I would quite appear to be such a person.

For the first time in my fourteen years of mothering I am regularly sleeping all night without being woken up by a child. It is the most amazing feeling ever! Especially since rather than sit up blogging all night I am going to bed at a respectable time.

School starts so much later here that we actually manage to get to school on time rather than our regular ten minutes late prior to #ouradventureofalifetime. Again a rather awesome feeling. As is getting lunches made because suddenly the mornings feel to have so much more time and I am more rested than ever before.

It is all a weird feeling, this being on top of things. Even if it is only on the surface.

For as much as I might not be late to school or wake up feeling rested or have  baked yet more yoghurt dough products (which weren't as good as my last batch I might add) we can't actually eat at the dining room table because it is covered in clothes patiently waiting to be folded.

What's worse is that as I just went to snap that photo I discovered that the bird has totally destroyed the end of the box of tissues that I was supposed to take to school a fortnight ago. And to top it all off because I stopped to chat to a friend that popped over and write this post dinner preparation has not been done and there are a million things that need to be done after school pickup that will prevent me from doing it then.


On the upside though it is Tuesday and I have blogged.

Joining Jess and the IBOT gang

Email ThisBlogThis!Share to TwitterShare to FacebookShare to Pinterest
Labels: 2015, a new life, Changes, IBOT, Inside me, linking up