Today we leave the Bungles and head to Halls Creek. We had planned at stopping at Spring Creek again only when we got there there wasn’t really any room so we soldiered on to another spot only to decide that we may as keep going till reached Halls Creek. This second spot was dry and dusty and already filled with more people than what there was shade.

The plan had been to go to Old Halls Creek however when we got there it was so old looking it kinda felt like a ghost town. Decrepit and desolate don’t even begin to describe it. Mind you the caravan park in Halls Creek proper was also a bit on the dry, dusty and run down side. But at least it had running water, showers toilets and washing machines. Which in itself was something of a luxury after the simplicity of the Bungles.

Mind you the most disappointing part about Halls Creek was that they didn’t sell take away grog. At all anywhere. At least not that we could see. Thankfully our supplies weren’t completely gone though so at this stage it wasn’t a huge issue. We were only hoping to top up in case of an emergency if you will.

The highlight though was having internet connection and being able to update the blog! 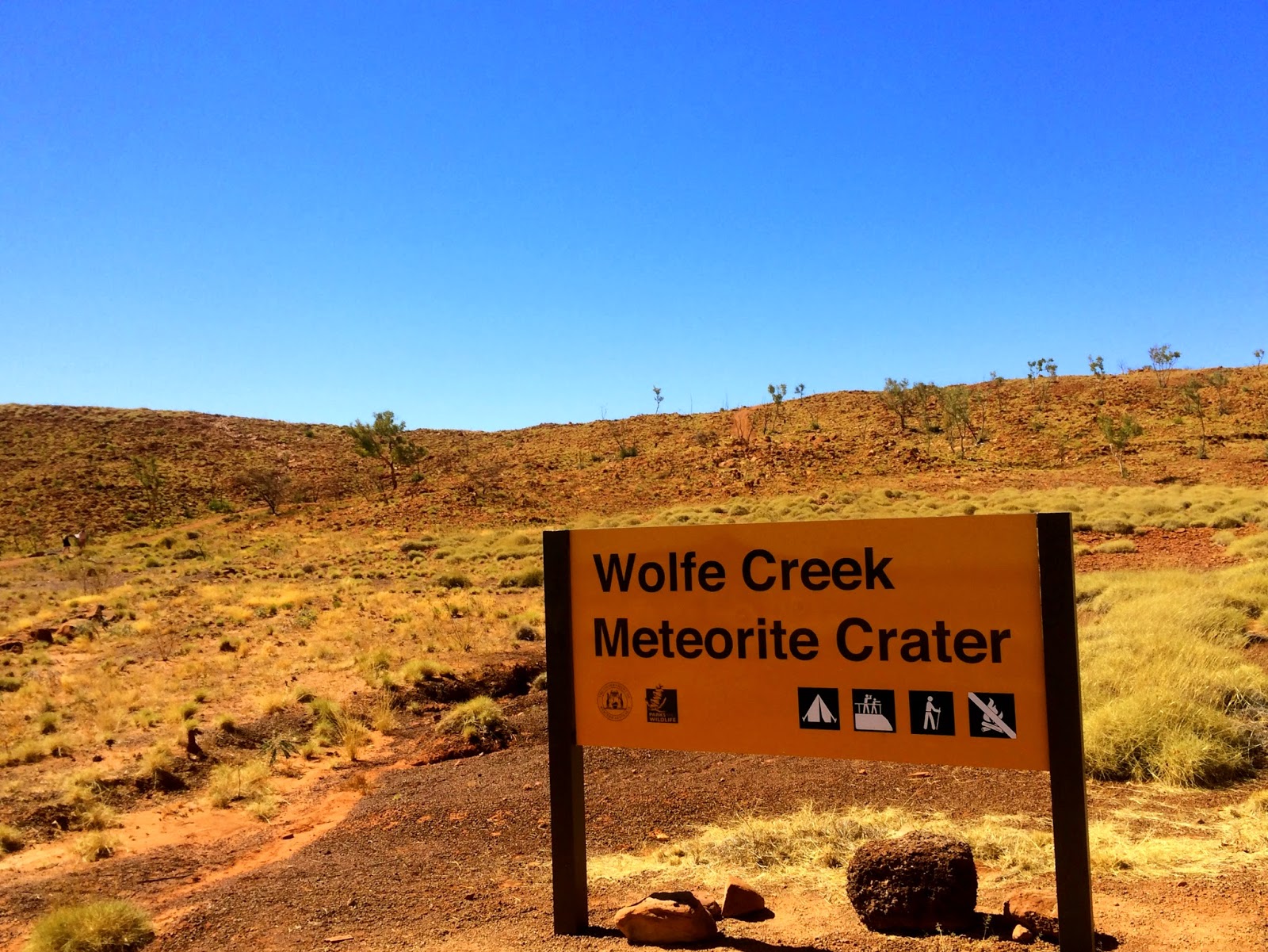 While it was possible to camp at Wolfe Creek it was not something that I was really interested in doing. And no the movie had nothing to do with that.


The road leading to the Wolfe Creek Crater was 120 old kilometres of rough dirt that I didn’t really feel like taking poor old Edna on. She had already done extremely well on the in and out of Purnululu plus there are still a few places on the Gibb River Road that we hope to get to so we don’t really want to push our luck too far with her.


Alright maybe the movie also had a tiny bit to do with my reluctance.


Part of the road out there were not nearly as bad as what we were expecting it to be. Other parts of the road were far worse than what we thought it might have been like which made us rather glad we weren't towing Edna.


The real highlight of the road though were the wedge tail  eagles that we saw. 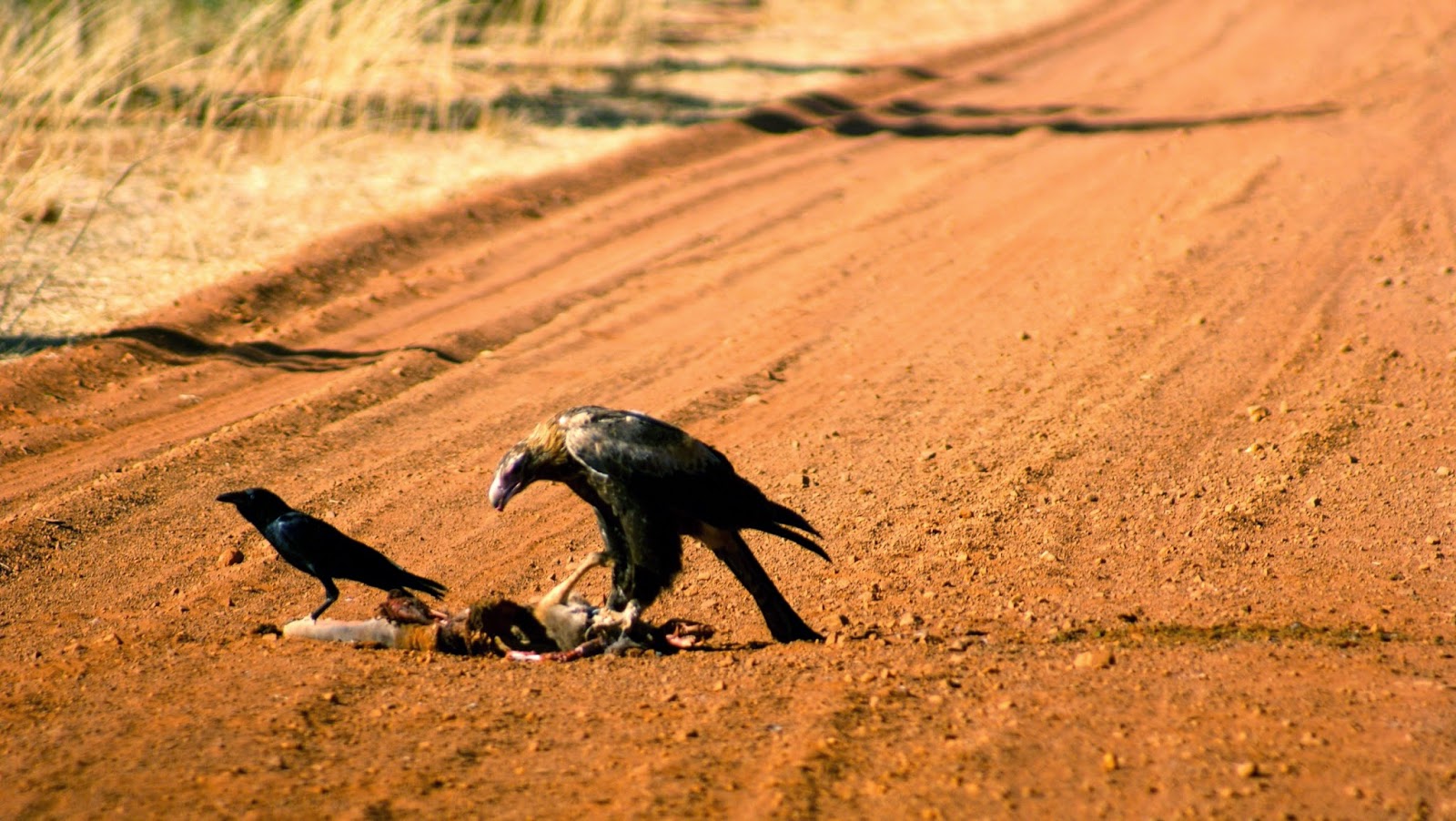 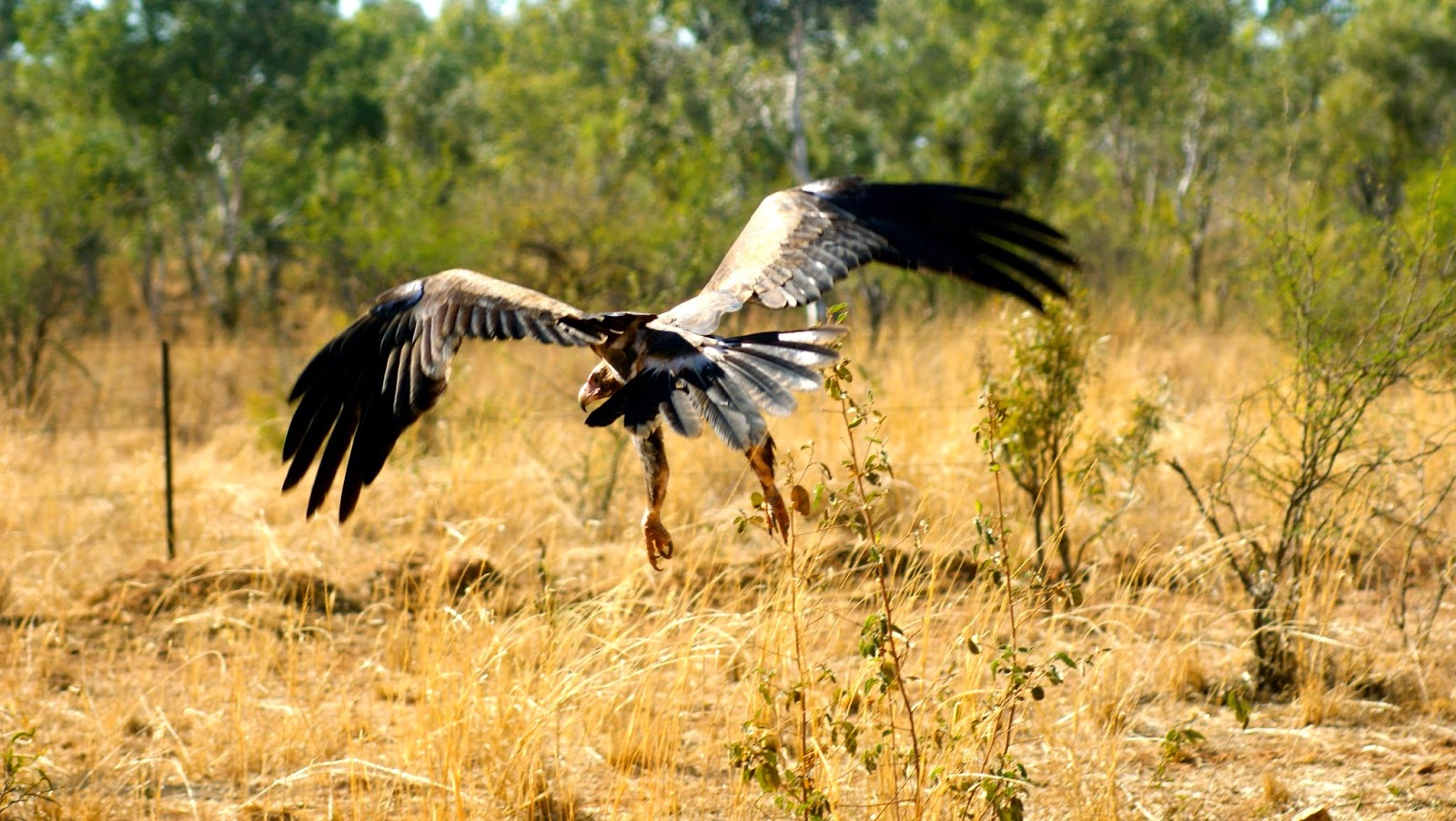 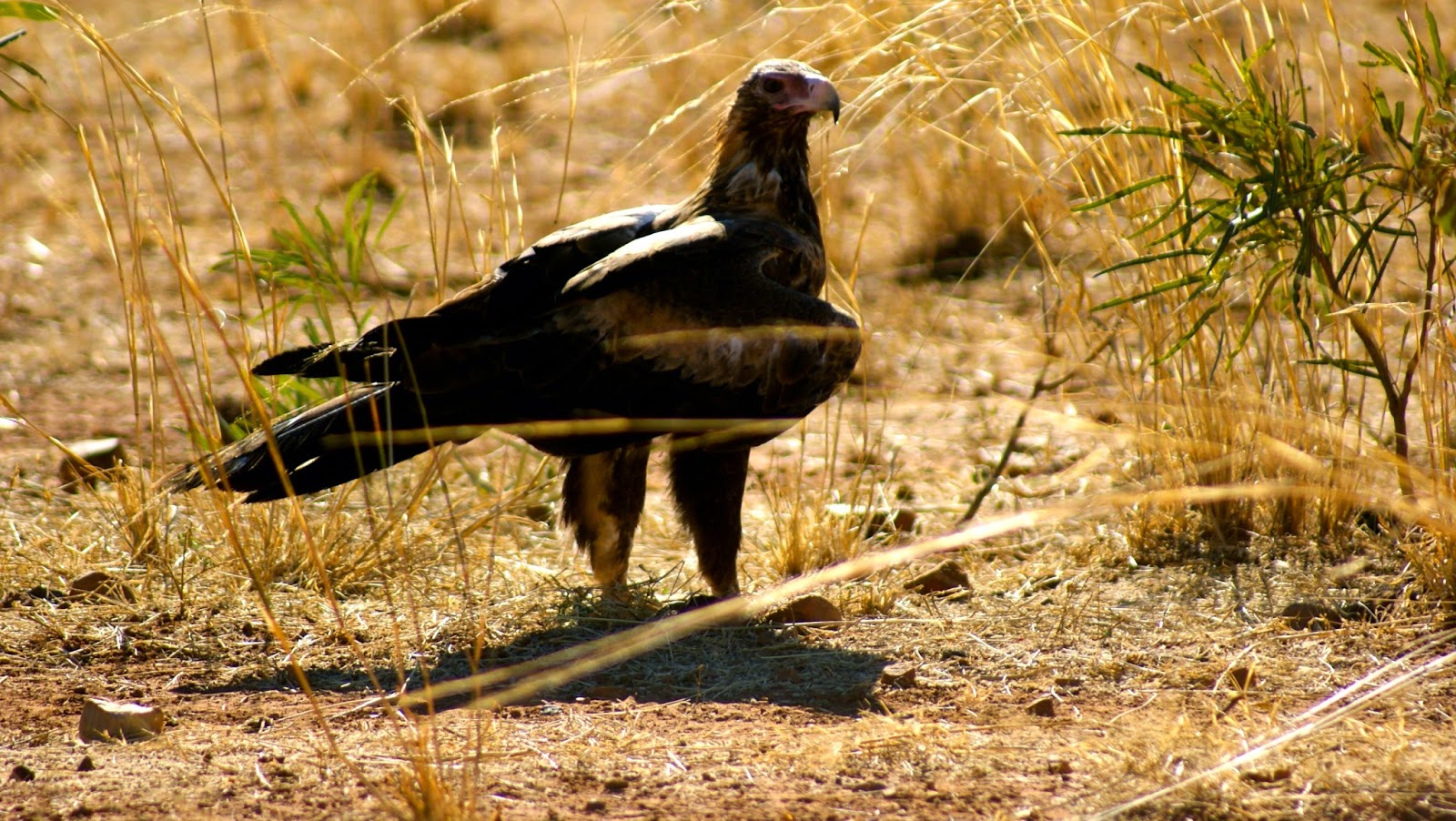 They really are a magnificent bird and seeing them by the side of the road was a pretty exciting moment.

Wolfe Creek itself was not really as exciting as what I had hoped it would be. Though I am not really sure exactly what I was expecting.


The crater is approximately  875 meters in diameter and measures about 880 meters across. From the edge of the crater’s rim to the crater floor is currently 60 meters down. It is believed to have originally been as deep as 120 meters though. Which essentially makes it one big hole in the ground. It is estimated that the the meteorite that formed the crater had a mass of 50,000 tonnes. It is believed that the age of the crater is less than 300,000 years though it was not spotted until 1947.

Standing on the edge of the rim looking into the crater I couldn’t help but notice the resemblance to a crop circle of sorts. Inside the crater was a circle of trees that looked little like any of the tress that were on the outside. At least in the distance to my inexperienced tree eyes. 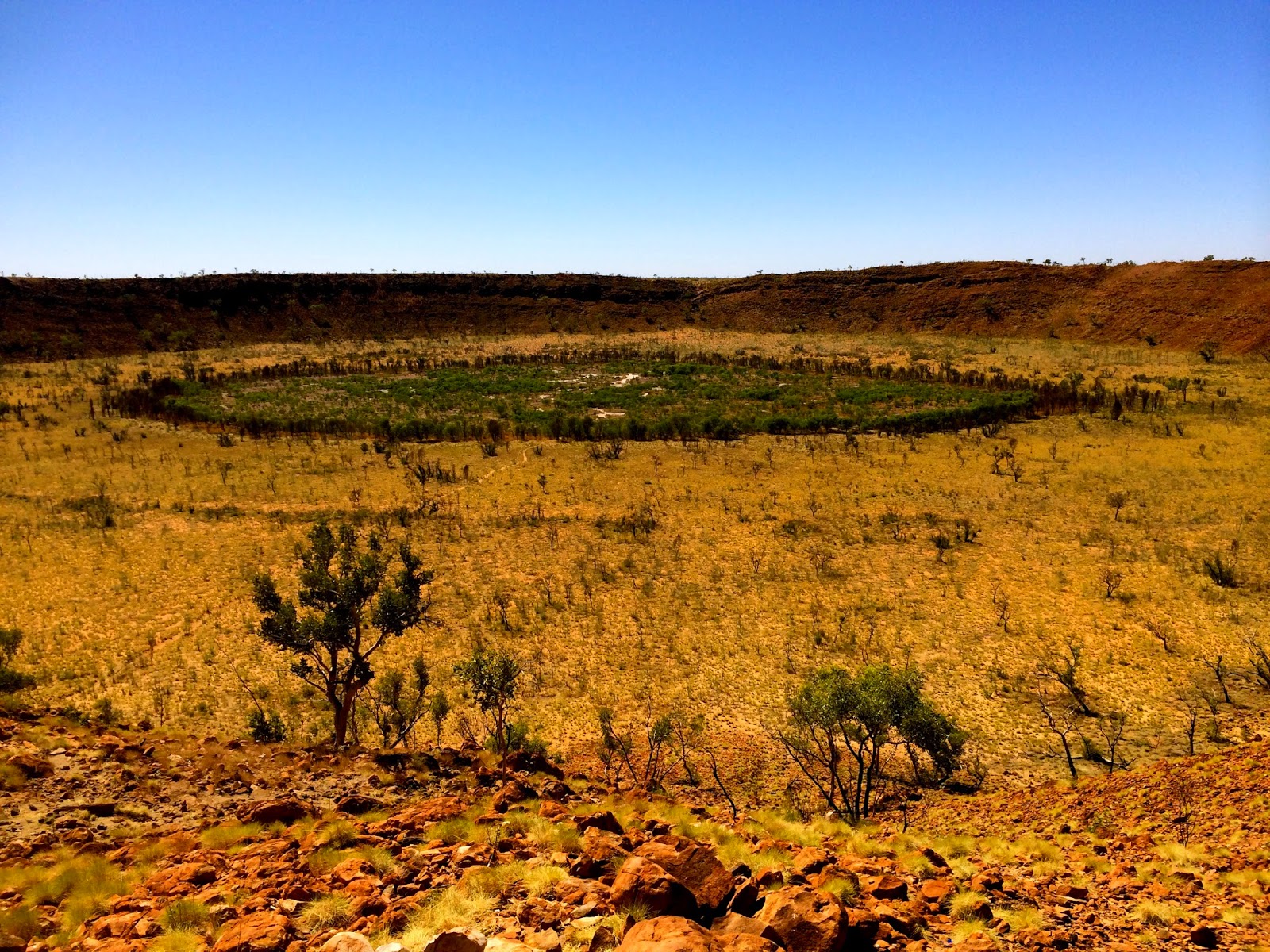 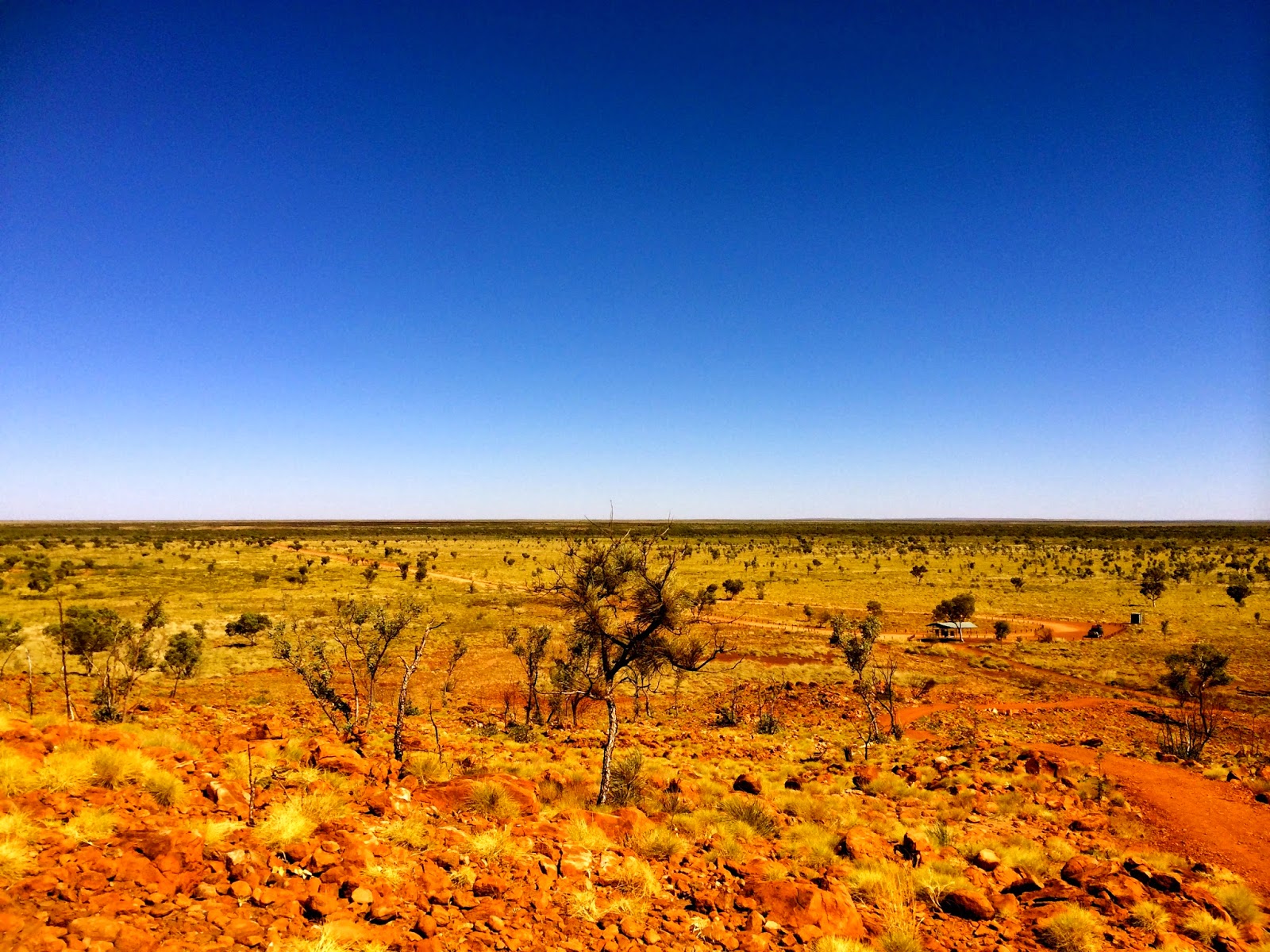 After we had stood on the top for a while, holding tightly to Teapot I might add because it was so ferociously windy we feared she might have been blown away, we walked back down to the car and organised some lunch. Chatting intermittently with others who had dropped in to check out the crater. 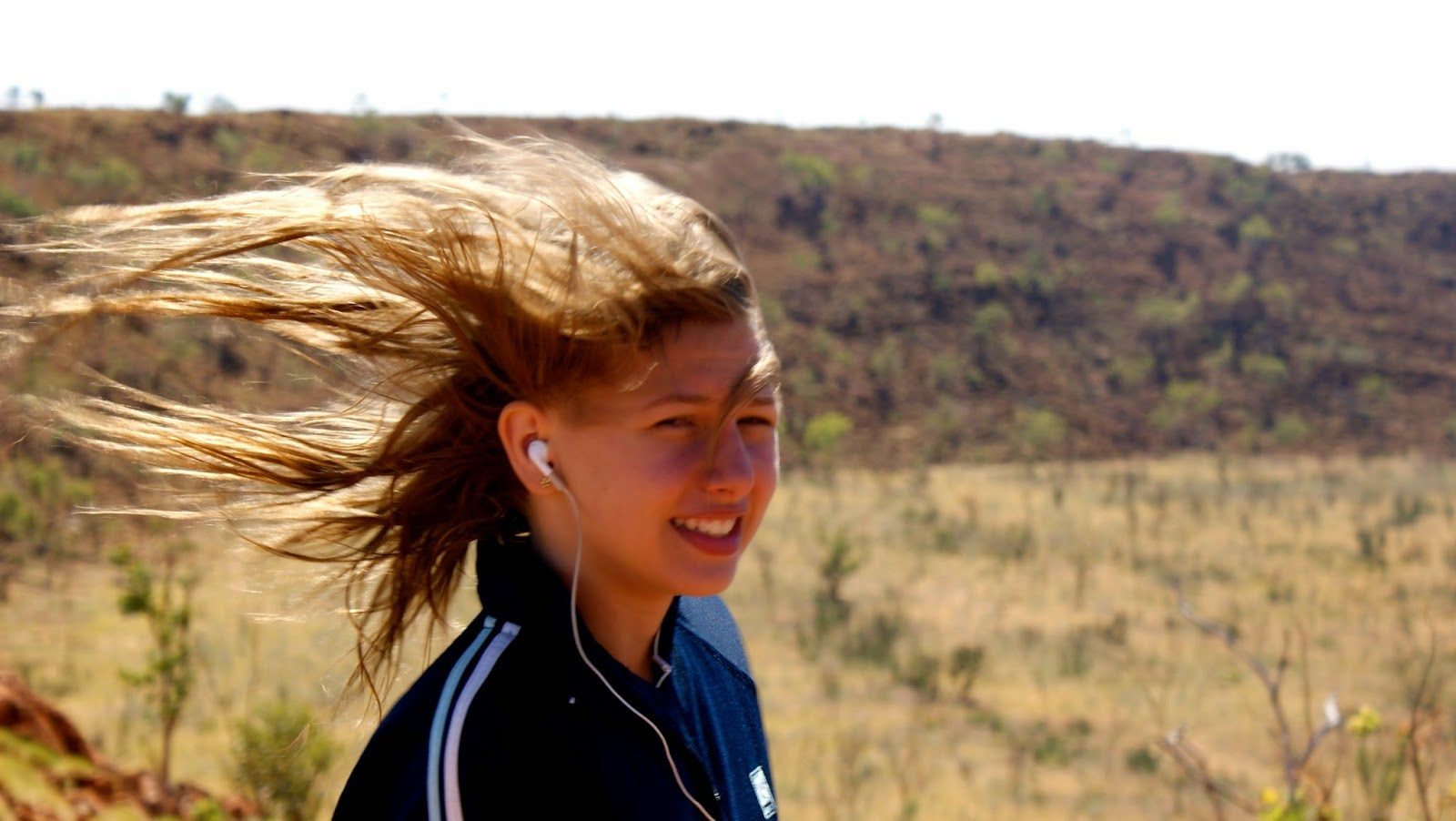 We made it back to the caravan park with plenty of time to get some food shopping sorted and ready Edna for our moving day the next day. Another must see successfully ticked off our list.