With great reluctance we leave the beauty of Mary Ponds and head on towards Fitzroy Crossing.  We will set up camp for a few days here and do a few day trips back on to the Gibb River Road and check out Tunnel Creek and Windjana Gorge.

The options of places to stay are rather limited so we decided to check out the Fitzroy Crossing Lodge (as opposed to the Fitzroy Crossing Inn). Though in all honesty the real deciding factor between the two was that we happened to come across the Lodge first. Which actually made Mr Awesome a bit happy because he had read good things about it on Wiki Camps which is essentially a bit of a bible app for us of.

Turns out all that Wiki Camps had said was true and it was quite a lovely set up. Particularly since when we arrived there were lots of empty spaces so it appeared to be quite spacious.

We were given the luxury of selecting our own site and after much deliberation went with one that was well away from everyone else and under the shade of a tree. 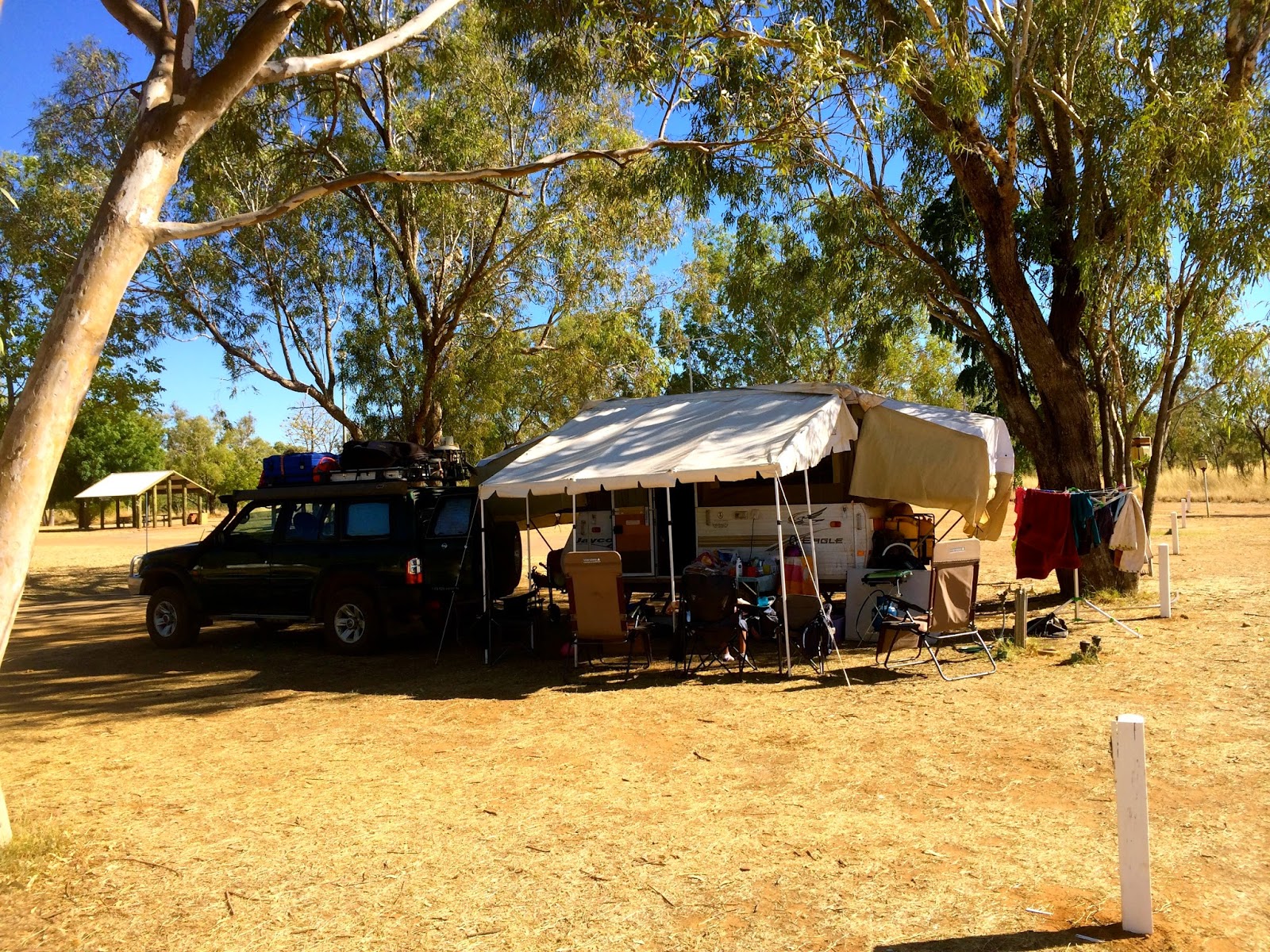 Unfortunately as it turns out we actually managed to place ourselves in the middle of two sites. Something we were not told about until we were set up and unable to move. Mind you it did not stop a van being slotted in right next to us a little later on.

Shortly after we arrived a road train carrying aviation fuel had an accident just passed Fitzroy Crossing. While no one was injured the road was closed and suddenly the empty caravan park began to fill up. As fuel was all over the road there was the possibility of it being shut for up to twenty four hours.

After a quick trip into town for some fresh milk and ice for our drinking water we quickly discovered that much like Halls Creek there was no take away alcohol available for sale. A fact that only really made us sad because it was a Friday night and there was football we wanted to watch.

Thankfully there was a pub attached to the Lodge so we went up and watched the game there. As a special treat (mainly for me) we also had dinner there. I can not begin to explain how excited I was not to be cooking for the night.

The other notable mention for Fitzroy Crossing was seeing two old school Fords pull up towing caravans! I am not normally much of a Ford girl but there was something rather impressive about touring around the country in these old girls. 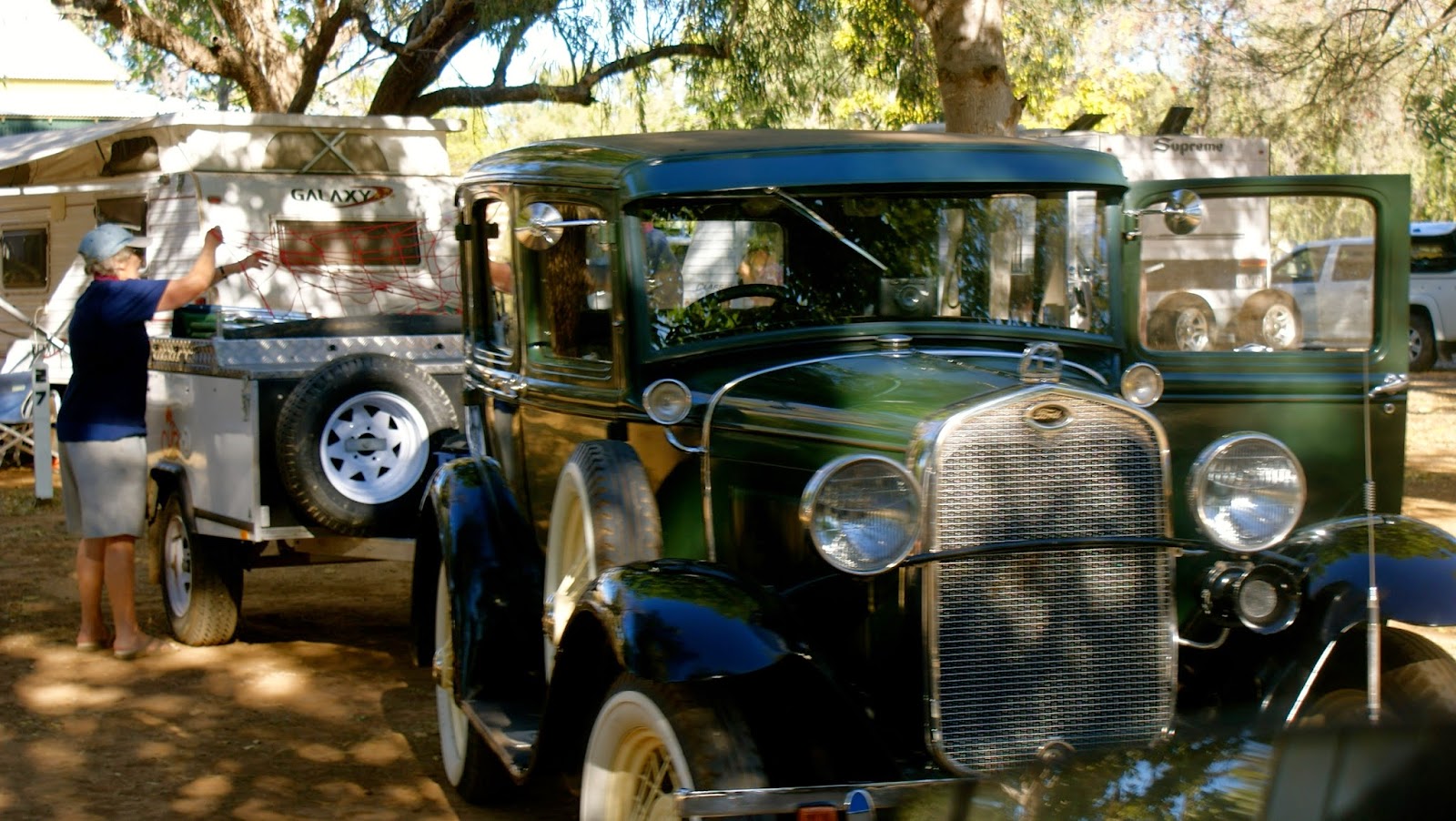 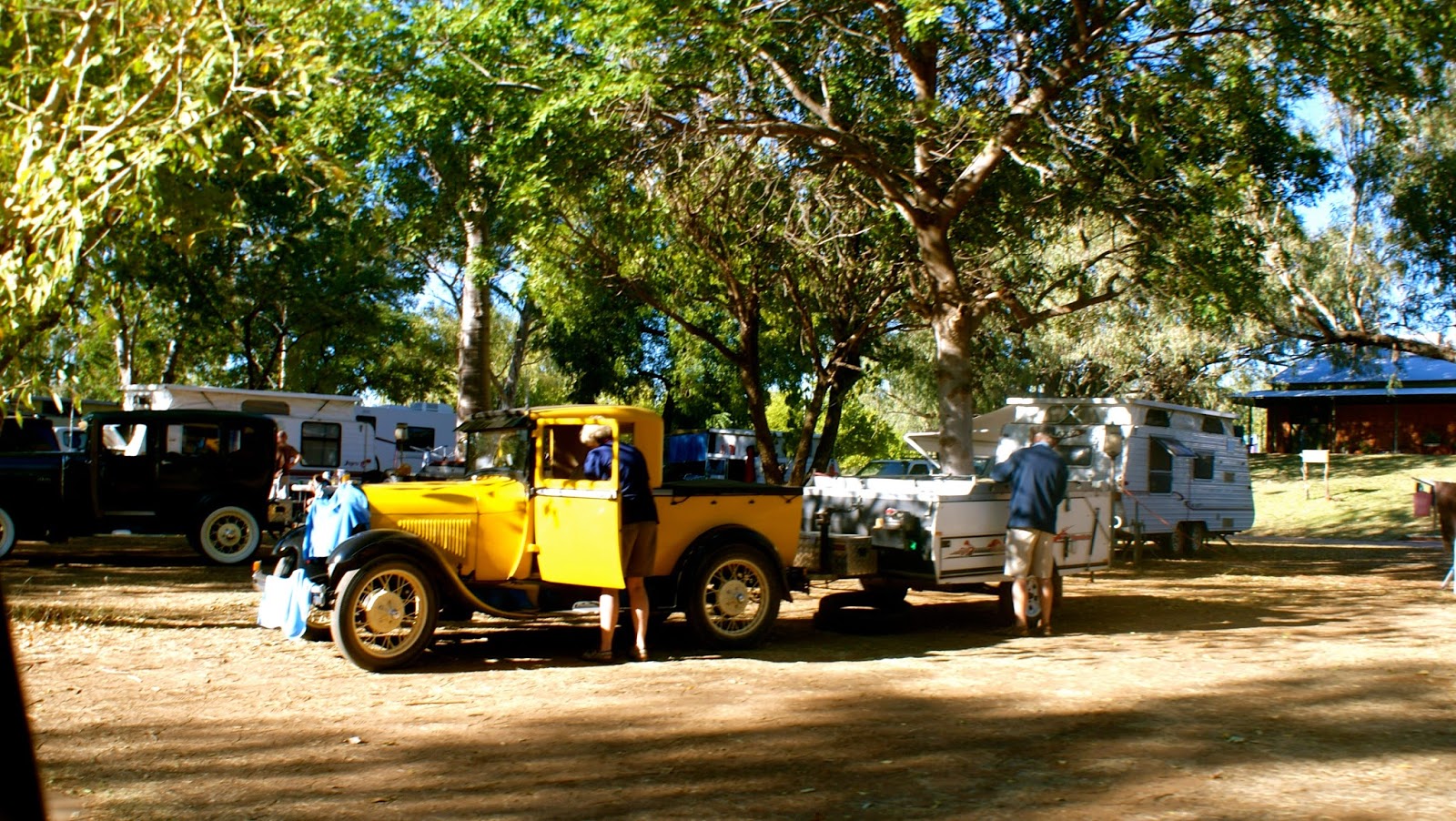