Snapshots of Us Weeks 5-9

It always amazes me how quickly time flies. The whole idea of Snapshots of Us was so that I could keep track of time a little more and record how it had passed. Instead all it has done is rudely remind me that the weeks can easily slip away before my very eyes if I am not careful.

Oh and how terrible I am at taking regular photos of us all.

So here are the few photos that I did manage to snap of the last month. 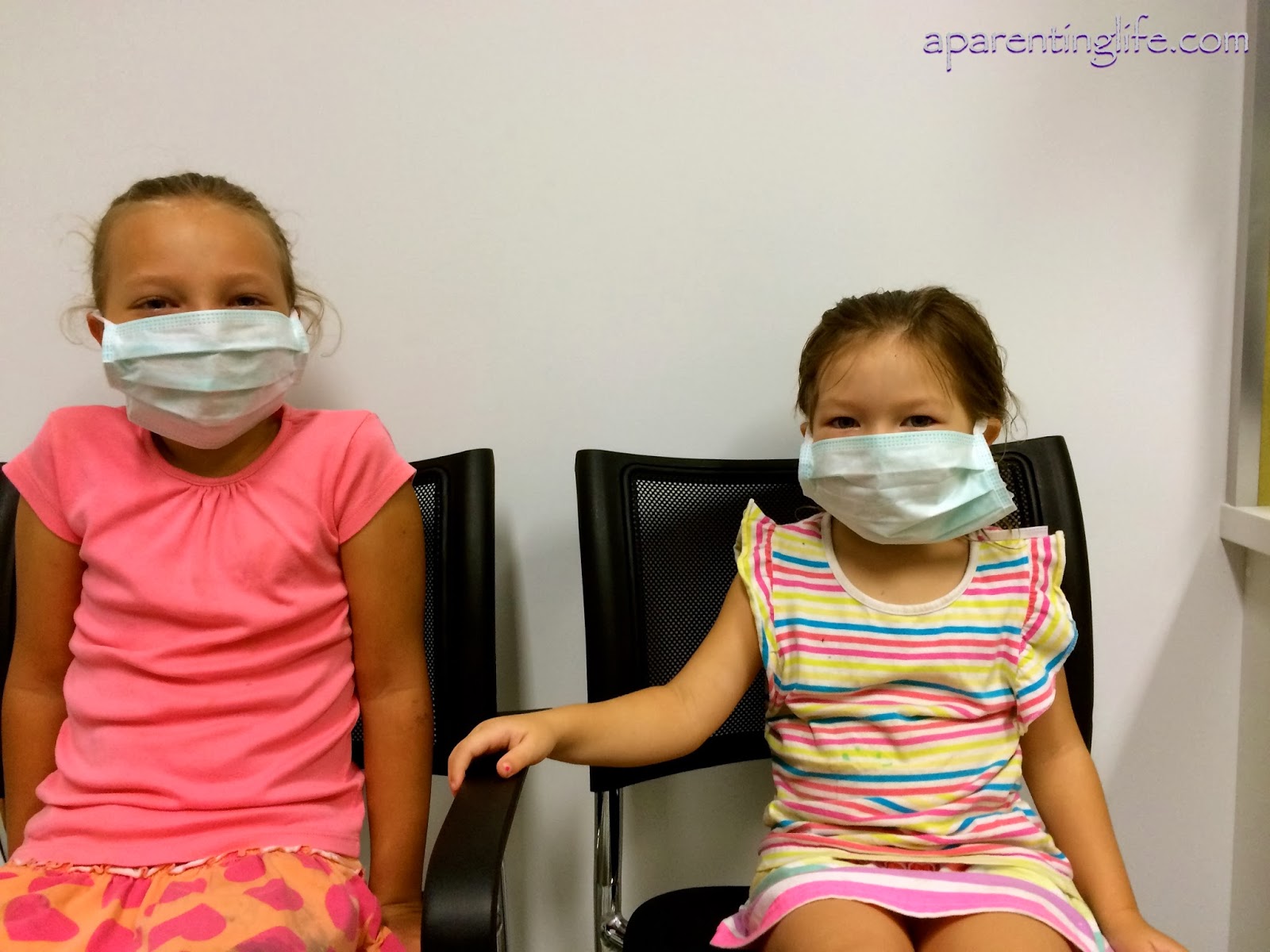 Zany and Teapot had a measles scare. Thankfully it was all totally unfounded and nothing to worry about. However not so thankfully it just so happened to take place on my first day of work. Thankfully though Mr Awesome has plenty of sick leave up his sleeve and was able to take on the caring duties. 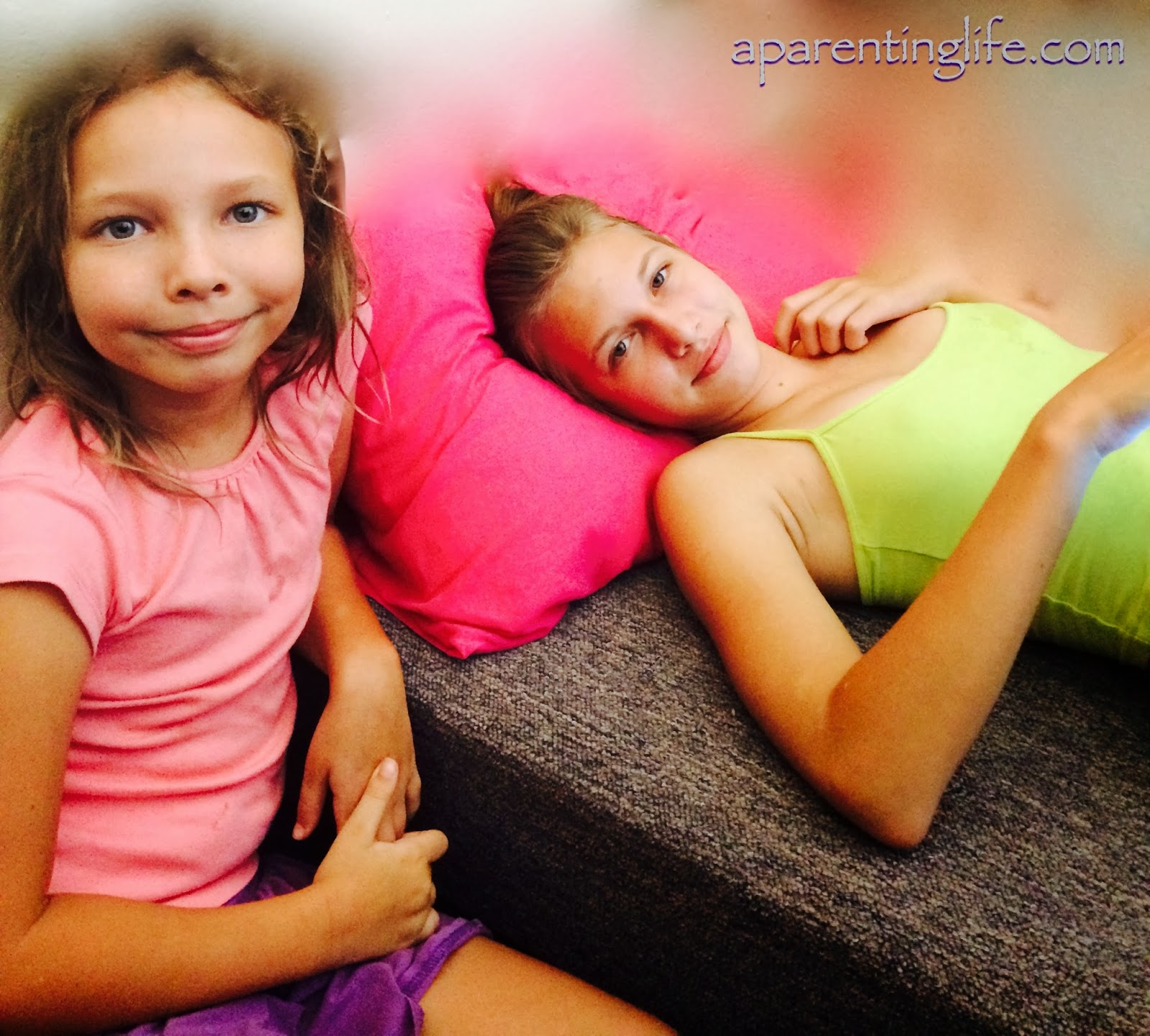 There are five years between Lovely and Zany and then four between Zany and Teapot. While they all get along (most of the time) the three of them actually playing together is a rare occurrence. On this particular day they weren't necessarily playing together so much as watching Lovely create stuff on Minecraft. There was lots of laughter and giggling that I just couldn't help but take a snap.

Sadly though Miss Teapot was only in her knickers, which for tropical born children is not exactly a rare thing but not really something I am comfortable sharing on here. As such I have blurred her out in this copy. 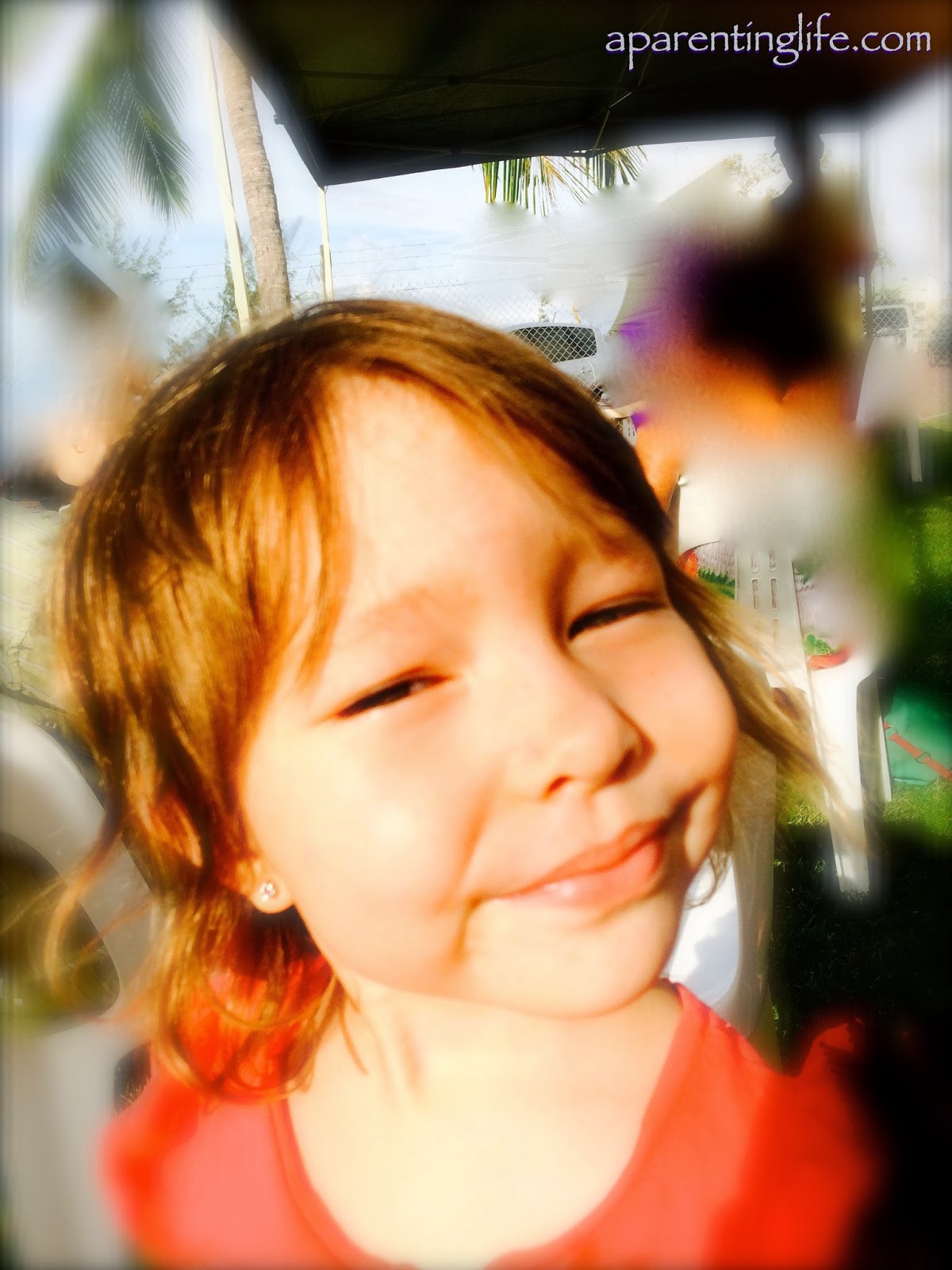 A dear friend launched his second book and it went without saying that we were in attendance at the launch. As it were a Sunday (they day I had earmarked for sharing Snapshots of Us) I made a point of taking some photos. I think that poor Teapot was facing the sun in this one, hence the funny look. 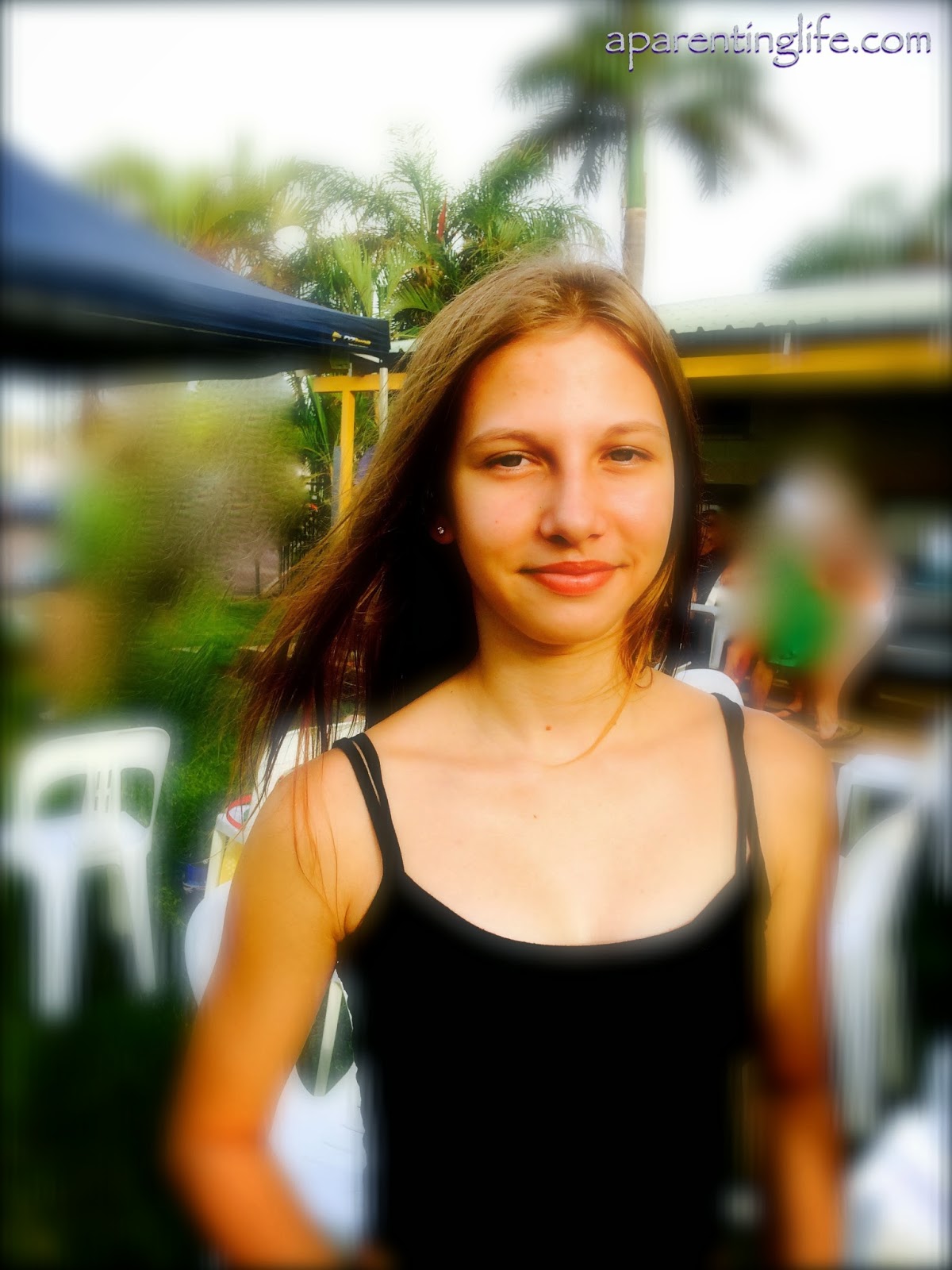 Miss Lovely the wanna be model however just about always has her pose ready when there is a camera about. Unlike her sisters. (Which is why there is not a shot of Zany, her eyes were closed in every shot I took) 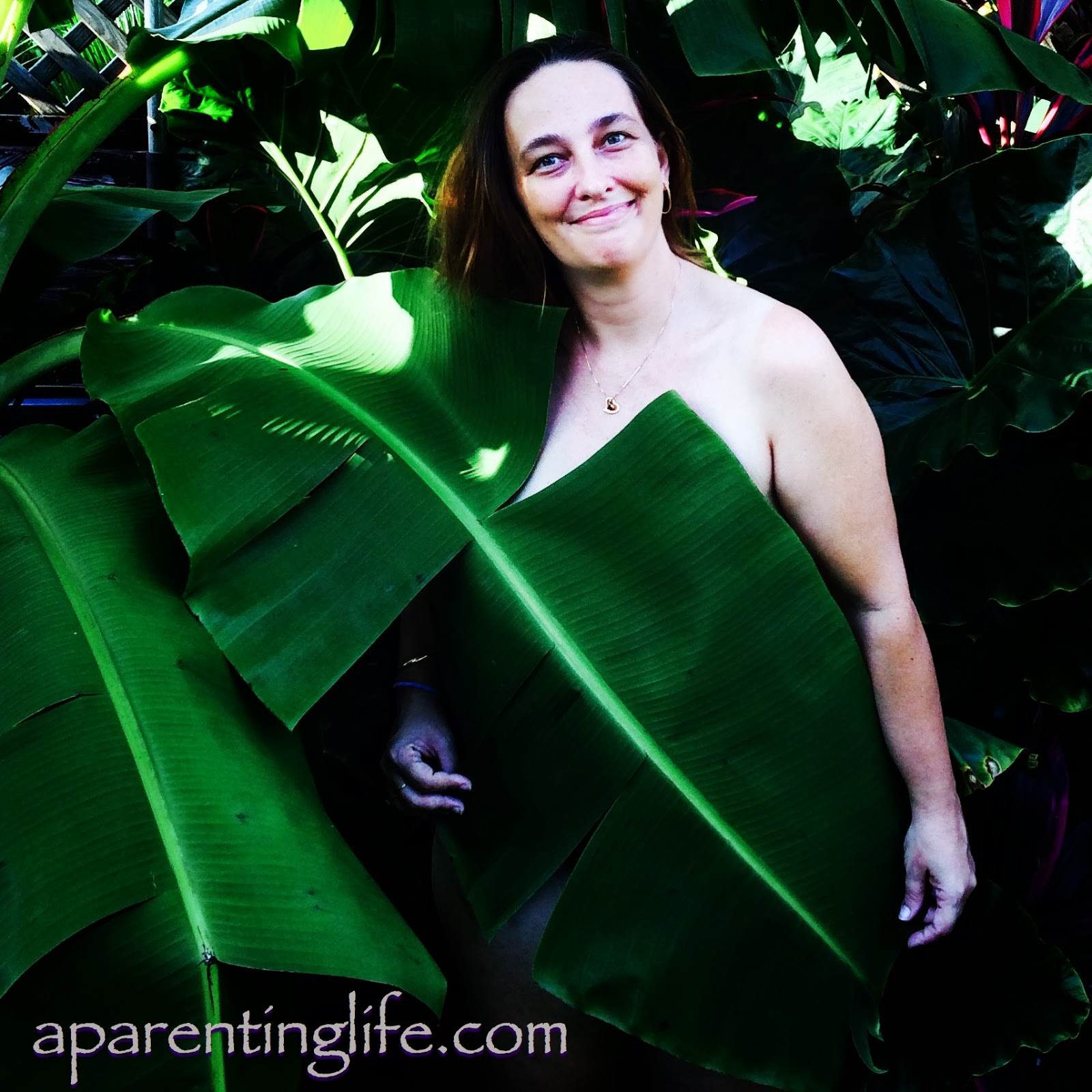 I know you are probably sick of this photo by now but it was taken for such a good cause I can't help but share it again. I really wanted to do something with fairies or butterflies but so far the right idea has eluded me. My thinking cap is still on though so stay tuned.

So what else was there?

The working thing is going well. I am surprisingly enjoy all the human contact, though it does take a lot out of me. The main thing to suffer has been the housework (naturally). Though  blogging has been put on the back burner as well (sadly). I have really only been able to get out a post for IBOT and of course Thankful Thursday Not being able to comment on my on blog from my Mac is frustrating me no end as well. On the upside though commenting from my phone has suddenly become a lot easier. Go figure.

Uni starts this week, thank goodness for the joys of online learning because I do not know how I would possibly be able to fit in going to actual classes. I already feel a bit behind the eight ball because I am yet to have opened the course outline or read a few of the emails that have been sent my way.

After daily injections (for a month) of some blood thinner that you should really only be on for a week, I finally have an appointment with a specialist today. I also have one tomorrow because the public system was taking so long that looked for a private option. The private option gave me an appointment a week after I asked for one. I naturally then got word from the hospital they finally had an appointment for me as well.

And that my friends I think is it for now.

Email ThisBlogThis!Share to TwitterShare to FacebookShare to Pinterest
Labels: 2014, ramble, Snapshots of Us