The difference of a year 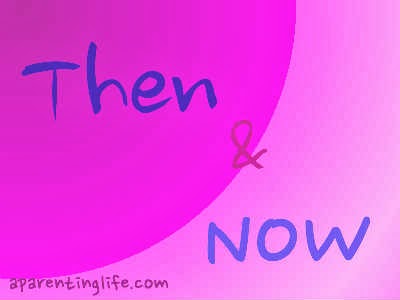 This time last year I had just come to the end of the first real extended "me time" in nearly twelve whole years. I had selfishly abandoned my duties as a mother for an entire week. Leaving the children in the more than capable hands of their father. During my time away I had taken part in activities that were of benefit to no one other than myself.

I honestly couldn't even recall the last time I did such a thing. If in fact I ever had, well at least since becoming a mother.

So what was it that I was doing?

I had jumped on a plane and flown pretty much to the other end of the country to attend a conference. Specifically the Digital Parents Conference.

Looking back now I can't quite recall why I thought it was so important that I was there, but I did. And as such I pretty much moved heaven and earth to make it happen.

Perhaps it was because I expected it to be a life changing event?

One in which I saw my blog being discovered for all the wonders that I believed it to hold. Of course I am not saying it was not a life changing event, because even in the smallest of ways I think it was. It was not however the moment that launched me, or my blog into stardom.

Which to start with I must say I was a little disappointed about. Now however, not so much. Now with the passage of time and experience behind me I am slowly coming to terms with the fact that my blog reaching stardom is not the be all and end all I once thought it was.

The best thing about travelling so far and putting myself in a lot of rather uncomfortable situations, despite my stardom not being reached, was getting to met some rather love people. Particularly this one. As much as I love living in my tropical paradise there are not nearly enough wonderful people like her in it. Or maybe there are and I haven't found them, though I doubt it, because she really is a one of kind, kind of awesome chick.

While I would still love for my awesomeness to be discovered by the world at large, I realise that it probably won't. And in so many ways I am ok with that. Sure I am disappointed but I can accept it for what it is. I can also see how far I have come. Which, in case you were wondering is a bloody long way.

When I first started this whole blogging gig I never got any comments. Not one. Though I also didn't have any readers, so that quite possibly had something to do with it. It was all so incredibly disheartening. Being so certain I had words of wisdom to share with the world at large yet my voice remained unheard. Now at least I know that for the most part someone somewhere reads whatever I spew forth here. Which is incredibly nice.

However I also know that whether anyone reads or not I just need to write. Whether the words are full of wisdom or not, I need to free them from inside me.

The best way to do it, is my way. Always has been, I just possibly never realised it till now.

Email ThisBlogThis!Share to TwitterShare to FacebookShare to Pinterest
Labels: 2014, being grateful, desire, explanation, growing up, happiness, Inside me, selfish