Moving on, getting done and heading forward.

I have lost count of how many times I have come back to this post.  For some reason I just can't pick up the feel of my original post.  For some other reason I also can't seem to just delete and move on from it. 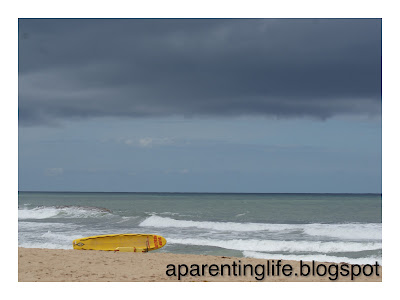 The past few days have been tough.  Growling, yelling and impatient kind of tough.  I hate it when I yell. It seems to come in bursts.  Perhaps it just builds up? I don't know.  (shaking head and hanging it in shame)  To me yelling is pointless.  Rarely does it achieve what is actually needed and everyone is always left feeling rather awful about it all.

What I don't get is that I can go weeks without the need to yell and screech like a banshee.  Then bang.  All of a sudden it feels like there are days where my ears are ringing from the sound of my own voice.  Not to mention how my poor throat feels about all of this.

(deep sigh)  Hold on be right back (again)

Righto, where was I?

That's right, the grumpy, yelling banshee that appears to have possessed my body.

I can't even locate a valid reason for my frustration and pent up anger.  In fact if anything I should be feeling quite the opposite.  There have been many little sparkling gems that lit up the week just gone.  Unexpected monetary gains, spur of the moment coffee and shopping, to name but a few.  On top of all of that my birthday is just around the corner...which is a post all of it's own so I will change direction now.

Blogwise it has been a tough week as well.  I managed an iBOT post with birthday girl Jess but that was about it.  Wordless Wednesday doesn't really count in terms of writing but I sure had fun putting them all together.

I have been thinking a lot lately about where I want APL to go.  The response to the end of the Making IT Matter meme gave me a lot of food for thought.  I still haven't reached a decision but I think I have come up with a few changes to implement over the coming weeks.  So stay tuned, get subscribed and stay up to date with all my exciting happenings.

In the meantime though this is how this post started

Bleh.
That is pretty much the best way to describe how I feel right now.  Not nice I know.  The worst part is I don't even really have a valid excuse for my dismal perspective on the world at large.  In fact if I actually take the time to stop and think about the manner in which the world the world at large treats me I come out fairing pretty well.  Pretty darn well actually.


Sure if I looked hard enough I could find something to complain about but really...life is treating me more than wonderfully.  In fact sometimes life treats me so wonderfully that I feel terrible even entertaining the thought of complaining about something.  I would hate to be seen as ungrateful or greedy because honestly, if this is as good as life gets then I am a happy woman.


I have a husband, who just happens to be the man of my dreams, who also helps me to be the best me I can be.  He knows my strengths and weaknesses and can play and protect them as needed often more than I can myself.  In fact he knows me so well he knows when to pretend he has no idea what is going on.


I have three wonderful children.  All special and unique in their own wonderful ways.  They can unite and fight, both together as a team and internally against one another.  Mostly they are incredibly awesome.  Occasionally they make me feel out of my depth.  Lately that feels like it is on the increase.


It's been three days or something since I actually started this post.  Sadly writing is back to being a struggle of late.

In local news an elderly couple were found dead in their lounge rooms the same night as I started this.  They could almost have been considered neighbours.  It happened in the complex next to ours.  It was a tragic loss of life.

Fairy wishes and butterfly kisses for the week ahead