Behind the Camera (aka Photos of Me)

It is with great pleasure, that for the first time, I am joining in with fellow #TeamIBOT member iSophie's  groovy new linky.

This is the second month it has been running for however last month I didn't quite have my act last month so I couldn't participate. This month however I am on fire with having my act together.

Kinda, sorta, at least I have something right?

Though I am wondering if this was really what Sophie had in mind? 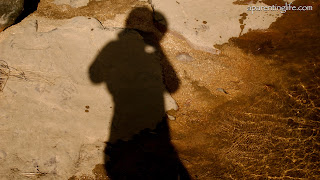 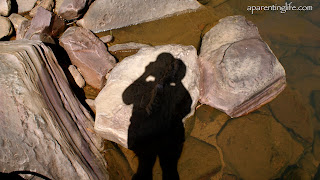 Probably not, but I am a bit fond of shadow photos. I am wondering if perhaps it could make for a good coffee table book? Shadows of Me. Or maybe Me and My Shadow. Obviously still all very much a work in progress but then what isn't?

Back to the post at hand though. Photos of me, rather than just of my shadow on some nice rocks.

Regular readers will recall that back in April I got the opportunity to catch up with Samuel Johnson as he swung by on his unicycle. In case you are not a regular reader and have not heard of him before his sister has been diagnosed with terminal breast cancer and this is his way of sending her off with a bang.

Not only that if all goes to plan Sam will also have raised a million bucks for cancer research and goodness knows how much awareness for the cause. If detected earlier Connie (Sam's sister) would more than likely have received a different diagnosis. Be breast aware and don't fall into a booby trap.


To donate or find out more information about Sam's adventure check out loveyoursister.org

Still on the Love Your Sister topic, I caught up with the One Mob Dancers who performed for Connie and Sam when they were in town.

I know that I have already post this photo (and the one above for that matter) but just quietly, for me it really was all a pretty big deal. After all it was *swoon* Samuel Johnson.

Not only that but actually asking these guys if I could have my photo taken with them took a whole heap of courage on my part. There is no doubt that I had my big girl pants on that day. Which by the way felt rather awesome and I was inspired to do all manner of things. Which I may or may not have actually done...

One thing I did do recently was run away to the bush for the weekend. It was just the escape from the drudges of reality that I needed. It turns out it was also the perfect opportunity for others to take a few snaps of my.

So there you have it, a whole bunch of photos of me stepping out from behind the camera. In many ways it feels really lovely to have a bunch of photos of me. Generally speaking I often struggle to appreciate my appearance in photos. Which is strange because looking in the mirror I love what I see much more often than not.

Email ThisBlogThis!Share to TwitterShare to FacebookShare to Pinterest
Labels: 2013, about me, Inside me, life, linking up, photography, photos