I Hate The World Today

I mean I have no real reason to, but I still can’t get the words out of my head. As I sit here sipping champagne and nibbling on caviar wrapped in smoked salmon it doesn’t seem right for the words I hate the world today, to be swirling around inside me, but they are. 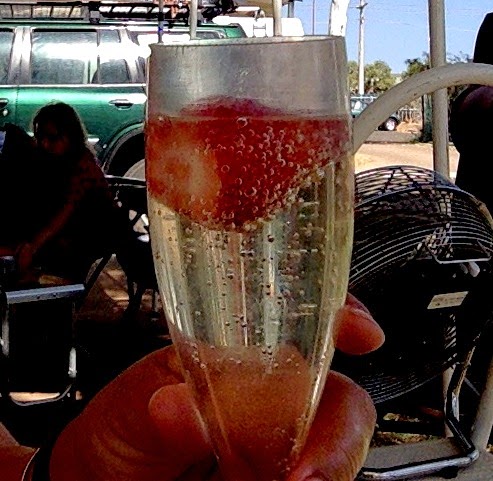 Traditionally Melbourne Cup Day is a day I spend at my mum’s making small bets and watching the horses race. We have champagne and all kinds of lovely foods. It has been that way since I was thirteen. Well maybe not the champagne part since then but the rest of it.

I can only recall one year in all that time we weren’t together.

It was way back last century. The year was 1999 but I like the idea of being able to use the term last century. It was an incredibly sucky year for me actually. I had been sent down to Alice Springs for work and knew not a soul. Actually I knew one couple but felt they currently hated my guts on account of being friends with the man who’s heart I had recently torn to shreds. That however is an entirely different story.

Anyway it was hot and I was lonely and life just felt incredibly crap. Not unlike today actually. Which is kinda weird just quietly. I can’t help but wonder if my mother has put some kind of curse on me. If I am not with her on Melbourne Cup Day I am destined to be to spend the day in a grouchy mood.

Mr Awesome even toyed with having the day off so I wouldn’t be alone today. Bless him. Given he only has fourteen more working days left though it just didn’t seem right. Besides the girls are constantly with me. I don’t even know what alone is anymore.

I was adamant that today would be a good day.

It was a chance to start the Melbourne Cup Day traditions with Lovely. Seeing she is thirteen and all.

We went to the shops bright and early this morning to get some treats for lunch. Frankfurts for the girls, smoked salmon and caviar for I. Plus a few little extras here and there. It was going beautifully until Lovely asked for a particular drink. There was already soft drink for her at home so I politely declined the request.

She sulked. Actually she huffed and she puffed and threatened to blow the house down. She told me she would ruin my day. I told her not to bother because that was already taken care of.

In the end the drink came home with us. She told me she didn’t want it any more because it meant I would be grumpy with her the whole day through. Just between you and me I may have felt like tipping the stupid drink over her head. I’m mature like that sometimes.

Tears rolled down my cheeks on the drive home.

For right or wrong I have always tried to make my mother happy. Yet my own daughter is the polar opposite. In fact sometimes I wonder if her life mission is to see how much angst she can cause within me.

Upon arriving home I set about preparing lunch. Determined that a nice day would still be had. And for the most part I guess it was. There’s just this niggling thing. I can’t even put my finger on it properly I am just bugged. Or sad. Or fed up. Or perhaps just hot and bothered.