In a bid to have a relaxing weekend surrounded by the tranquility of our most favourite camping grounds Friday was a flurry of activity. As I mentioned in my late night ramble as I tried to unwind from it all there was much to be done before we could hit the road.

There were last minute additions to camping gear and food to be purchased. Not to mention all the washing that needed to be done so that not only did we had clothes to take away with us but also some clean ones to return home to and the tidying up that I just knew I wouldn’t want to do up our return. I had no idea that the preparations necessary for relaxation were so intense.

Actually that is a lie. I did have, I has just selectively blocked it from my memory else we would never get away.

By all accounts Edna the Eagle (our caravan) should be fine with a bit of a rough track. While not technically an off road model her previous owners had modified the suspension and raised her higher of the ground than her factory floor sisters.  Before we actually set off on #ouradventureofalifetime though we wanted to give here a bit of a test run on some dirt that we were at least a little a familiar with.

The idea was to head out to Umbrawarra Gorge. A place that we have been to many times before that involves a rather exciting dirt track. Sure at three and a bit hours it was a bit of a drive but the thought spending some time at a place we all love so much made it seem worth the while.

Given the long weekend we expected there to be lots of other like minded souls hitting the road. Though we did expect most of them to be choosing the road that led to the Barunga Festival. We were also under the misguided impression that few people knew of our destination.

After a break of day start that involved almost as much rushed and action packed movement as the previous day we were packed and ready to go only thirty minutes later than Mr Awesome’s requested departure time. Which to me feels like we basically left on time.

Ignoring Lovely’s pleas for Maccas and my desire for coffee we powered off. It was a bit of a lesson learnt for both of us. She was told to have breakfast before we left and due to me being up too late the night before I didn’t get up with enough time or energy to make coffee. Live and learn right?

After an hour on the road, which was slower than normal on account of excess traffic and pulling Edna, the cries for food from the back seat were hitting the unbearable level. The two younger ones had joined in with Lovely. It was like a strength in numbers kind of unison or something. They momentarily lapsed once we passed the final McDonalds but quickly picked it up again five minutes later.

Due to my lack of caffeine and my own rumbling tummy it wasn’t long before I quietly said to Mr A that I thought he should stop at the next roadhouse in the hope they sold egg and bacon sandwiches. I also reasoned it would be a great chance to break my fifty dollar note so as to make it easier to leave the camping fees in the honesty box that gives no change.

Apparently everyone else on the road was having the same conversation because when we arrived at said roadhouse it felt like half of Darwin was also there.

Sadly there were no egg and bacon sangas. Instead we had to make do with a couple of ham and cheese toasties plus some rather dodgy pork and cheese and beef and cheese ones. Beggars can’t be choosers and all that and at least it filled the gapping holes in our stomachs.

Little did I know though about it being a sign of things to come.

Eventually we made it to the turn off that would lead to our final destination. The highly anticipated dirt road to see just how sturdy old Edna really was. Mr A pulled over and took the stabilising sway bar thingies off and we were ready to go.

Oh my goodness and holy dooly.

For some reason the corrugation drove me insane. It went completely through me and left my poor little brain feeling like it was rattling around the empty hollows of my skull. Cue intense headache. All of which may possibly been related to the lack of caffeine for I was still without my daily hit. As luck would have it the road house coffee machine was out of order when we passed through.

To make matters even worse as we approached our beloved campsite we were greeted with the most horrid of sights.

Other people. And lots of them.

So many in fact there was no room for us!!

After slowly trawling through the entire area it was evident that there was just no possible way we were able to squeeze ourselves in anywhere. And with that before I even had a chance to process what was going on Mr A was back on the dirt road and heading back to the highway.

“We will just go to Edith Falls” he said.

“If it is packed out here then what chance will we have at Edith?” I said. Trying to not take my disappointment out on him as deep down I knew it wasn't really his fault though I desperately wanted to hold him accountable.

All the while fielding questions from the girls as to why we have just turned around as opposed to getting out and setting up camp.

Tensions were high to say the least.

By the time we reached the highway my headache had multiplied tenfold and my patience had completely disappeared. I shut my eyes in a bid to make it all go away and save myself from having to answer any more questions or make any decisions. All this really did though was put my neck at a funny angle giving me a creak in my neck and something else to complain about.

So much for a relaxing getaway.

As we pulled into the entrance to the camping grounds at Edith Falls we couldn’t help but notice one of the gates was closed. The sign attached stated that there were no caravan spaces available only cars with tents and small vans. Mr A suggested we go in and talk to them just in case they could squeeze us in somewhere. Edna may have room for all of us but she by no means a huge space taker. Of course I shot him down in flames and stated we were not a tent nor a small van. A small van being an all in one unit that had beds on the back seat.

Given it had been nearly four hours since we left home he decided to pull over and give everyone the chance to stretch their legs and utilise the toilets. Lovely began asking for ice cream the moment she saw the kiosk. Her request quickly shot down in flames because I was just in the mood for saying no.

After relieving myself I began to feel marginally more human and when she asked again I was in a slightly better frame of mind and said why not. After all none of this was their fault and I did have some money in my pocket. The change in fact from the sandwiches earlier that was meant to be our camping fees.

I am so incredibly glad that I had a change of heart.

You see as we were paying for the ice cream another customer asked for a coffee. The attendant told her she would need to wait a few minutes till the boss, who was out seeing what sites were actually available, returned. This of course prompted me to ask if by chance there was any room for us. And would you believe it?

Hallelujah and praise the Lord. I almost instantly began writing my next Thankful Thursday post in my head.


Mind you my thankfulness was quickly on the way out when they said they had no Eftpos and it was cash only. Having just spent all my cash on ice-creams and all.

Thankfully though we were able to scrounge together enough from the bottom of my bag and Mr A’s wallet to see us through. Talk about edge of your seat though! 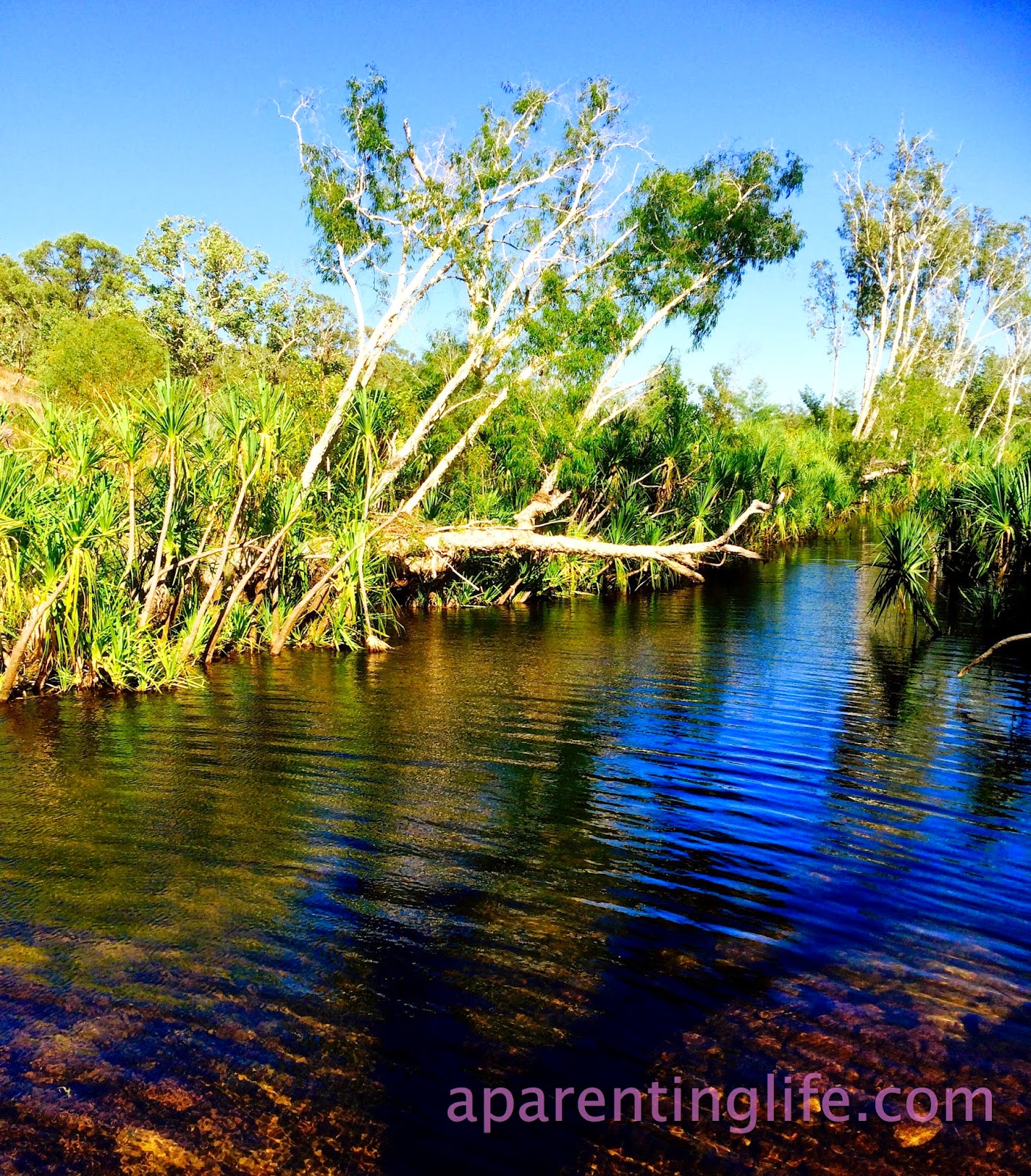 Of course getting to spend time hanging around here did make it all worth the while.