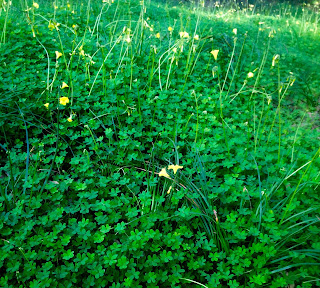 Well this week I am not thankful that my time was the winner of the second State of Origin match. Though I guess I am thankful it was a great game of football to watch.
Other thanks for this week include children being well enough to return to school. I can't help but feel that it is going to be a long winter full of coughs and colds. The little girls, particularly Zany, are still not the biggest fans of winter clothes. And just between you and me I don't really blame them. Initially I thought the whole wearing of jeans and long sleeves and beanies and scarves was a bit of a novelty. Now not so much. I am thankful to have them all though as they do keep me a lot warmer than if I didn't.
As I mentioned last week it was Zany's birthday. I am thankful that she had such a great day, despite not doing anything of great excitement. It was my first day of delivering my to my book round so the girls all tagged along and kept me company. I am thankful that for a first day it all went reasonably well.
On Tuesday I was able to go run. I am so so thankful that I did. It was long and hard and very slow, but it was also one of my best runs in I don't know how long. It felt so damn good.

I am thankful for kind words given to me via the blog, sometimes even from people I have not had the pleasure to meet. I am even more thankful to three beautiful women who took the time to message me in the week. The messages were all just random thoughts and feelings that they were having but I felt special to know that they had chosen me as the one they wanted to share with. Loneliness has been a strong feeling of late and without even knowing it these women eased it for me.

My final thanks for now is rediscovering one of my favourite bloggers from days gone by has started blogging again.


What about you? What are you thankful for?
An InLinkz Link-up

Email ThisBlogThis!Share to TwitterShare to FacebookShare to Pinterest
Labels: 2015, being grateful, Thankful Thursday