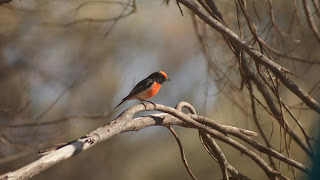 That's how long I've got here. After that Teapot and I are meant to be taking #Lilythedog for a walk. Based on the fact that T is currently sitting on the outside couch perusing the Bookclub catalogue there is a fairly high chance our departure is more than 15 minutes away.
Especially since I have just remember some online training I'm meant to complete for work.


So this time twelve months ago things were a very different affair. I was certainly not just casually sitting on my back deck typing away. No. Not even close. My entire world felt like it had been completely shattered and was almost irreversible. I had no idea what I was going to do.

All very dramatic I know, but trust me, the shit that had just imploded in my life was fucking huge. So huge I can't even bring myself to not use sweary words.

Very few people were privy to what happened. Even now I still don't really openly discuss what occurred. Which I must admit causes some internal conflict. It is a topic that I feel should be discussed openly because it is something that affects so many people. But. In this instance it is not my story to own. While it is part of my story, it is not mine to tell. And yes, I know I could ask permission  to share from the story owner, but I don't want to. I'm not ready to have that conversation yet and I am not sure they are ready to tell it anyway.

All that really matters now though is that at the end of the day the number one rule* was adhered to.

The number one rule, in case you were wondering is 'Don't die' When we were living #ouradventureofalifetime, we met the most wonderful of families. They had two children around the same age as The Little Two and a set up that was eerily similar to Edna and Patty. I can't recall at this point whether I've ever mentioned them here before, I'm sure I must has as this family felt like kindred spirits to us. We spent many a wonderful night with them as our paths continued to coincidently cross.

Teapot has just appeared, ready for our walk so my time here is up.