Just another not so manic Monday 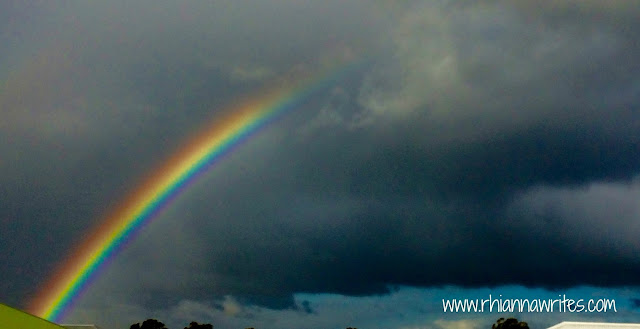 It's Monday morning. In a few short minutes the clock will be ticking over to nine. Which by most accounts is still relatively early. It does however feel as if I have been up for hours upon hours. Time is currently going painfully slow for me and I do not like it at all.
Last night went on forever.
After nearly two weeks of late nights and adjusting to night shifts I thought it would be wise to take the opportunity to have an early night and play sleep catch up. Dumbest idea ever. Apparently my body has decided that it doesn't need sleep for more than two hours at a time. Fun times right there.
Despite today being the start of the second week of school holidays, meaning I could have stayed in bed longer and prolonged the already longest night on earth, I rose with the sparrows, or at least Mr Awesome, as he does not have the blessing of school holidays and doing whatever it is his heart desires.
Tomorrow marks the six year anniversary of Dad's moving on to a better place. The end of his suffering as a mere mortal on this god for saken planet that lets the elderly linger on for what must feel like eternity for them as their bodies ever so slow stop working and start to shut down.
Death is such a funny thing. Especially in the elderly.
I remember back to that fateful day and even through all my heart ache I felt a wave of relief wash over me. I was so glad that his pain had come to an end, that he would no longer have to suffer through each day wondering if it would be his last. Nor would I.
For years my thoughts each day had been consumed with whether or not this would be the day that I had been dreading for as long I could remember. It was at times rather exhausting to say the least. Not to mention pointless but I it was a hard thing to shake. Fear is like that.
I was born when Dad was forty eight. A time in most people's life when becoming a parent is the last thing on their mind.
Not my Dad though.
He was forever saying he wasn't like everyone else. He was right. Over the next seven years he would go on to father two more children.
At the current tender age of thirty seven and with three children safely tucked under my belt, having more children is the last thing I want. I can't see that changing over the next ten years either. In ten years Teapot will be fifteen. The thought of starting over with the whole baby thing again then makes me shudder and want to curl up in a ball.
Not my Dad though.
There was never any doubt as to how much he loved being a parent, even at that later stage in life. What's more is that it wasn't until I was well into my teens that I really started to realise just how much older he was compared to all my friends' fathers.
He had always joked you are only as old as the woman you feel. For a long time I had just giggled not really understanding what it meant. My Mum is twenty one years his junior.
Generally speaking I go about my days not giving much thought to the fact that Dad is no longer with us. It is a part of life I have learnt to deal with. An inevitable part of life that I waited for, for so long that when it happened I just kept keeping on. At three and a half months pregnant I refused to feel grief for the fear of my unborn child having a sad soul.
Each year though as September draws to an end and October slowly gets underway I feel myself become somewhat consumed with an all encompassing sadness. All I can think of is my dear old Dad, how much I love him and how I will never ever get to see him again. Tears constantly well in my eyes begging for permission to roll down my cheeks. Rarely do I let them.
Except for when I write.
Writing is my solace. The place where I can truly be me. It gives me the chance to unravel my mind and find a place for my feelings to fit. It is my one true friend that lets me say what needs to be said.