The morning started rather chillily. Thankfully we were all snuggled up under layers of blankets and donnas so didn’t notice too much until the need for a wee became to strong to ignore.

Mr Awesome was super excited to get a chance to wear his new beanie. Being the tropical acclimatised people that we are beanie wearing is something we rarely get the chance to do. Upon stepping outside Edna however a fellow camper walked past in nothing more than a singlet and shorts. Needless to say Mr A decided he needed to toughen up and promptly threw the beanie back inside. He did not however remove either of the long sleeve garments he was wearing.

Truth be told though Mr A wasn’t the only one excited about the cooler weather and the clothes it allowed us to wear. I too had with great excitement whipped out my R.M. Williams jacket and boots. Sadly though I discovered that initially the jacket is quite cold to wear and needs to be worn for a few minutes to warm up. A mental note to purchase a thermometer was also made so in the future we can have more of an idea as to how cold it actually is.

The two little girls accompanied me on the toilet run and then hightailed it back inside Edna. Lovely had created a warm little haven and invited them to come and join her. The laughter and giggled that ensued warmed my heart endlessly and confirmed that this trip was exactly what we needed to strengthen our bonds. 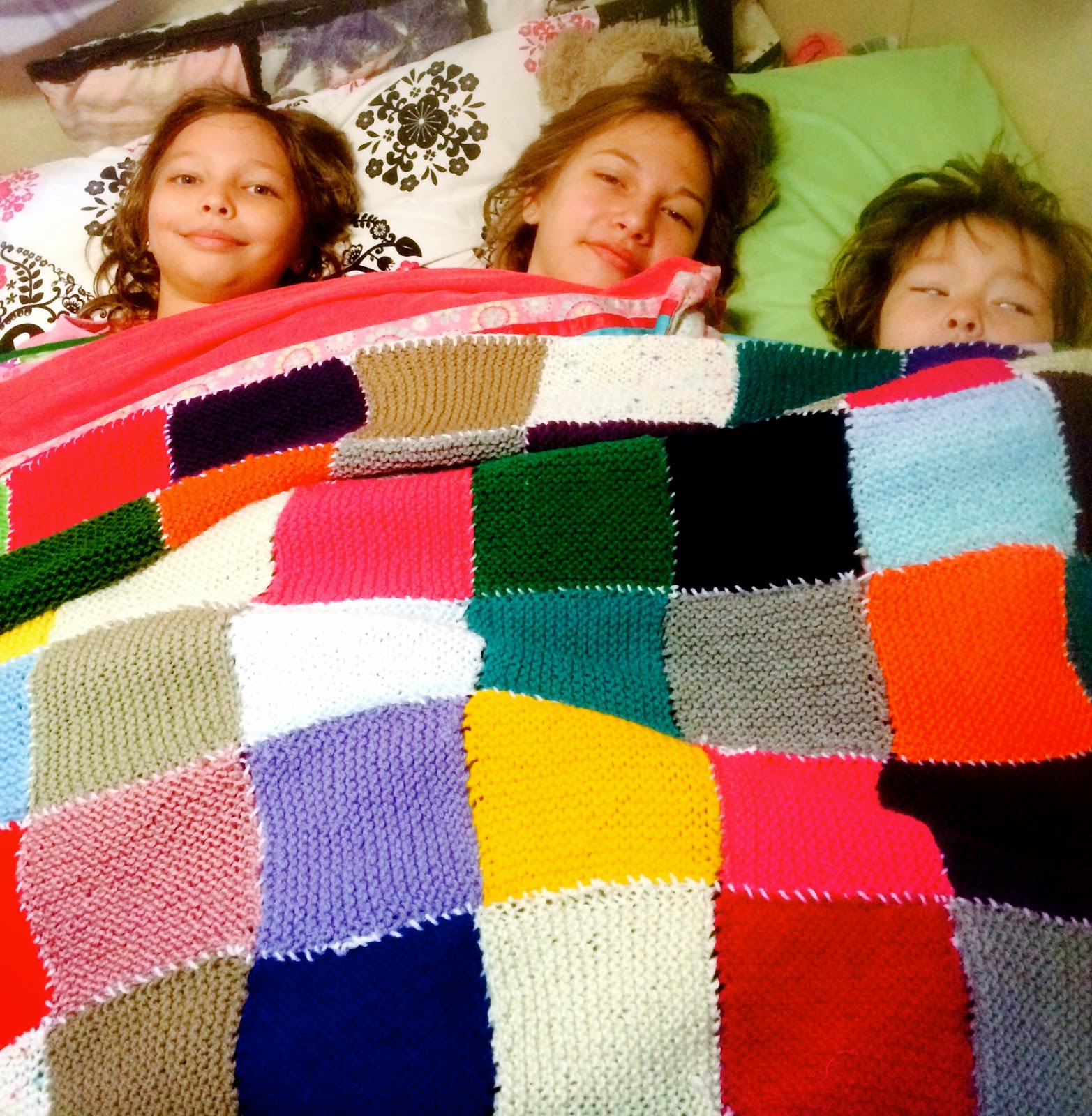 Of course all is not always perfect.

Listening to their giggles is what prompted me to start writing. By the time I got to the part about them giggling Teapot was standing next to me telling me that Lovely was being mean to her and destroying her world.

And by that she meant her Minecraft world on the iPad. Sadly the girls are yet to grasp the lack of electricity and that electrical devices need to be used sparingly. As much as Edna has a battery and solar panels and all the rest of it, it is not to be used for charging toys. Well at least not their toys, it could be a different story when my toys go flat.

----------
I started writing this in the morning while drinking my coffee. Ironically when I came back to add more later that evening my laptop battery had mysteriously dropped from 88% to 12%.

The rest of the day had gone rather enjoyably.

We wandered down to the river and read about the Aboriginal creation stories for the area. Which will be covered in a post all of it's own. From there we started walking down to the boat ramp only to decide it looked like a bit of a hike. So we turned around and returned with out bikes. Twenty minutes or so later we were rather glad to have made that decision. 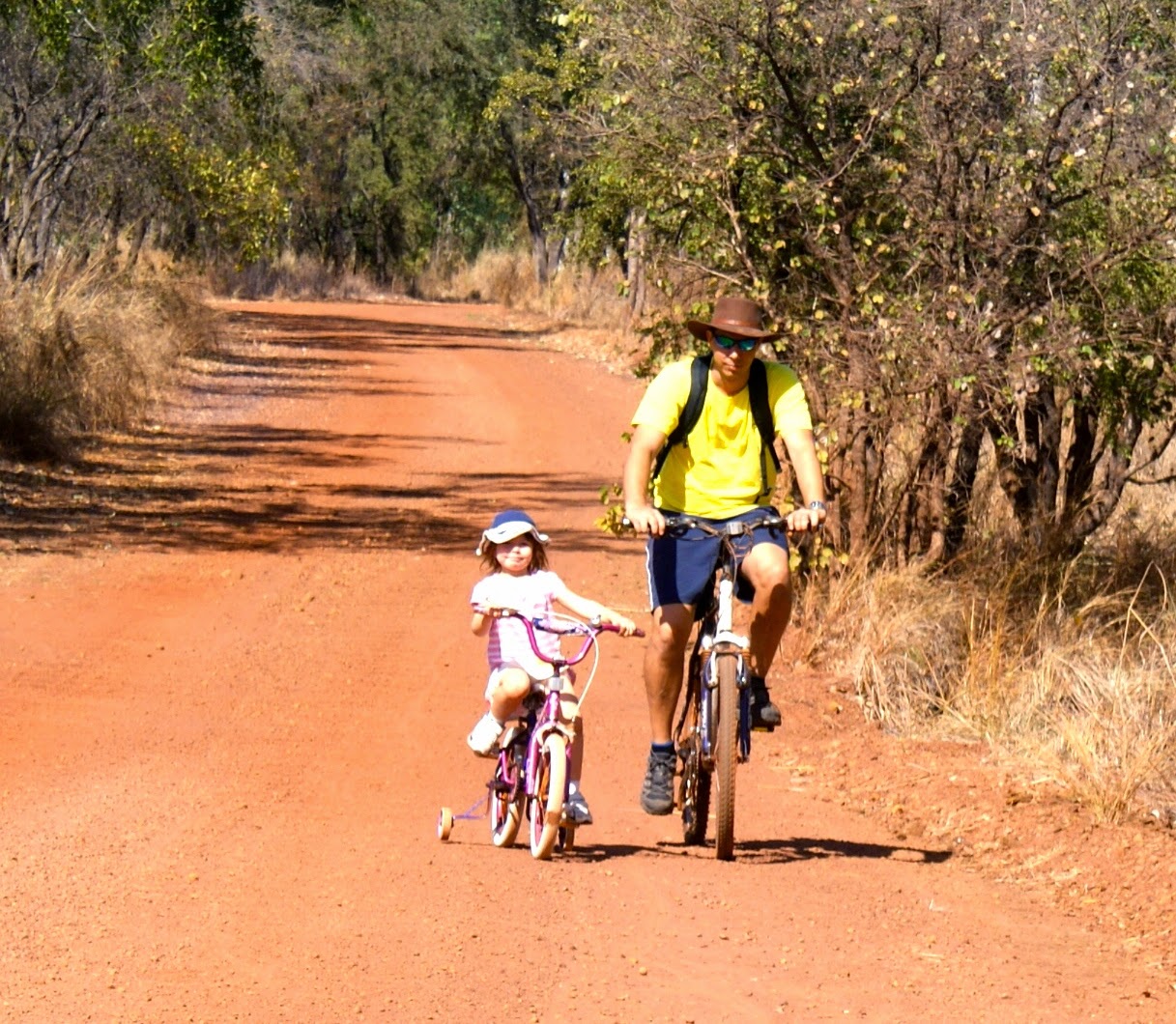 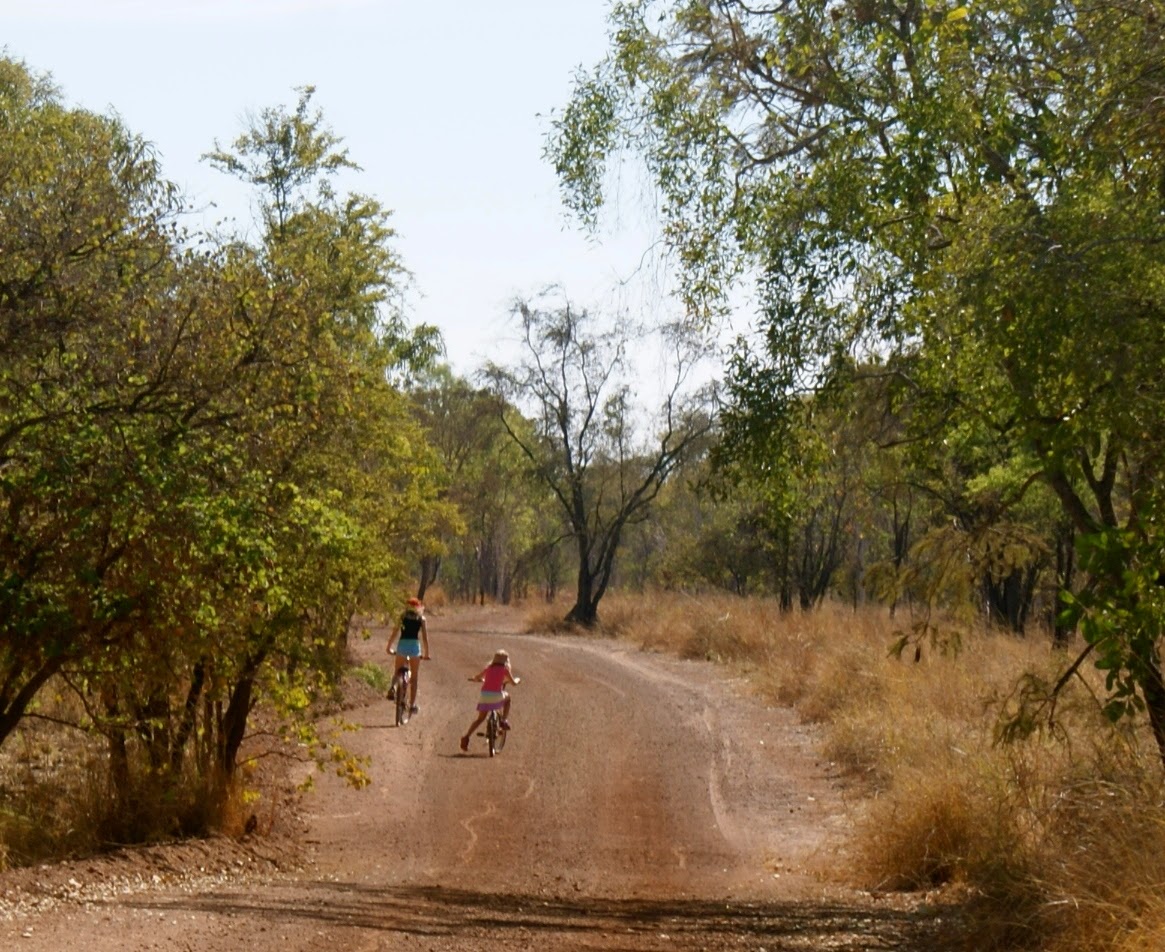 Another ten minutes down the road and there was still no boat ramp (or river for that matter) to be seen. Mr Awesome turned back with the girls in tow and I powered on through to see whether or not there was actually a boat ramp.

There was and it was another ten minutes of rather fast riding away.

When I finally returned back to camp Mr A had the girls lined up to do a spot of fishing down on the river. Leaving me to sit under a shady tree and crochet in peace and quiet. Which was pure and utter bliss.

The fishing expedition was not successful enough to feed us but it did leave one young lady rather pleased with herself.