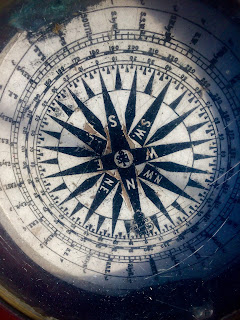 With her coffee cup now empty Sally pondered what to do next. On the one hand the possibilities seemed almost endless but at the same time she wasn't sure if she really could be bothered to do anything. The quandaries of life when you had no one but yourself to think of.
Letting out a deep breath she didn't even know she was holding she took her cup to the sink and rinsed it out and placed in on the empty dish drainer. Looking at the small pile of dishes patiently waiting to be washed Sally decided that they could wait a little longer. Even though there were only a few there she just couldn't face them right then.
The pounding in her head had reduced somewhat but was still present enough to remind Sally it was there. Nothing two panadol and a gallon of water wouldn't fix though. Reaching for the box off the shelf she promptly popped two out of the packet and headed to the fridge for some cold water. Picking up a glass up on the way, she lingered with the fridge door open so she could once again enjoy the cool relief that came with it.
Gulping down big mouthfuls of water at a time Sally immediately felt a little better. It was like the cool liquid reduced her temperature from the inside out. All Sally could think about was submersing herself in water. Only who had a cool bath before eight in the morning? The public swimming pool wasn't really an option either. It was always heavily chlorinated and not conducive to the relaxing submersion that she longed for.
Looking at the weather app on her phone it appeared as if the heat was just going to keep on rising as the day went on. The expected maximin was 35 degrees. Not that Sally really minded. She much preferred to be hot than cold. At least cooling down was much easier than warming up. Once the cold got into her bones Sally found it hard to shake. One of the reasons she took the job in the dusty little mining town was because it was guaranteed to never drop below 18 degrees. Just the way Sally liked it. The other reason was because it was in the middle of no where, where no one knew her which made it easier to try and escape her past. The life she left behind before moving to Tieri was one that she had no desire to remember in anyway. The pain of it all was just too much to bare. Even the slightest detail of it could send Sally into a downward spiral that she feared would one day be the end of her. And while living was not exactly easy some days, it was something that she still wanted to do for a while.
Realising that sitting around the house was not going to do her any good Sally decided it was time to head out for the day. She had heard the locals talk of beautiful walking tracks and natural waterways not too far from town. She had been meaning to investigate them but as yet had not gotten around to it. Generally by the weekend the last thing Sally felt like doing was leaving the house but today she could already feel the walls closing in on her and she just knew it was best to not to sit and dwell today. Today needed to be a day of action else she would fall into the trap feeling sorry for herself and turning to her good friend Mr Alcohol. Thanks to last night's effort she was already on the verge of feeling quite sorry for herself. Besides she tried not to have her first drink until after the pub opened. There were still a few hours before that would happen.
With as much enthusiasm as she could muster Sally filled a couple of water bottles, grabbed a few snacks, her shoes and socks and headed out the door. With any luck a bit of fresh air and hopefully a swim in some rock pool somewhere would be just what she needed.