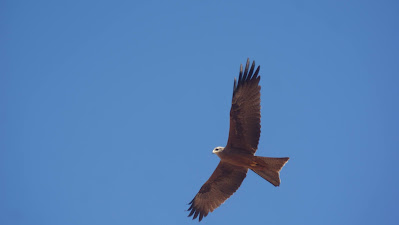 I haven't really given much thought to NaNoWriMo for quiet a few years now. A  few weeks ago an email popped into my inbox from some regional moderator trying to get us all  enthusiastic about the  prospect of smashing out a  50000 word novel in the month of November. A feat  which many moons ago I somehow managed to scrape together.

I've tried again over time however it's just never really worked  out. I've even  changed the rules and just tried to get out that many words in blog posts over the month. After all it''s only 1600 words each and every day. It's not actually technically that difficult to do. Realistically very achievable.

Until of course you actually go to type the words out and there is nothing but complete and utter blankness. Your brain has suddenly become void of all coherent thoughts and ideas, instead filled with a nothingness that is of no use to anybody. The curse of writers block. It is both real and terrifying.

You want nothing more than to share your words with the world. Giving you the ability to leave a lasting impression that  will  hopefully somehow find it's way to be experienced by as many as  possible.  Only when  you go to start the  process there is no idea waiting to be written about. The blank screen before you is unable to be filled and the more you try to think of something to fill it with the harder the task becomes.

So then it's pushed aside for a bit. After all writing is supposed to be fun. A  release from the worries of the real world. Not a reminder of one's failures and unfulfilled desires.

It is all such a vicious cycle. The  block becomes so strong that you start to wonder if you should even bother to try anymore. Or rather you stop making the time to try just one more time. You give up on the possibility of a different outcome. So you leave it. A once burning desire becomes a smouldering pit of disappointment.

Such is life though.

Dealing with smouldering  pits of disappointments. Some much larger than others. And some still with the  slightest possibility of being re-ignited.

But I digress. Obviously writer's block is not too much of a concern today. In fact it is almost the opposite. I have so many ideas that I want to get out it is difficult to decide which one comes out first. Which granted is not worthy of high levels of complaints, it still doesn't' lend itself to fast flowing writing.

That's right, the age old November question for writers around the globe, to NaNoWrimo or not?

Heartbreakingly it's a solid no from me. The craziness of work in the lead up to Christmas will be more than enough for me to handle. Especially since there is already a lot of stuff still waiting for me to handle. More on that later though. Given how little I've actually been able to write over recent years there is just know way that I am going to put that kind of crazy pressure on myself.

I am however going to challenge myself to some daily writing here for the month of November. Ideally I would like it to be around the 1600 word mark as my ego could really do with that kind of boost.

After a couple of really tough years it feels as if things might actually be coming together for  little old me and maybe this is my time to really start to shine.

I just did a word count check. It's at 600. Not a bad start I guess, but I was expecting a little more. So only another 1000 words to string together for today's daily target! Easy Peasy Right?

Just between you and me there was a stage where I was thinking I was going to be so free from writers block that I envisaged even getting a good head start on my word count.

As much as I want to be writing every day I'm still not sure of what it is I'll write about. It's like I'm inspired but I don't know what about. I can see lots of opportunities and hope but not exactly how they pan out or what is the best path to get there.

I  need to find a way so as to write but not have any expectations and just be happy for whatever comes out. It has to be better than nothing write?